Egypt is full of history and awesome set pieces that make it a prime location to set an interactive adventure. Here are seven moments Egypt got featured in the world of gaming. 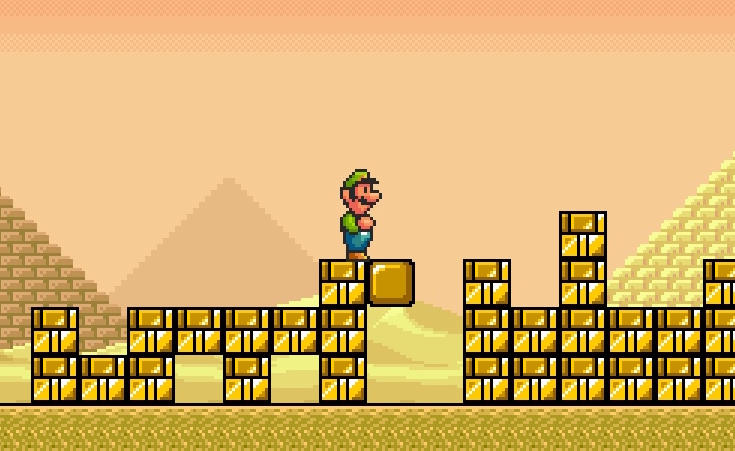 With rumours out that the next chapter in the massively successful Assassin's Creed franchise could be set in Ancient Egypt, Egyptian gamers rejoiced. Historical Egypt has been a seriously underutilised setting for video games. All the history and mythology could make a really badass setting for all kinds of games. This got me thinking about other times that Egypt has been featured in the gaming world.

Call Of Duty 2 - Xbox 360/PC (2005)
Before COD developed the Modern/Black Ops/Advanced formula it has today, it was the best shooting-Nazis-in-the-face simulator you could get. When the 360 first came out, this was the first game most people played - including myself - and it blew minds. The single player was monumental. Jumping between American, Soviet, and British forces taking part in epic WWII battles was one of the highlights of the last generation of games. The portion of the British campaign in northern Egypt is totally amazeballs. Riding into the town of El Daba as part of a British tank convoy - watching the town grow in the distance with the reverberations of exploding shells mercilessly shaking your TV’s speakers, while German dive bombers and British fighters zip above you and crash around you - made your jaw drop onto your controller. By the time you get within the town's walls and actually take control of your character, all hell has broken loose. Tanks blowing up, bullets everywhere, the town’s minaret blown to smithereens right in front of you - all in the first 2 minutes of the level.
Super Mario Bros. 3 - NES (1988) The second world for the ludicrously fun Super Mario Bros. 3 brings you to Desert Land - a land of pyramids, fireballs, and those stupid bouncing fireballs that have caused me to smash many an original Nintendo controller - and those little rectangles are tough. This game is also the appearance of the leaf power-up that turned Mario or Luigi into a Japanese racoon-dog thing that kind of flies through the air.
Mario Kart - Gamecube & Wii U (2003 & 2014) The Dry Dry Desert course from Mario Kart: Double Dash, which was remade with fancy HD graphics for Mario Kart 8, is a fan favourite course. Drifting through the desert and dodging cacti, sand sinkholes, cyclones, and those infernal turtle shells, with ruins and pyramids in the backdrop - amazing.
Crash Bandicoot 3: Warped - PlayStation (1998) Crash Bandicoot was one of the biggest mascots for the PlayStation when it first came out. Trying to mimic the success of the famous moustachioed plumber, Crash saw a lot of releases, including a kart racer. His third game, Warped, introduces the Time-Twisting Machine, which plops Crash and co. all over the space-time continuum, including an ancient Egyptian temple.
Goldeneye 007 - Nintendo 64 (1997) Universally regarded as pretty much one of the best games ever, Goldeneye was one of the first multiplayer shooters that allowed friends to shoot each other in the crotch and watch their character double over and die a slow agonising death. So awesome. If you beat the game on the hardest difficulty, it would unlock a series of bonus levels that included an Egyptian temple level, combining the plots from two of Roger Moore's Bond flicks - Live and Let Die and The Man With The Golden Gun. Figuring out the puzzle that got you the Golden Gun (which let you kill anybody in one shot) was infinitely infuriating and satisfying.
The Sims 3, World Adventures Expansion - PC (2009) I think The Sims games are boring but, since it's one of the best-selling games in the history of ever, I guess I’m in the minority. I’ve had plenty of friends, though, that have insisted on showing me their Sims houses or Simvilles or whatever. The World Adventures Expansion adds all sorts of exotic items and costumes, including a swath of ancient Egyptian-styled costumes and decor items. So, you can finally deck out your miserable virtual slaves’ quarters with Anubis statutes and sarcophagi.
Tomb Raider - PlayStation (1996) Tomb Raider, as the name implies, is an Indiana Jones-esque style adventure that has you hunting down artifacts and raiding tombs (duh). Obviously, this leads protagonist Lara Croft to Egypt. One of the last levels has you exploring the ancient ruins of fictional Khamoon, blasting panthers and solving puzzles to save the world from mutants or something. Not many young boys played this game for its plot, that's for sure.