9 Buildings in the Arab World that Look Like Alien Spaceships

Middle Eastern landscapes are currently transforming from deserts to sci-fi inspired cities of the future. As lovers of sci-fi and architecture we decide to compile our 9 favourite Arab buildings that could double as alien spaceships. 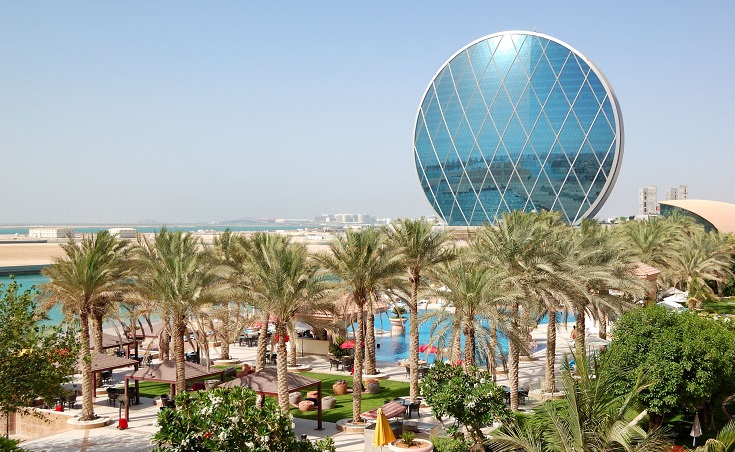 The Middle East continues to drastically change its skyline from desert wastelands and decaying ruins into an impressive alien cityscape boasting some of the world’s greatest architecture marvels. As fans of sci-fi, we couldn't help but make connections as many of these buildings seem completely inspired by a variety of spaceships from classic sci-fi series. Here are nine of our favourite buildings in the region that could double as spaceships. It really doesn’t get any more impressive or Islamic than a breathtaking building shaped like a crescent moon. This incredible project will be gracing the Dubai skyline by the end of 2017. Perhaps you only see a crescent moon and not a space ship, however, our sci-fi eye believes that this building will be the blueprint to future space stations as it makes the International Space Station look ancient. Google Earth hunters stumbled upon this strange structure in the desert east of Cairo. Upon discovering the structure conveniently from their homes, the internet went insane with rumours attempting to claims that it was an alien structure going so far as believing it’s a UFO research center. Although it looks like a structure on Tatooine, chances are this is just another military center as Egyptians know that no matter how broke the nation is, it still spares no expense when it comes to defence. This Abu Dhabi building marks the first disc-shaped skyscraper ever but looks like a flying saucer crashing to the earth. Last we checked it's not Independence Day so there’s nothing to fear about this two-dimensional circular marvel. When it isn’t being confused as a UFO it acts as the headquarter for Aldar Properties, a real estate development, management, and investment company. Looks like the Star Trek enterprise has finally gotten a facelift. Oh, wait! It’s just Dubai’s Museum of Middle East Modern Art. Needless to say, we are pretty sure if this museum wanted to it could travel at warp speed and outrun the Enterprise, but sadly remains docked in Dubai. We’re not exactly sure what we are looking at either. At first, we thought it was one of the ships from Battlefield Earth but we're surprised to find that this structure is actually in Saudi Arabia masquerading as a research center. Either way, the architecture is impressive and alien but doesn’t necessarily look aerodynamic. If we were in a space battle we’re not sure this would be our first choice of ship. Although this is the oldest structure on the list it still reminiscent of a flying saucer in mid-transformation. We’re not exactly sure what it is shapeshifting to, but that whatever it’s transforming into, is taking forever. In terms of space travel we imagine the slits being part of the solar powered combustion engine but that its mission remains the same; educate the universe with Earth’s oldest knowledge. Anyone who has watched Guardians of the Galaxy may be a little confused as this building looks like it has assembled its own Nova Corps shield, but is actually just another architectural marvel. Home to the Abu Dhabi Investment Council as well as Al Hilal Bank, both seeking attention in the alien cityscape that is Abu Dhabi. Nope, the beloved sci-fi cult classic Firefly is not getting renewed, but we totally understand why you would confuse this building with the alliance cruisers. This beautifully designed skyscraper resides in Bahrain and is so technologically advanced that it’s equipped with three wind turbines that generate all of its power needs. Nope, the Klingons haven’t signed with team Ferrari for the intergalactic Formula One league, but it definitely looks like it. Located in Abu Dhabi, Ferrari World is like no other building on this planet, which is why we have alerted the Federation to its presence here on Earth.