Though it isn’t the first time our beloved Om el Donia is featured in the wildly successful series, it’s always nice to see a bit more of home. 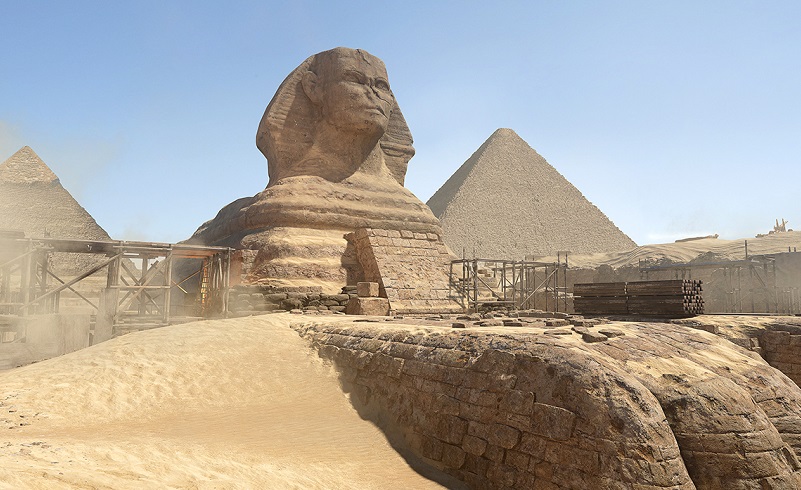 Whether you’re heavily into video games, have a passing fancy for them every now and then or if you don’t see the appeal, you’ll no doubt have heard of the Call of Duty franchise of military-themed first-person shooters. Renowned for their intense twitch combat and careful attention to all things gun-porn, the franchise’s newest entry, WW2, is set to receive a new multiplayer map set in the deserts of Giza, as part of the season pass.

The map, aptly named “Egypt,” features the Pyramids at Giza, the Sphinx, a central temple where we imagine a thousand teenagers’ sick kill-streak montages will take place, as well as the surrounding desert area. Though full details haven’t yet been released, we don’t imagine they’ll be able to butcher the locale too much, seeing as it’s set in the 1940’s, we’re expecting what the landscape looked like back then; war-torn, entrenched and vacant of any surrounding Pizza Huts (much to our dismay).

Egypt has made a few fun appearances in the series over the past few years (if you count simulated war crimes as fun), with the country’s debut in the timeless second entry in the franchise, Call of Duty 2 (also set in the second world war), mostly set in El-Alamein. More recently however, Egypt has made a more futuristic appearance in the (kind of odd) 3rd entry of the Black Ops series of COD games, with massive blazing stages set in Ramses Metro Station, Garden City, and Giza.