Ancient Egypt is the latest addition to the list of exquisite historical places depicted in the Assassin's Creed game series, like ancient Syria and Medieval Europe. 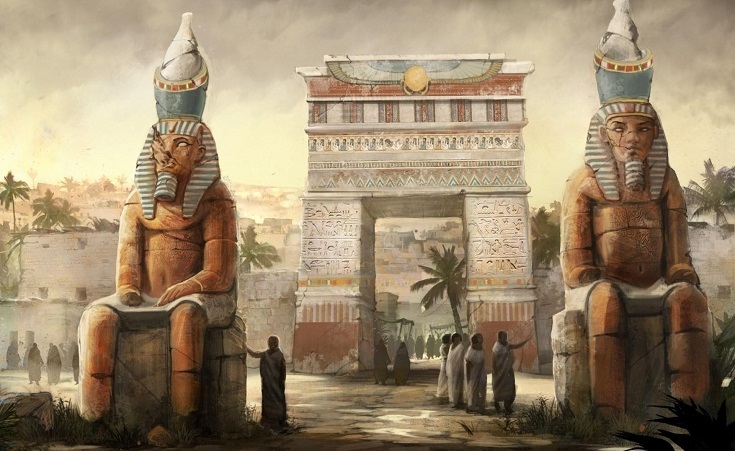 Gather round all you geeks, leaked screenshots from Ubisoft confirmed rumors of  Egypt being the set for the highly anticipated Assassin’s Creed Empire, set for release in 2017, when exactly is still unspecified, This Gen Gaming reports. The symbol above the tomb's entrance resembles a pharaoh’s sarcophagus

Assassin's Creed Empire, which will see the reboot of the series with a new trilogy, is the upcoming instalment in the multi-million historical fiction/action franchise. It has been in preparation since 2015 as Ubisoft decided not to release an Assassin's Creed instalment in 2016, which was the first consecutive year it missed since the release of the first chapter in 2007. The franchise has previously been set in various historically rich locations such as ancient Syria, medieval Europe, and Constantinople.