A researcher in Montreal has spearheaded the next move in wearable tech... 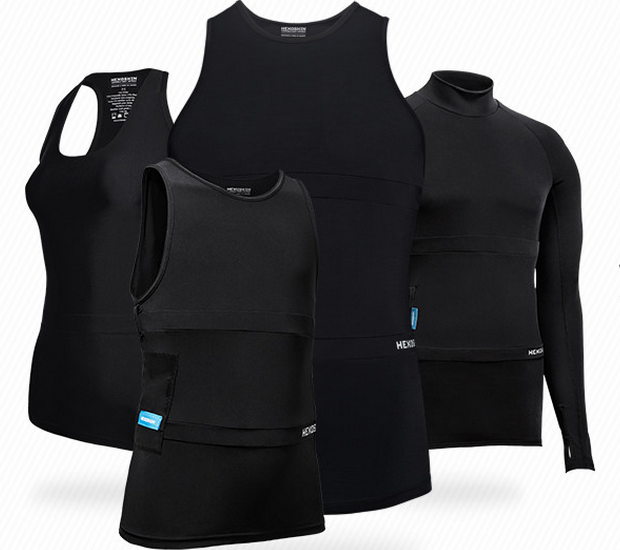 Wearable biometric sensors are evolving each day to improve their accuracy and comfort. Montreal-based Pierre-Alexandre Fournier developed a new technology that allows such sensors to be embedded in fabric while cutting costs down.

Fournier has dubbed this 'smart-shirt' technology and was developed by his company, Hexoskin. The sensors in this t-shirt allow athletes, or anyone actually, to track their movement, burned calories, cardiovascular activities and the number of breaths per minute and more. Afterwards, it keeps analysing the information and sends it to your smartphone which displays them in graphs and general statistics. Talking to the Financial Post, Fournier said “after studying different possibilities we found out that if we wanted to put sensors on people, the best way to do it is to make it part of what they wear every day.”

Fournier's innovation isn’t in creating these wearable smart-shirts, but in making them small, comfy, and affordable. Wearable sensors can be found in Nike and Adidas shoes, as well as several smart watches but they are pretty expensive. Well, Hexoskin is not cheap by any means, but compared to what it could have been it is definitely cheaper coming in at around $400.

There is one thing that we wonder about, though: are these sensors waterproof? Well, we will let the future answer this.