NASA is sending a team to Egypt's Zewail City on April 23rd to judge the second edition of the International Space Apps Challenge, a 48-hour hackathon to solve problems provided by NASA. 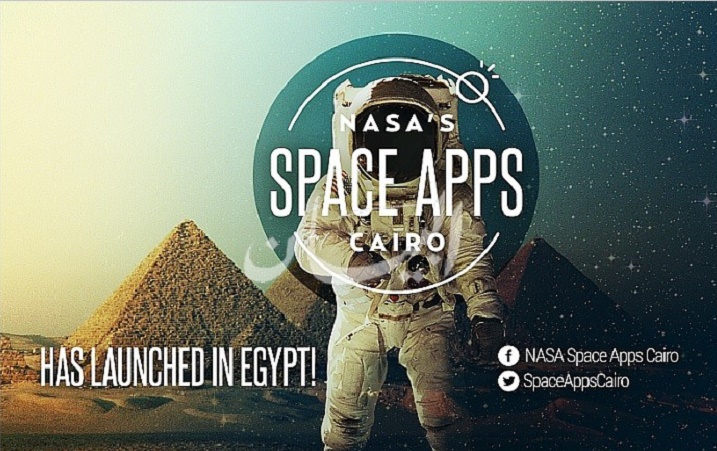 Just like all citizens of planet Earth, Egyptians are captivated by space and the infinitely expanding universe – they also like apps. On April 23rd and 24th at the Zewail City of Science and Technology University, Cairo Space Apps – a group of enthusiastic students – and the IEEE Egypt Section will be organising a two-day hackathon aiming at solving global challenges set by NASA.

The International Space Apps Challenge returns to Cairo for its second edition, bringing together technologists, scientists, designers, artists, entrepreneurs, and developers from around the globe to tackle challenges plaguing NASA, who will present more than 200 data sources and tools to all participants, to develop solutions that will improve life on Earth.

Last year in Cairo, NASA provided 35 challenges to solve in four different categories, including; Earth studies, space exploration, human health research, and robotics. Impressively, over the span of 48 hours in Cairo, the challenge was able to produce 46 projects, which is the largest number of project to be produced by one city in the 2015 edition of the global challenge.

“The International Space Apps is one of the greatest events that Egypt could host. Innovation is part of the youth's characteristics, and I encourage you all to delve into the topics of the International Space Apps, provide ideas, change perceptions, and keep on to try to think about space exploration and how we can better life on Earth in the future,” says Prof. Dr. Farouk El-Baz in a video message to Space Apps Cairo Opening Ceremony 2015.

This year marks the second edition of this event in Egypt, and Space Apps participants will be creating solutions to mission-related challenges broken into six categories: aeronautics, international space station, solar system and beyond, technology, Earth, and the journey to Mars. The first round of judging will occur on a local level, and the top two teams selected will then go on to be judged by NASA, who will pick a winner that will be eligible to attend a NASA launch event. Having NASA sending a team to judge the competition is an honour, as NASA selected Egypt as one of the few countries to which they will send a delegation to judge and actually attend the hackathon.