Samsung has created new technology which helps you view the road in front of the truck. 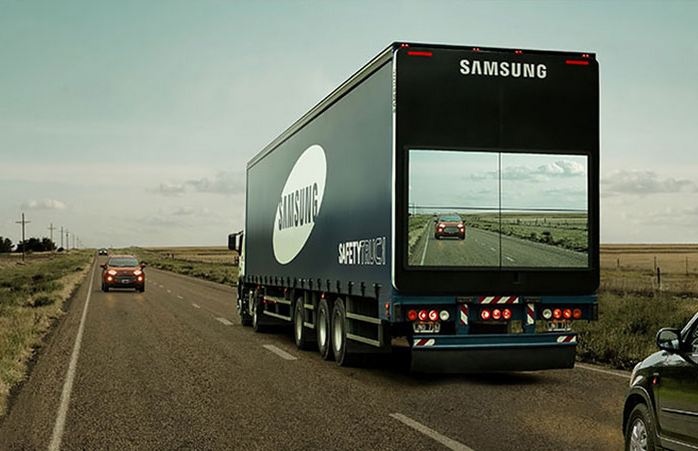 Imagine you are driving your car, day or night, and you're driving on a two-way road, much the infamous Sukhna road. The road you are driving on has but one lane and a truck in front of you that is accelerating so s-l-o-w-ly or not at all… You try to pass them, but you end up coming face to face with another car in the other lane. This situation has lead to deaths of many, especially in Egypt, or in the best-case scenario, severe injuries.

Due to the fast-growing death rate due to car accidents, Samsung has created a truck that helps drivers view the road in front of the truck during the bright light of day or with night vision when it isn’t possible to see.

This works through an attached wireless camera at the front of the truck that captures live video of the road, and sends it back to the screen attached at the back of the truck so cars driving behind it can see.

While the implementation of the idea is fairly simple, and will probably be highly useful, it can cost a lot. So far it's just a prototype but when you look at the possibilities such technology carries, you will immediately wish we had it in Egypt. Just imagine a safer two-way road where you don’t have to think of the constant risk in passing that noss na2l in front of you.