Everyone remain calm; Candy Crush will still exist, but will have a new owner. 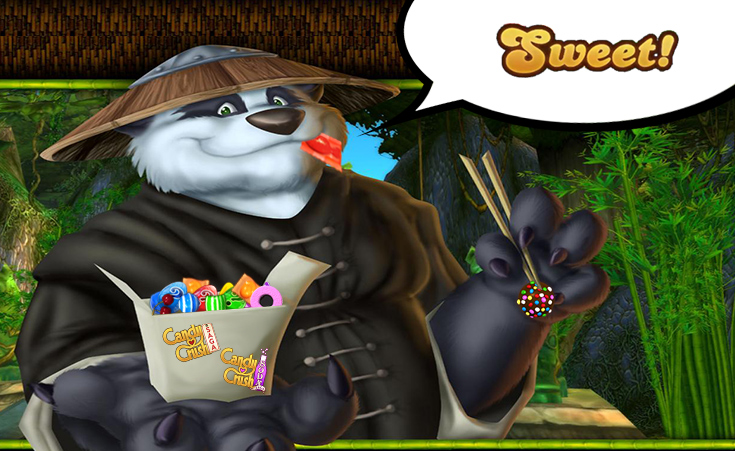 Building a popular online social media platform was considered the golden egg in the tech world; however, the newest money-making trend isn’t in social media but, rather, mobile games and app development. Proving its value in today’s market, the makers of Candy Crush, King Digital Entertainment (King), are preparing to sell their company for a whopping $5.8 billion to Activision.

It is no secret that Egyptians are addicted to Candy Crush, however, they are not alone, as it is believed that the popular mobile game generates between half a million to a million dollars each day. Seemingly as simple as printing money everyday Candy Crush is clearly the most popular game developed by King, but is one of many money-making games. Realising that mobile gaming is the future, Activision - the makers of Call of Duty and The World of Warcraft, among a slew of other popular games - is looking to expand its network into mobile gaming, looking to acquire King (of mobile games) for an estimated $5.9 billion.

According to a press release by Activision CEO, Bobby Kotick:

“The combined revenues and profits solidify our position as the largest, most profitable standalone company in interactive entertainment. With a combined global network of more than half a billion monthly active users, our potential to reach audiences around the world on the device of their choosing enables us to deliver great games to even bigger audiences than ever before.”

The acquisition will allow Activision to generate revenue on a daily basis, and, if it continues on this trajectory, will deliver massive and consistent revenue on an annual basis. Candy Crush has a proven track record that it can keep players coming back for around three years. Furthermore, King continues to expand its array of games with popular spin offs like Candy Crush Soda Saga, which currently sits as the 6th top grossing game in the app store. Needless to say, this is a perfect fit for Activision; however, whether the deal is a bargain or not, only time will tell, but the evaluation given will definitely set a new benchmark for similar companies looking to sell in this blossoming market.