Previous Post
10 Classic Dream Cars That Made Their Way To Uptown Cairo
Next Post
Attempted Suicide: 7 People Who Woke Up Alive

9 Of The Coolest Things From Maker Faire 2016

We were wondering why there was a giant Iron Man outside outside our office at The Greek Campus. Now that finally makes sense. 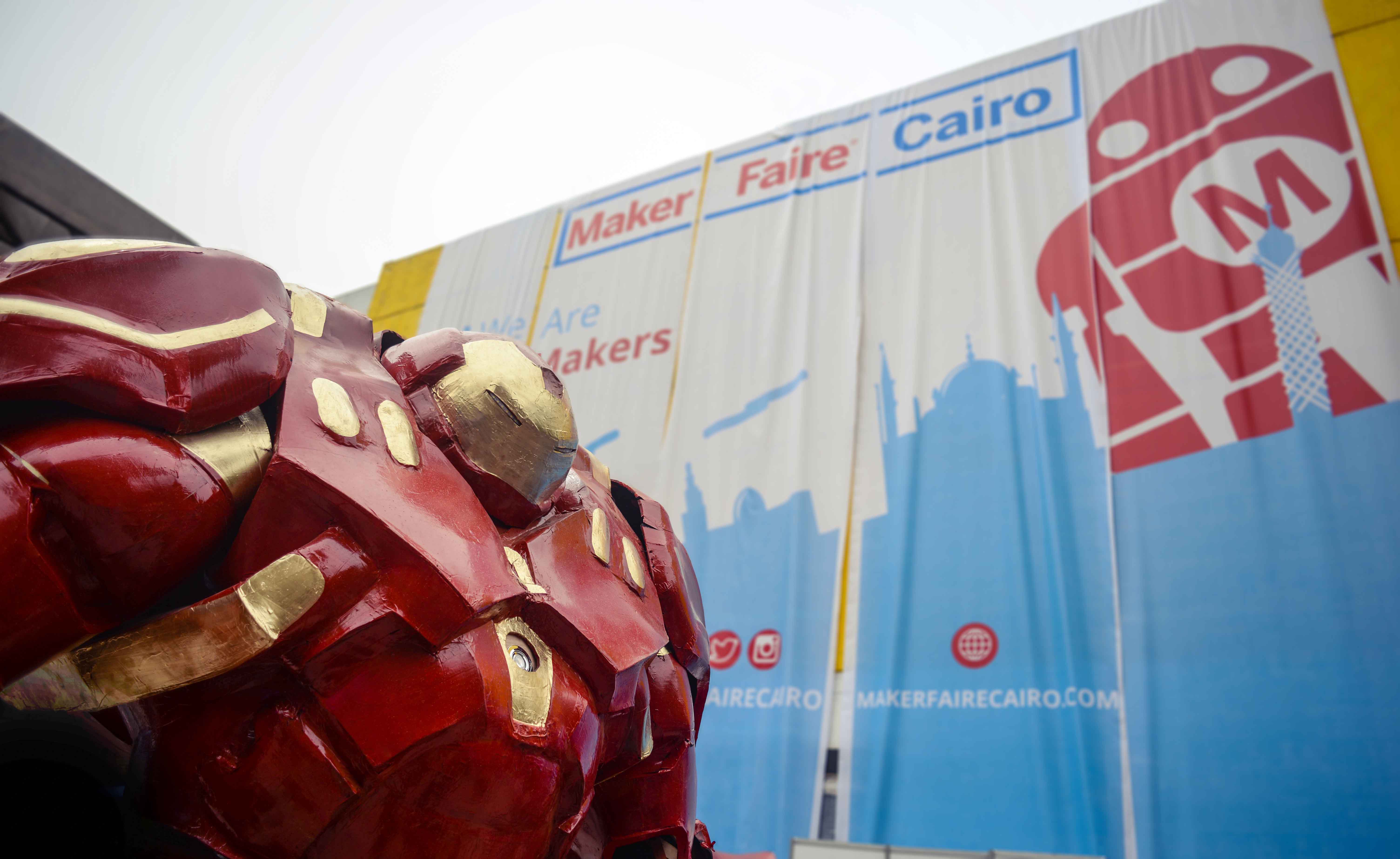 Ah, Makers, how awesome thou art - some using the STEM (science, technology, engineering, and mathematics) to create the future or the reimagine the past, and others using more traditional methods of making. Virtually everyone could be a Maker and not even know it; people who cook, artists, crafters - there's something about everybody that makes them a Maker. Thanks to FabLab Egypt, the Makers of Cairo now have a place to gather, show off, and exchange ideas with like-minded folks. After a successful Mini Faire last year, they've upped the ante and brought a full day of exhibitions, talks, and all around awesomeness to The Greek Campus. We were there to capture all the nerdy glory. Here's our list of the nine coolest things we saw at Maker Faire 2016.
Sign Language Glove

The brilliant ladies at the Maadi STEM School For Girls were showing off their groundbreaking communication device that translates sign language into text or speech in real time. Still a work-in-progress, the device is a glove fitted with accelerometers and Arduino boards to interpret the motions of the user’s hands into the corresponding letters and words. The glove is even outfitted with a sim card so that messages converted from sign language can be sent via SMS or, through voice software, be communicated through a phone call. This gives deaf and hearing impaired folks an easier way to communicate with people who don’t understand sign language and could even render communication between the visually and hearing impaired much easier.
Robots!

The hallmark of any true Maker Faire, there were plenty of automatons on hand to demonstrate Egyptian ingenuity in robotics. Flying drones (safely and legally ground, of course) along with treaded tank bots with pincers on the front were available for test drives - even a few robogames for those feeling competitive. You thought Egyptians were excited about normal football? Wait till you see 100 amped up Egyptians watching robofootball. It also begged the deep philosophical quandary that, if the robots don’t have feet, is it still football? The coolest bots though were hiding in a pool...
Hydra & Aquaphoton Remotely Operated Vehicles

Flying drones may be a bit of a no-no in Egypt, but remote control robots that swim rather than fly have no such restrictions. Seeing a big pool set up in the middle of The Greek Campus was kind of weird, then seeing the bundles of cables and wires coming out of the pool to a table of laptops reassured me that something cool was happening. At the bottom of the pool were two robots that were working at picking up cans and other detritus. The Hydra is powered by Arduinos and is fitted with several cameras and a manipulator arm, and is meant to turn valves, retrieve small objects, and perform other tasks without a person have to get wet. The Aquaphoton is more just for observation, monitoring ships, performing visual inspections on hulls and propellers, and keeping ports secure.
Angela Bermúdez and Other Epic Cosplayers

Definitely a nerdy highlight in a show full of maximum nerdiness were the astounding cosplayers - none more so than Angela Bermúdez. Rocking a kickass Rey from Star Wars: Episode VII, she was striking poses and breaking nerdboy hearts all over the place - pretty sure we saw a real fight almost break out because of who got to selfie with her first. Artist, sculptor, designer, and model, all the way from Costa Rica, she had a booth set up with prints of her work available for signing. Good thing she used sharpie so, when they get drooled all over, the autograph doesn’t wash away. Also on hand were plenty of anime characters and even some Avengers. Oh, speaking of which….
Hulkbuster Iron Man

It was hard to miss the centrepiece of Maker Faire; the towering Hulkbuster Iron Man suit from Avengers: Age of Ultron was visible from almost anywhere on the campus, even with its placement up the stairs in the courtyard. The ginormous work of geek-art drew excited gasps and frantic stammering from little kids and full-grown adults alike. Constructed by up-and-coming ubercosplayer Fouad Adel, who made a normal human-sized Iron Man suit for the mini Maker Faire last year, the giant statue was a big hit. Get it, big hit? Because he’s big and hits stuff...
PVC Boombox

An old adage that’s a part of the Maker philosophy - ‘one man’s junk is another man's treasure’ - was on hand in a rocking way with a set of megaloud speakers built from old PVC piping. Certainly cheaper than a set of Beats’ speakers, these bad boys’ constituent parts could have very easily been mistaken for trash but, despite that, they sound killer. The giant orange pair were set to half volume and were audible across most of the campus, showing that a little ingenuity and hard work can give a Maker all kinds of power.
Virtual Reality

VR is ready to take over the world this year - well, a virtual world, anyway. Video game companies, mobile manufacturers, and even educational institutions are utilising goofy goggles to take interacting with our tech to the next step. Maker Faire saw several Oculus-powered setups from VR roller coasters and games to learning environments courtesy of LIVIT, whoes motto is ‘Educate, Entertain, & Inspire.’ Kids these days; they get all the cool stuff.
Games

Gaming tournaments, courtesy of Gigabyte, meant that any disagreements that arose during Maker Faire could be settled over a quick match of Counter-Strike: GO or Mortal Kombat. There were also a few homemade controllers with game systems built in that were set up to show young Makers how easy it can be to take control and make.
3D Printers

By far the coolest part of the Faire for me were all the awesome 3D printers! This revolutionary technology has already taken the world by storm, but in Egypt it’s been a little slow-going. Now, though, with several local companies up and running, making everything from trinkets to futuristic sculptures, the next industrial revolution is starting to take off in Egypt. 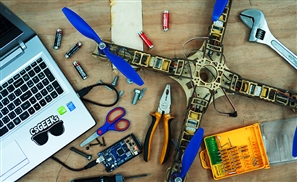 The geeks at the Fabrication Laboratory (Fab Lab) are hard at work, designing and [...] 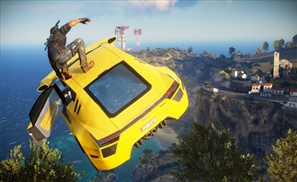 The Cairene geek is a rare and exotic animal with delicate temperament and tastes. [...] 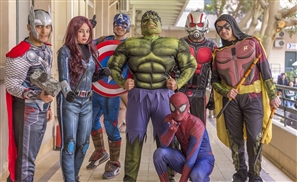 When the geeks of EgyCon took over The GrEEK Campus, our cameras were locked n' [...] 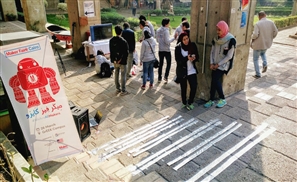 O ye creative cats, listen up. The builders and dreamers of Cairo will be getting [...]
Week Month Year