This Weekend is Your Chance to Win a Free iPhone!

No really, just showing up at Tradeline this Friday could save you some serious cash on your gadget habit and even net you a free iPhone or iPad. 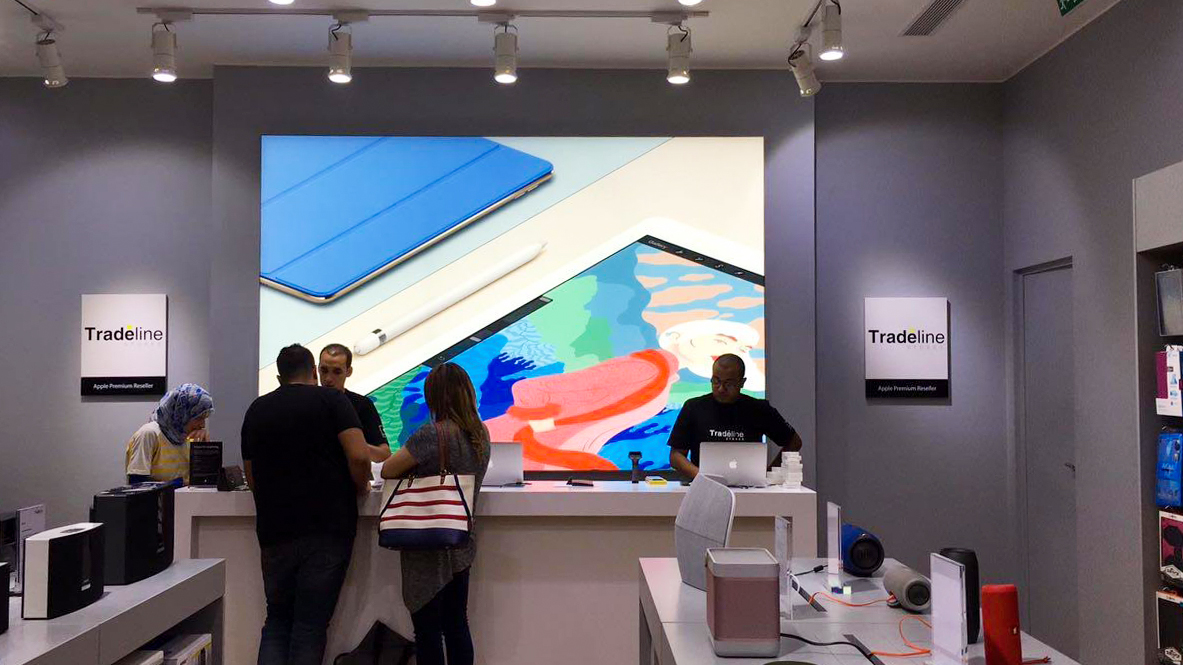 Free stuff is awesome. Getting something for nothing while simultaneously sticking it to the capitalist 'man' is both economical and trendy. Apple gadgets are awesome too. They keep you connected and keep track of your life, saving you precious seconds that are better spent watching videos of cats sitting in boxes. And they're just so damn thin too. Surely you can see where this is going, free Apple gadgets. Yea, we're screaming too.

Tradeline, the gadget store of our dreams, is celebrating the fact that they've officially been chosen as an Apple Premium Reseller by giving away a bunch of shiny Apple stuff at CityStars this Friday. Not only that but for the first 15 minutes after they open up with a ribbon cutting ceremony at 7pm, everything in the store is going to be 20% off. We don't know about you but we're seriously digging out all our camping gear for an expedition to CityStars to make sure we're first in line for this deal.

So not only do you get one-fifth off whatever you buy for fifteen whole minutes but there will also be a treasure hunt around CityStars. What treasure you ask? How about an iPhone SE or an iPad mini? Those things are more valuable than gold. And admit it, if you did find of treasure you'd just use it to buy an iPhone and iPad anyway. For every hour from 7 to 11pm Friday, get your Tradeline treasure map and hunt down a golden ticket (RIP Gene Wilder) from one of the 5 different folks hiding in plain site within CityStars. This golden voucher isn't going to get you a tour of an iPhone factory but it will get you the next best thing, an actual iPhone SE or iPad mini. You'll also be surveilled by Tradeline spies who will be sending footage of your hilarious treasure hunting ineptitude back to the store to be blasted on a projector screen for all to ridicule.

If running around, actually, physically looking for stuff sounds exhausting you do have another option to get your hands on a free iThing. Just hit up the photo booth located in the Tradeline store, let the photographer take a picture of you and share it on Instagram. As soon as you post it to your Instagram account, tagging and hash-tagging Tradeline of course, you will automatically be entered into a raffle that takes place once every hour between 7 and 11 pm.

Gear up Apple freaks and start camping out now to guarantee yourself a place in line for a chance to win FREE APPLE STUFF!