Previous Post
#YaMama: The First Moment
Next Post
Unfamiliar Things Are About To Happen To Cairo's Nightlife

The issue at hand is that the educational system that we are following today, is the same system they used during the Enlightenment period- which was structured for the industrial revolution; a time where child labor was present.

What you’re about to read right now was written four times before. Why? Because it sounded too academic, and I didn’t want it to sound academic; I wanted it to sound like me. It occurred to me that it sounded academic because, in school, I was always taught to write formally and use big words. From the moment we start school, we are taught to work hard, achieve high grades, get into college, graduate, and get a job. That is the sole purpose of our existence. Did you ever stop and question why? Did you ever think that the system could be flawed? Once a child enters a school in Egypt, their creativity is imprisoned in their own head because schools do not encourage creativity. The issue at hand is that the educational system that we are following today is the same system they used during the Enlightenment period, which was structured for the industrial revolution - a time where child labour was present. During that time, an artist wouldn’t be able to make a living; however, now it’s possible, therefore educators should encourage people to do what they love.

“In Egypt, most teachers cram information and expect students to vomit everything onto a paper. How is that creative thinking? When they teach material, active learning does not exist, neither do discussions,” says Dr. Hani M. Henry, Associate Professor of Psychology at the AUC. Without liberal arts courses, you will not be a well-rounded individual; you can focus more on mathematics, for example, but completely pushing aside social sciences will eventually turn us into cold robots. For example, if you’re a doctor, you have to see the patient in a humanistic way, not just as body parts to treat. “You definitely have to have a balance between subjects like art and mathematics; the arts give you a greater ability to communicate and imagine, and this not something that the regular system enforces. In most universities, there is a set core curriculum,” says Dr. Henry.

Our problem with education is not institutional but, rather, it’s a matter of implementation; public schools allow themselves to alter and deliver the curriculum how they see fit, as opposed to private schools. As a result, “making students memorise to pass the exam; that is the professor’s goal. There is a lack of creative capacity in the majority of educators; they all want to get the job over with, get paid, and that’s basically it. Most teachers just follow a textbook,” says Hassan Fawzy, English Professor at an American school in Egypt. Still, the overall problem is that there is an educational gap between the wealthy and the poor; the people of Egypt are dividing into two and creating a huge and dangerous gap. This is also one of the main reasons as to why our mentality is not somewhat on the same level. “When you program students to think and act in a certain way, it will hamper their growth. Is intelligence a general trait or are there multiple traits? Interpersonal intelligence, emotional intelligence, and aesthetic intelligence, are all different forms of intelligence; however, education addresses only logic,” says Dr. Henry. Each person is distinctive in their own way and wants to flourish into something unique; not all people want to become doctors or engineers. Every educational system around the world positions the subjects by how important they are, especially in Egypt. Sadly, every single school ranks art last and has mathematics and science at the top. There are several great influencers through time that have truly left their mark in history, such as Leonardo Da Vinci and Michelangelo, who never went to school. However, Da Vinci was a scientist and an artist. He was interested in all mathematics, science, and art. In addition, George Kelly, a famous psychologist, educator, and personality theorist, was a mathematician at first. Taha Hussein was blind, but he was a genius. “Anything that is artistic is more essential than scientific and academic courses because humans in general can have facts and science, but if they do not understand the art, they cannot generate a proper constructive option,” Professor Fawzy explains. In addition, schools or education in general make it difficult for their students to do what they love because they are forced to take subjects that they don’t like in order to help them in the future – it’s always either or. “I don’t see why they can’t be both; I believe they’re somewhat intertwined. The system does not bring these courses together - they can all collaborate into one,” explains Youssef, owner of a big advertising company.

Ahmed and Youssef, owners of the biggest advertising company in Egypt, both dropped out of university. This goes to show that it doesn’t take much to be successful, all you have to do is pursue what you love and you will excel at it. “Everyone should be more of a self-learner. I believe that the educational systems teach you words, numbers, and people, and they don’t teach you how to learn, absorb, or use the information given,” explains Ahmed. The question we all asked as kids was, “how am I going to use this in real life?” The teacher always failed to answer. How is originality and creativity rewarded on a multiple choice test? It isn’t. “There is a lack of practicality in the system. Even if I was going into a film or production school, I wouldn’t have been able to apply any of it because all we study is theories. I’ve learnt more about production and how it works, about the market and advertising, and client relations, all while running the company,” explains Youssef.

Ken Robinson, an author, speaker, and international advisor on education, states that “public education is educating students out of their creative capacities.” The unfortunate truth is that each student has a unique talent - whether it is dancing, singing, or painting - but the school does not encourage it. As the famous Pablo Picasso one said, "every child is born an artist; the problem is to remain one once they grow up." Encouraging creativity has many advantages, but the most important one is that it makes peoples' minds more original. In addition to that, it also expands the mind and makes it less difficult for students to solve problems given to them.

“What hinders creativity is creating blocks that limit that, and artist inside dies,” explains professor Fawzy, However, when a student is encouraged to express their thoughts without limitations, they significantly progress and stand out. A student’s creativity is expanded when allowed, thus leading them to discover their abilities and explore their imagination. Robinson says that “…the human brain is diverse…we think with sounds, visuals…intelligence is dynamic and wonderfully interactive.” Each individual will discover a myriad of ways of learning if they investigate their artistic skills. So, why not expand and encourage children to pursue what they truly love? He also states that ADHD has grown in parallel with the growth of standardised testing. Coincidence? People should focus on building an excessively creative future for students and children, because human imagination is a gift and it should be appreciated and not hidden. 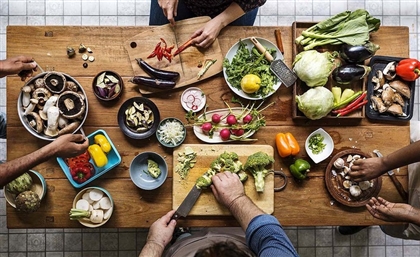 Launched in accordance with City and Guilds, Noqoush is the culinary academy set to [...] 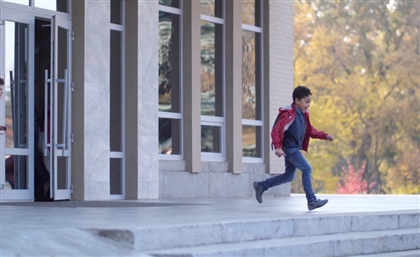 Parents Could Be Fined When Their Kids Skip School

The Cabinet of Egypt has approved a set of amendments that will fine their parents [...] 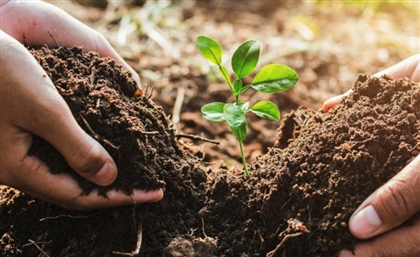 The Ministry of Education has issued an official instruction to all schools to [...] 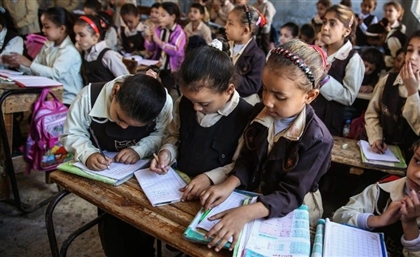 Eight billion pounds are allocated for school meals annually, with each of these [...]
Week Month Year