Dear World: Ignorance Will Destroy Us 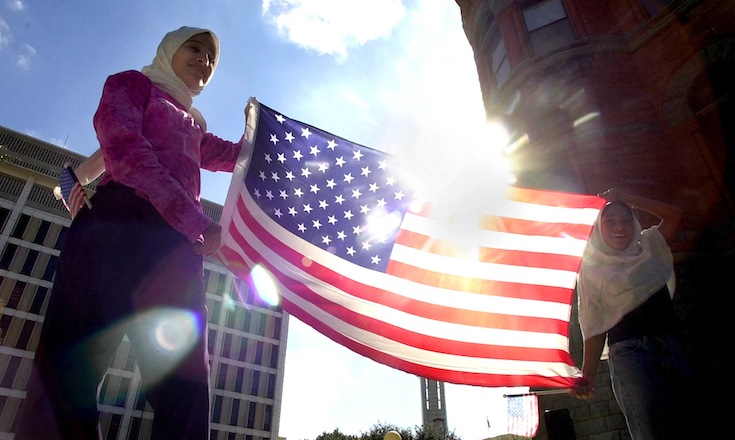 When I first heard of the terrorist attacks in Paris, the first person who came to mind was my mom.

She lives right here with me, but she was first to cross my mind because I knew that she, along with every visible Muslim in America, would become ever more noticeable. My mom veils her hair with the hijab. I, on the other hand, don't, and go undetected.

I worried deeply about what might happen while she's out doing the same things Americans do on any given day. Will she be attacked by someone while she's shopping at a grocery store or while stopped at a traffic light on her way somewhere? What would happen? Will someone come to her rescue or will people look away? My mind ran through the stories of Muslims who have been attacked the way I would shuffle through a newspaper on a Sunday morning.

This wasn't the way I used to feel whenever I heard of a terrorist attack.

My first thoughts whenever I used to hear of a recent terrorist attack would be, 'hopefully it has nothing to do with Muslims or the Middle East.' Then, when I would succumb to the reality that it was in fact the acts of some twisted criminals using my religion to score some sort of political points, I'd prepare myself to respond, brushing up on facts using the very teachings of my religion.

But I didn't do that when the Paris attacks hit, and I noticed the change right away.

I told myself, 'those whose minds are set that Muslims and Islam are responsible will never change, just like those who commit these kinds of attacks. The two are of the same mold.'

Right away I recalled the way I used to feel in my amateur days, symptoms of the post traumatic stress disorder many Muslims have suffered since 9/11.

And I simply could not ignore the hypocrisy that came with the Paris attacks.

Exactly two days before the Paris attacks, there was a suicide bombing in Beirut. Ironically, it was in the city known among Arabs as the Paris of the Middle East. And yet, I didn't see images of the Lebanese flag as the backdrop of every photo on social media. Just a few days after the Paris attacks, 32 Nigerians were killed by Boko Haram, another terrorist group that pledged its allegiance to Daesh and, again, I didn't hear or see widespread outrage over them.

Thousands of Muslims have been tortured, raped, burned alive, and beheaded by Daesh all over the Arab and Muslim world. Yet I don't see or hear the names of their countries or cities on everyone's lips and status updates.

Children's bodies have been washing ashore the beautiful coasts of Europe. Syrian children have been held in crumbling prisons without food or sanitation on an island off the coast of Greece. Hundreds of thousands of Syrians have been fleeing the brutality of Daesh in the kind of despair that is leading them to run straight into the deep and betraying depths of the sea. Yet the world and its so-called leaders have been standing still, consulting with each other on what steps to take to solve the Syrian and other crises — crises we in the West have created.

It is hard to understand why some people matter more than others. What is the difference between a terrorist-led shooting or attack in Paris, Beirut, Tunis, New York, or Sharm el-Sheikh? Are those who die in one city more human than the others who die in another city? How are one city's people better or different from another's? And why is one city given more importance than another? Could it be because there is a tendency to believe that bloodshed and injustice are synonymous with Arabs and Muslims? Does this then happen because it's the Arab Muslim's fault and not the French's?

How could a father or a mother, no matter their race, ethnicity, or religion, bear the loss and death of their child? What is the difference between a Muslim or a Christian or a Jewish daughter who agonises and worries about her loving mother?

What is even more troubling is that the minute this happened, America's representatives quickly turned their backs on those who need them the most: the Syrian refugees.

We preach about our ideals, our honourable American standards and abilities to respect the dignity of humans' lives and spirits, and yet we act exactly like those whom we criticise. We discriminate against those who are different from us just like our enemies do. Yes, we do. Some of us demand that only Christians can be allowed in while others call for the violation of one of the essences of our foundation: freedom of religion.

I wrote earlier that I didn't feel the need anymore to defend Islam and my community. But I am not quite sure I am fine with ignoring those who use Muslims as scapegoats when these kinds of attacks take place. For someone like me - a person who grew up in another country, who understands the nature of other troubled places around the world, the struggles one must face to make it through, the history of this nation - America symbolises human integrity, the kind that leads us to the end of the Selma Bridge and keeps us moving toward a brighter, more dignified and enlightened future.

I could not accept this hypocrisy and I mourn this behaviour. I mourn it as a Muslim and as an American. I mourn it to the point of no sleep, anxiety that rips deep into my heart, a headache that thumps my head and throbs in my mind. I mourn for my religion and culture, for it has been dragged through the mud from various directions. I mourn the state of a great and seemingly exceptional nation that has been reduced to fear. I mourn for a people and a nation that seem to have forgotten their past; those who died in its defense of ideals and survival; the stain on its conscious; and the work its founders, ancestors, and activists have laid forward and continue to work through. I mourn its willingness to give it all up in exchange for a sense of security.

I could not accept this, not even as sheer ignorance. We all should not accept this, for if we truly love our country, our ideals, our respective religions, or lack thereof, and what makes us human, we must stand against the storm of ignorance and hypocrisy. Or it will destroy us with it.