Why is Egypt is So Successful at Handball, Yet Has Virtually No Support?

With the upcoming Handball World Championship 2021 set to be held in Egypt, Mourad Awad dives deep into a history tainted with neglect towards the sport Egypt is by far most successful at. 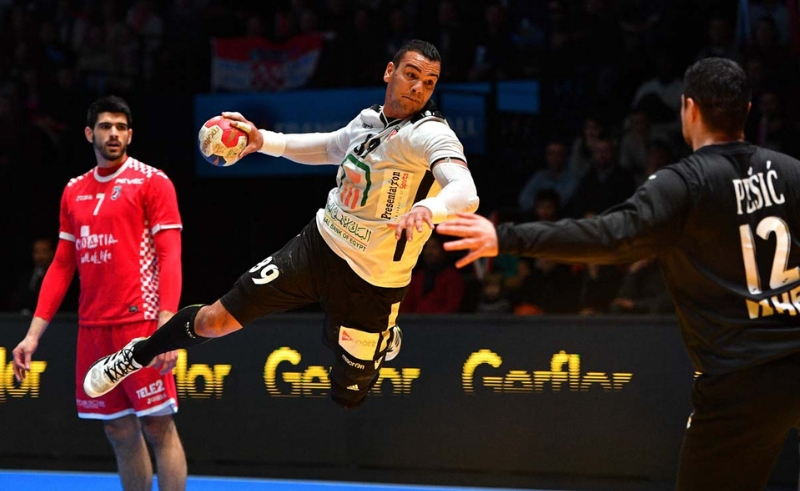 If you see two Egyptians talking about sports, chances are they’re talking about football. Egyptians are clearly football-mad, and highly successful at it, with Egypt having the most African titles, and being only 1 in 5 African teams to compete in last summer’s World Cup.

But did you know that the Egyptian handball team is even more successful than the football one? So why will most Egyptians practically be lost at words if you ask them to name just one of our handball superstars’? Is the sport getting the support it deserves in Egypt, both by the federation and fans?

“No, I believe handball’s not getting enough support by the fans and by the government, and handball is by far our most successful team sport in Egypt. We made it to the Olympics more than any other sport, and achieved higher worldwide rankings than any other sport. We are always competing in the World Cup, and we have the most African titles. It’s not getting enough attention” exclaimed Dongol, born Mostafa Sadek, who’s been a part of the handball team of the recent African champions, Zamalek SC.

For a sport so successful, it’s a big surprise that up until three years ago, Egyptian handball players couldn’t make a living solely off of handball

Unlike in the Egyptian football team, of which many players lead international careers, such phenomenon is much less prevalent in handball, though it’s definitely improving.

“Many players want to play abroad, but we don’t get many opportunities. It’s only started to happen more recently. In the past 3 years, six or seven players moved to clubs abroad. Before that, I can only think of one that made the move. There’s now more awareness, and more agents looking for players to take them abroad. Another major problem is the language barrier. Most of the handball players here don’t speak English, for instance, but this problem is being solved with agents advising the players on language courses months before they sign a deal to play abroad”, added Dongol. For a sport so successful, it’s a big surprise that up until three years ago, Egyptian handball players couldn’t make a living solely off of handball, and had to rely on other sources of income on the side.

“Up until three years ago, handball couldn’t be your sole income, with 95% of the players having second jobs. But there’s been a shift in the wages of salaries of handball players in recent years, so at the moment it’s enough to make a comfy living out of it. That is what pushed people to take handball more seriously and try to go professional. And in turn, this gave the players the opportunity to play abroad, because they can now focus solely on handball and do it full time” added the Zamalek centre-back.

The 27-year old Mohamed Sanad, who now plays for USAM Nîmes Gard in France, almost gave it all up for a construction job, not because he didn’t feel like he was good enough, but due to how complicated it is to actually play abroad.

“It was my dream to play in Europe and it is never easy for an Egyptian player to play in Europe, because it doesn’t only depend on whether you’re a good player or not. It is extremely complicated, I almost gave up and I started working at Orascom Construction Company. I had a good job with a great future, but deep down I did not feel right about it. Then, one day I got that offer from a small team in Hungary, and it wasn’t an easy decision but in the end with the support of my wife and my family I decided to take the challenge. We saw it as a chance, a chance to show the European handball community what I was capable of. As we started, it was really tough, but as time passed things got better and better”, said the 27 year old right-winger, speaking to Kingfut. This move proved to be highly beneficial to the young man, who was recruited to La Liga ASOBAL (Spanish League) runners-up Naturhouse La Rioja just one season later, allowing him to participate in the Champions League, the biggest competition in the world. Young Egyptian handball players will surely be looking up to this man, in the same way that he looked up to Hussein Zaki after his and Egypt’s success at the 2001 World Championships, clinching an amazing fourth spot.

At the time, Zaki was one of the few players who played abroad, and Sanad, being only 10 at the time, already knew he wanted to follow in his footsteps. “From what I can see now, [Egyptian] handball players are looking up to me playing in the Champions League, the biggest competition in the world, and I think that Egypt has manly talents that could potentially play in Europe and in this competition, and I think they should follow their dreams and just do that” said Mohamed Sanad, speaking to ehfTV in 2016.

It may come as a surprise to many to hear that the president of the International Handball Federation (IHF), is, well … Egyptian. Former Al Ahly handball player Hassan Mostafa has been at the helm for 18 years, and the man won the last two elections unopposed. “Other candidates for presidency withdrew due to how powerful and connected he is in the world of handball. At first, I didn’t really see him helping the Egyptian handball scene and thought he could do a lot more. But in recent years, he’s been helping players with connections and contacts abroad. At the moment, we [the Egyptian national team] have a Spanish coach (David Davis), and he was recommended by Hassan Mostafa, who helped the Egyptian federation get in touch with him and convince him to come to Egypt. So in my personal opinion, his help has been increasing in the last 5 or 6 years”, said Zamalkawy African champion Sadek.

The Handball World Championship 2021 will be held in Egypt, after beating Poland and Hungary to become the next host of the most important international handball championship, and from an outsider point of view, this can only be healthy for the handball scene in the country. “Definitely, after every tournament played in Egypt, a certain amount of awareness is given to that sport. Two years ago, we hosted the African Cup here in Cairo Stadium, and that gave handball a lot more awareness, with people recognising the players, and the government and Ministry of Sports giving a lot of attention to the handball team. However, this was only during that tournament. After it ends, the attention starts to slowly die out, but it’s always a bit higher than before the tournament. After we host the World Cup, I expect the handball team to get even more attention and, more importantly, awareness”, added Sadek.

Handball in Egypt is definitely gaining more popularity, as can be seen with a rise of Egyptian players playing abroad, as well as a shift in the salary structure that finally allows players to focus on handball full time. For a sport that originated in Ancient Egypt, Zamalek left back Dongol believes that handball deserves more respect and support from the federation, but has a positive view of the scene in the near future, with who he believes are the right people currently in charge of the federation. Who knows - maybe in the future, handball will be played by Egyptian kids in the street too?