Valentina Primo delves into the inspiring story of Mona, an artisan striving to be an entrepreneur against the odds of a society who turns its back on sub-Saharan Africa. Here she talks the importance of education and the struggle to keep her peanut butter business alive. 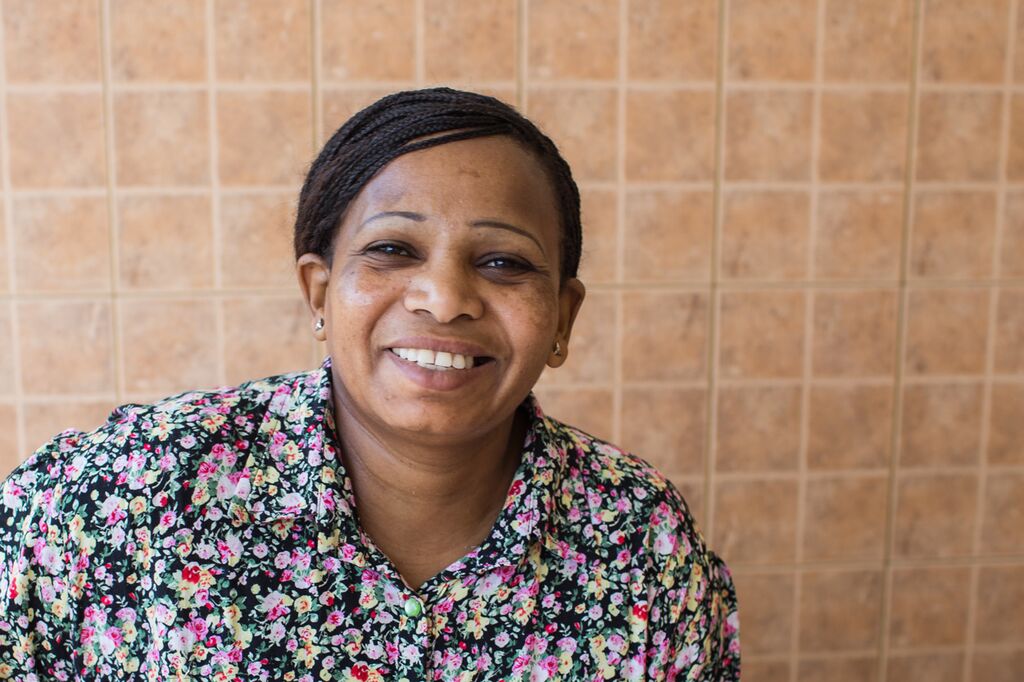 Mona’s pristine smile deceives the eye. The softness in her voice and her un-wrinkled skin do not reveal the 40-year-long struggles this strong woman has faced since she moved to Egypt. As our conversation unfolds, some pots of Peter’s Peanut Butter stand proudly at the wooden table, still carrying the name of the ex-husband who left her and her one-month-old baby, 16 years ago.

The daughter of an Egyptian mother and a Sudanese father, Mona was born in Yei, a city in the southernmost tip of South Sudan, the youngest country in the world and a nation born to the blood of one of Africa’s deadly civil wars. But Mona cannot see her homeland: “The Sudan I know is very different from what it probably is now. I haven’t been there since its independence, because it is very expensive and there is no safety,” she says. Although she is not in a hurry, she admits as she visits her relatives every once in a while in Sudan, where she plans to return after her mission to provide a university education for her son is accomplished.

Education is for her a personal battle, an unnegotiable goal Mona relentlessly took on since she moved to Egypt when she was 16-years old. Having lost her mother at the age of three, she was raised by her uncle in South Sudan, while her siblings grew with their grandmother and her father moved to Uganda with his new wife.

The home-made peanut butter Mona produces, sells and delivers herself, although it still carries the name of the ex husband who abandoned her.

“Moving to Egypt was not difficult at the beginning; there was a culture to adapt to, and I had the support of the family and friends I was staying with. But after some time, everything changed,” she says. Facing discrimination and the racial boundaries of a stigmatised nation, Mona exerted enormous effort to ignore the comments and insults she would hear passers-by say.

“Every day, while taking the metro, walking in the streets, or at work, we are insulted. Egyptians don’t respect foreigners, they think we are taking away their jobs. But there is nothing left to do, we just have to pretend we don’t hear it,” says Mona in resignation. “They see me as a second-class citizen; but it is still better than being in my country where I cannot find a job."

Determined to finish high school, Mona began taking courses in Cairo, but after getting married four years later, her ambitions to graduate sunk. “My husband was rude and selfish; he wanted me to stay at home and not to study,” she says. “So I started making crafts and homemade peanut butter.”

One day, while attending mass at the church, the couple met Irish and English friends who insisted on trying the peanut butter and help her sell her product, bringing machinery from England and preparing the tags. It was the start of a business that, until today, shines a light on her face. “Peanut butter is one of our main products in South Sudan,” she says; and even though she does not get peanuts from her home country, her connection with the product somehow feels like representing the country’s produce with pride. “Back home, we often used to cook with it and made sandwiches,” she adds. They began to tell their friends and spread the word, as their business continued to grow.

However, Mona’s destiny took an unexpected turn when, a month into the birth of their first baby, her husband abandoned them, leaving Mona with nothing but her peanut butter enterprise to pay rent. “That’s why the jars still have his name on it. I haven’t found anyone who can help me change the name on the tags,” she explains.

Armoured with courage and determination, Mona began looking for jobs while enrolling at school to finish her studies. “There was a Sudanese school in Maadi that ran courses for adults, with exams that the Embassy of Sudan would monitor; they would send the exams there and ship send back the results,” she explains. 13 years later, in 2008, she graduated and has since then, piled up degree after degree as she undertook studied in psychology, counseling and theology. Her latest achievement: a Master’s degree she obtained at the age of 40.

"I kept studying at 20, at 30 and at 40 because this is my aim since I was young; this the way I live. I learned from my father not to give up on education."

In a country that turns its back on Africa, and amidst a social atmosphere that seeps discrimination, Mona continued to fight prejudice and work to sustain her studies, even when that meant intermittently finding side jobs. “The situation often did not allow me to study, so I only finished my Masters last year. But I kept studying at 20, at 30 and at 40 because this is my aim since I was young; this the way I live”, says Mona, her voice raising and her eyes lighting up. “I learned it from my father, who struggled a lot until he was the only person educated among his brothers. So I will never give up fighting for education.”

Having studied at the conflict resolution university and taking psychosocial studies at AUC, Mona juggled different administrative positions at the Saint Andrews refugee council, where she also took courses in conflict resolution. But slender salaries made it more and more difficult to afford the rent for her apartment, located on a hot 8th floor building in Ain Shams.

“I used to sell crafts in a bazaar at the church, but since they closed the shop it became really difficult. That’s why I am doing other jobs, such as administration or cleaning. Doing business here is difficult,” she says, as she explains that sales have dropped to thirty 25LE jars per month. She now only has only three customers.

“My next objective is to start a business,” she says, her eyes passionate and eager. “That’s why I am taking a course about small business at the Church of All Saints soon. I have done jobs as an employee, and they have always been happy with my job, but it comes and goes, and the salary is not good. I have to pay for my son’s school, and attending courses; so if I have my own business it would be better.”

An uncompromising legacy left by her father, striving for education was Mona’s greatest battle, a battle she feels unfinished as her son, Esraa, will soon have to find a university abroad, as Egyptian universities do not recognise his international school. There is no utilitarianism or economic growth: it's the sense of personal development that powers this relentless woman’s drive.

Mona's peanut butter can be order via email: Monawongo@yahoo.com 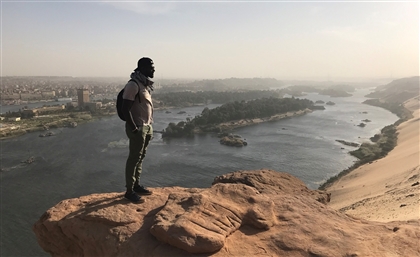 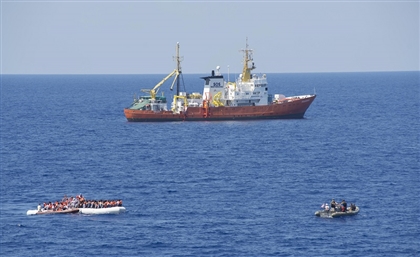 Egypt’s Sudanese Migrants: Caught Between the Devil and the Deep Blue Sea

Today marks a year since the tragic migrant boat crash which took place off the [...]

With thousands fleeing each week, the exodus out of war-torn Yemen is populated [...]
Week Month Year