New web documentary 'Womanhood' is the lexical kaleidoscope on gender. We catch up with the film's director and co-producer, anthropologist Florie Bavard, to talk about the website launch, her interviews with Nawal al-Saadawi and Mozn Hassan, and the representation of Egyptian women. 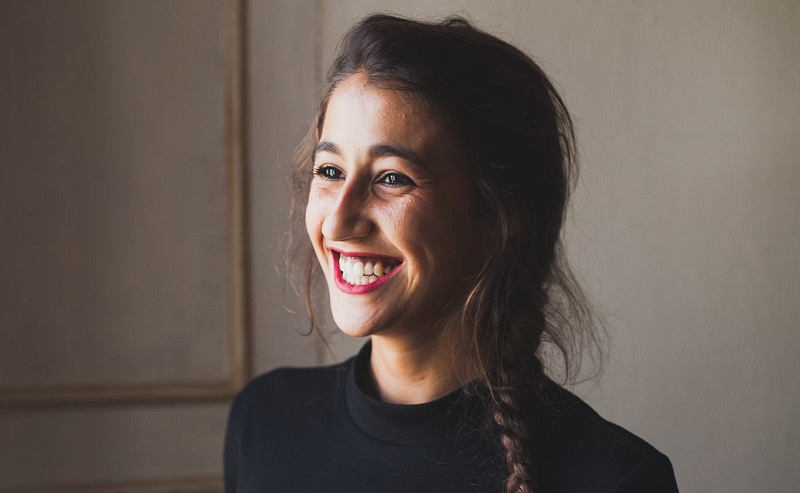 In 2015, 26-year-old French-Algerian anthropologist Florie Bavard met individually with a diverse group of Egyptian women – 15 women to be exact – from all walks of life, whose ages range from 20 to 83-years-old. And like the perfect little guerrilla, Ms. Bavard stealthily navigated her way in and around Cairo while lugging her suspicious-looking recording equipment, that’s basically the same weight as her, to record what would become “seven hours of testimonies.” After five years of work and research (and an elaborate crowdfunding campaign), Bavard has launched her one-of-a-kind project: Womanhood. An interactive web-documentary that sees the 15 women discuss words from what Bavard calls “ABCs centred around gender.”

“It was an amazing, inspiring adventure to meet these passionate authors, artists, researchers, filmmakers, psychiatrist, scriptwriters, humanitarian workers, and students. The subjects they chose to bring up, the personal understandings that each had of the same word, the plurality of their paths have made this project an enriching experience on many levels. It has shaped my own perspective of what 'womanhood' means. I don't know if I can say I worked with them, I would rather say I exchanged with them, and learned a lot, even about myself, from their own doubts and journeys,” she muses.

The film is an interactive affair for viewers, allowing them to navigate through the website's kaleidoscope of words to the ones that interest them most, creating your own timeline or sequence. The words were presented to the women, and consequently their testimonies were collected around their chosen terms. The footage was then cyber-weaved together to create the testimonial tapestry that is Womanhood, making the format of the film in itself as interesting as the the subject matter it covers. Once you click on a word, a list of the women who chose it comes up, their videos are weaved together to create this unique viewing experience that is true to the film's tagline your film, your call. To give context to the web-doc, the site has a “timeline of the history of women’s rights movement in Egypt, as well as a biography of each participant and a bibliography collecting some of the literature on themes referring to womanhood in Egypt,” making the film even more immersive and interactive; more of a resource on womanhood in Egypt than just your run-of-the-mill documentary. Bavard is the director and co-producer of Womanhood and has a strong connection to Egypt and its women, having lived in the country as a child, from 1996 to 2001, and even returned to Cairo in 2012, as part of her studies. “Meeting female writers in 2012, and presenting myself as a French student, I felt like the same feedback was often given to me; it was weariness when it came to the way the West was portraying Egyptian women's voices,” the young anthropologist says.

This prompted her to create a film that tells the stories of Egyptian women the way they wanted their narrative told: unfiltered, unedited, and unabashed. “We wanted to distance ourselves from the sweeping generalisations claiming to depict THE portrait of THE Egyptian woman. This project is about one sole group, active at one specific time, around one precise theme. They were the ones that handed over the 'relay/camera' and introduced me to the next participant,” says Bavard.

There is something incredibly refreshing and captivating about watching an icon like Nawal al-Saadawi, wearing lace gloves and gesticulating as she speaks with total conviction on nudity and nakedness, arguing that being naked and wearing a hijab are two sides of the same coin. If you’re confused about the logic, go ahead and watch her segment for yourself. It makes complete sense the way she explains it. Much like the way our mothers talk sense into us, as a viewer, you’re inclined to lean in and take it all in.

Al-Saadawi is not the only one who stole the limelight; equal representation was given to each of the women and equal importance was attributed to each of their voices and experiences. Since the film project focuses on gender issues and equality in Egypt from these women's personal perspectives – a rather qualitative approach, we asked Bavard about her own thoughts on gender equality in Egypt as she’s, after all, coming into this as an outsider. “I feel like the very aim of the project is for me to not answer that question, and to leave that response to the 15 Egyptian participants,” she says. “They are the ones engaged in redefining what gender equality is and will be. I could not talk on their behalf.”

And that they have, ripping patriarchy a new one at times and speaking in a way the majority of Egyptians would frown upon, and even condemn. If that sounds like harsh judgement on a nation known for its peaceful citizens, you need to be reminded of the media circus of the cruel and the downright absurd that surrounded actor Mona Hala’s posts about her domestic life with her partner, or that other time she voiced her opinion on LGBTQ rights to an avalanche of backlash fit for FGM advocates or paedophilia defenders. Go figure, Egypt.

That happened in 2015, essentially turning Hala into a pariah, only fit to generate controversy and, thereby, clicks, shares, and better ratings. Bavard, one finger on the feminist pulse in Egypt, quickly used up her resources and got to Hala. She was eager to meet her. Here was a woman who’s not only honest and seemingly true to her outspoken self, but was in the middle of a shitstorm because of it. Hala, who’s been in the public eye since starting her career at only 12-years-old, isn’t one to shy away from taboos, which is actually a term from the Womanhood word kaleidoscope. In her segment of the film, she starts by saying, “I’ll start with the word ‘desire.’ I think desire is everything for me…”

Now, out of context, haters (who gon’ relentlessly spew hate) would dismiss Hala immediately with a scoff and a tisk-tisk as female sexuality in our countries isn’t exactly a notion whose existence we’re comfortable acknowledging. But as for everyone else who’s basically not petrified by vaginas, Hala quite poetically continues by stripping the word of sexual charge and describes how desire is a driving force in her work as an actor and comedian. “If I don’t have the desire for something that I’m doing, I just don’t do it,” she elaborates, only to U-turn, empowering millions of women who don't so much as utter the word let alone acknowledge the feeling, saying desire is also the most important aspect in her relationships – something any man can easily get away with saying, but not women. Women aren’t allowed the same liberties to desire, and are only expected to love. Unconditionally. Women are expected to be passive receivers of men’s advances and answer to their desires. If you don’t agree, you’re probably a man and never had to endure sexism and mirco-aggression in silence or ignore and let bygones be bygones when it comes to sexual harassment on the streets of the ultimate enduring female: Om El-Donya.

Head over to the website and start watching or watch the crowdfunding trailer below.