With thousands fleeing each week, the exodus out of war-torn Yemen is populated mostly by professionals as the cost for escape soars. Senior writer Valentina Primo finds out more as she meets engineer Saeed Zakaria and doctor Mazen Al-Hebshi, just a few weeks into their new lives in Egypt. 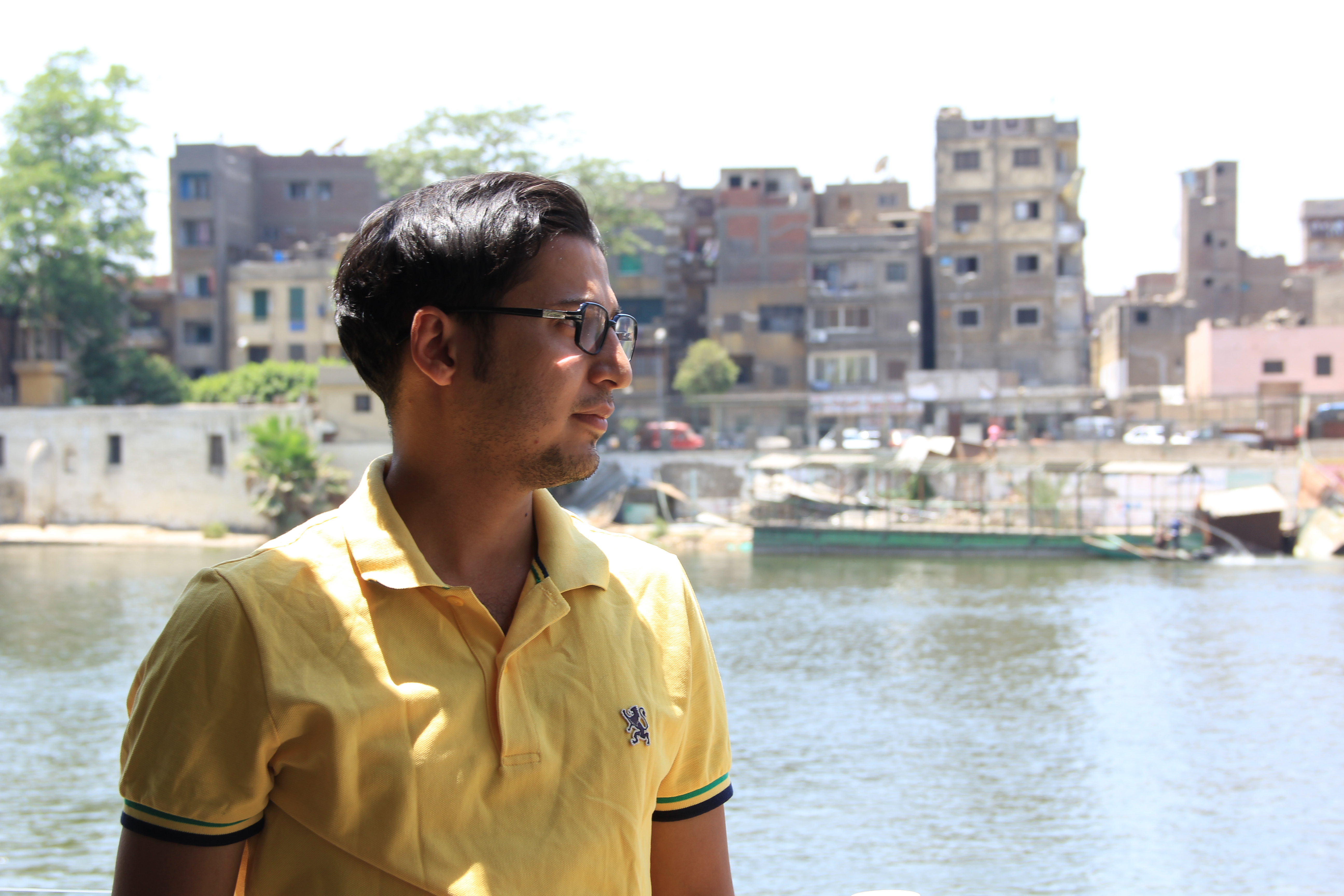 It is a torrid morning in Cairo as Saeed Zakaria arrives to meet us. It has been two weeks since he reached Egypt from the tiny African nation of Djibouti, where he landed after an 18-hour journey on a cargo ship to escape conflict in his native, war-ravaged Yemen. There is an unflustered expression on his face.

Saeed, a 27-year-old engineer who was running a private school in Yemen’s capital Sana’a, was not planning to leave his home country when the Saudi-led airstrikes began last March. “I refused to leave for a long time because I had work. But when the Ministry of Education announced that we are not going to resume classes this year, there was nothing left for me to do. I cannot work, and bombing makes life impossible right now,” he says, as he shows us home-made footage of thunderous airstrikes over the city.

Saeed first obtained a visa to move to Saudi Arabia with his family, but intense fighting on the border made the journey impossible. So he decided to travel across the Gulf of Aden to Djibouti on a seven-metre tall livestock carrier, as passenger boats were no longer running. Saeed's story is not an uncommon one; an average 1,680 individuals arrive each week in Djibouti from Yemen since bombings began, the International Organization for Migration estimates. “I knew the owner of the boat, so I got a cabin room. I waited for four hours until we boarded, but the rest had to wait for another day,” he says. Paying USD $120 to board, Saeed arrived to the African nation 18 hours later.

Historically a route travelled by African refugees and migrants headed in the opposite direction, the Gulf of Aden and its ‘Gate of Tears’ strait pose a perilous cross, as there are no search and rescue operations in the area. Last year, the UNHCR registered 246 lives swallowed by its waters. Djibouti, a tiny nation of over 800,000 people, has now become the first-choice destination for Yemeni refugees escaping the airstrikes. But as conflict rapidly escalates, fleeing the country becomes a luxurious option for only a few, since the price for a seat on the boat has quadrupled.

“Refugees tell us many more people are trying to leave Yemen but are being prevented from doing so by fuel shortages and high fees charged by boat operators. Ports are said to be closed and boats not allowed to depart,” UNHCR spokesperson Adrian Edwards said last April. The organisation foresees up to 30,000 refugees will arrive in the African country in the next six months. Saeed took a seven-metre livestock carrier across the Gulf of Aden to Djibuti.

As Saeed arrived with his wife and daughter, they had to find a Djibouti citizen to act as guarantee in order to enter. But due to new restrictions on visas for Yemeni citizens imposed by the Egyptian government, his wife and daughter could not fly to Cairo with him. “I am applying for a family reunion visa for them from here," he explains. Just like his wife, thousands of refugees await their relocation in Djibouti; about 1,000 of them are in an improvised refugee camp set up in a football stadium near the port of Obock, where they wait in the heat of the African desert.

Mazen Mohamed Al-Hebshi was attending a conference in Canada when airstrikes began. “I was stuck and couldn’t go back home. Flights were cancelled and my wife and son were still there, so I decided to come to Egypt and managed to get them out on an evacuation plane to Jordan,” he says.

Like Mazen, many Yemenis were left stranded in Egypt, having come to the country to seek medical treatment they cannot receive back home, with resources just enough for a brief stay. According to the spokesman of the Yemeni Embassy in Cairo, there are 4,700 Yemenis in Egypt awaiting their return, The Daily Star reported. In Cairo, Mazen met a group of fellow citizens who are leading an initiative called Yad Yemen Tamtad, which collects donations and help stranded Yemenis who do not have means of subsistence. A former doctor at the International Red Cross and Red Crescent Society, Mazen was striving to develop TEDxSanaa to support youth, and took part in the National Dialogue Conference triggered by the United Nations.

Now waiting for their families and focused on resuming work in Egypt until the conflict comes to an end, Saeed and Mazen are not the stereotypical refugees. “Most of those leaving Yemen are non-Yemeni or Yemenis who have other nationalities,” ICRC spokesperson Adnan Hizam tells CairoScene. In Yemen, a country that itself has hosted 250,000 refugees in the past years, mostly Somalis, Eritreans and Ethiopians, leaving the country is not the first option in everyone’s mind.

“Yemenis are not like other refugees. They would prefer to die in their country than being abroad,” Saeed says. “Our mentality is different. There is great family support and few will leave without all their family.” Saeed is himself planning to go back and rebuild his school, as soon as the conflict ends. “Right now, we don’t have any concrete plans," he says. "We are thinking of starting a business here and we are working on real estate, but if things get better, we are going to sell everything and go back.”

“I want to return to Yemen, but I also need a new beginning for my son,” says Mazen. “My priority now is to focus on myself and my family. I am working hard to ensure an income and get my son to school. The scary part is that this conflict has divided Yemenis, so it's hard to see an end to it."

As Yemenis continue to flee their war-torn country, with 14 out of Yemen's 22 governorates affected by air strikes or armed conflict, the UNHCR has urged nations to allow civilians fleeing Yemen access to their territories and has called on governments around the world to suspend forcible returns to the country.

“Yemen is becoming split,” Mazen reiterates with regret in his eyes. “We used to live in harmony. Politics have changed that."