The Double Life of an Egyptian 20-Year Old Man

Between pleasing his family and stroking his ego, the young Egyptian man is trapped between pursuing pleasures and presenting himself as an upstanding member of society. Here, we discover the ins and outs of one such 20something's life - as told by the women he wooed. 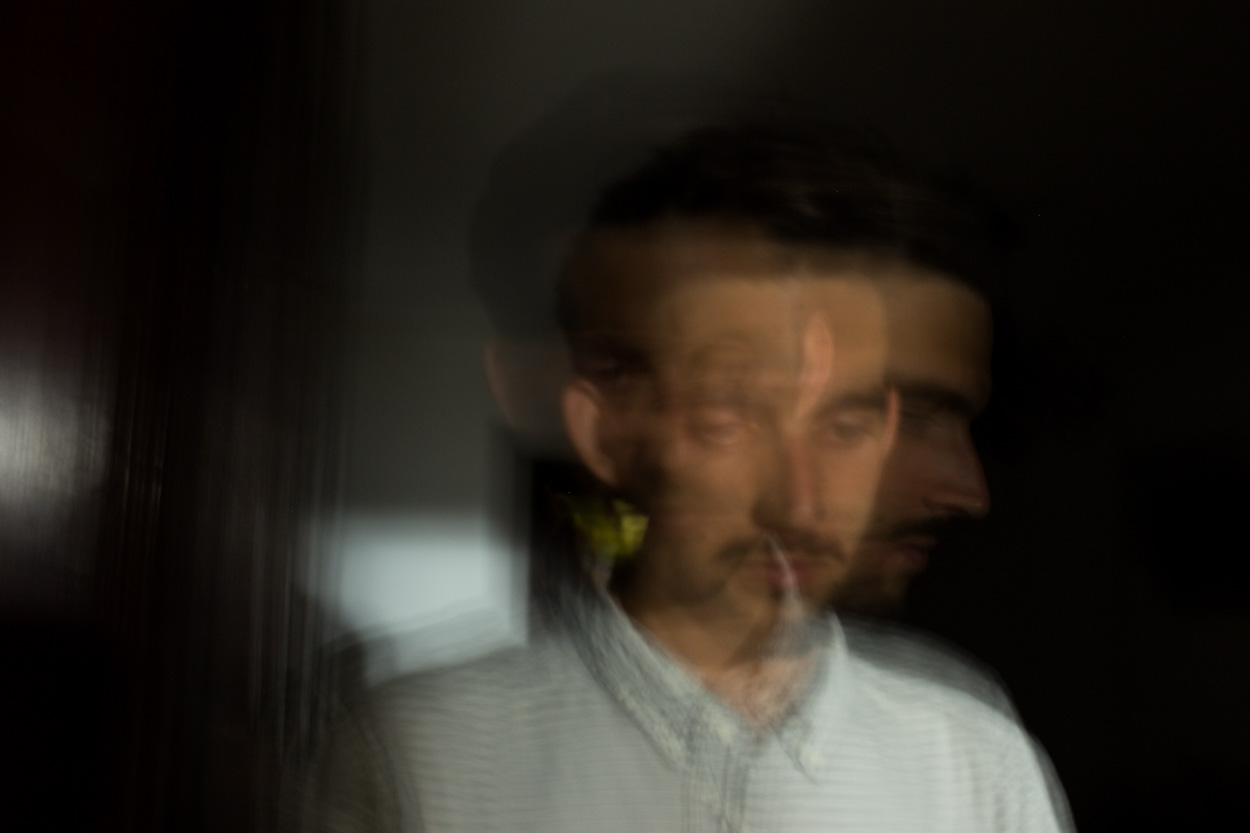 There was something about his eyes, an unfathomable depth beneath his bushy eyebrows; a gaze so penetrating it could make up for all the kisses he was not allowed to give. For Amelia it was enough, his gaze was a caress in itself. His voice was a painful wail full of melancholy and a waterfall of words kept on hold. There were so many questions she wanted to ask, but she did not know where to start. Even words seemed unnecessary. The intensity of his gaze turned them futile. Poor. Insufficient. And then they would appear, like a bitter and defeated sigh, somehow sweetening the sorrow and creating a mysterious aura that enveloped her in tears.

He believed all men and women are destined to suffer, and that’s how he had learned to accept. To accept the restrictions imposed by his family – and those he imposed on himself, the decisions he would never be able to make, and the contradictions that writhed within the immense internal struggle in search of his identity. Amelia had once heard him say that he was waiting for death to put an end to his suffering, but she did not understand him. She often had trouble unveiling the reason behind his sadness. Until she heard his story.

They had met in an expat reunion in Cairo, shortly after Amelia arrived from the USA to study Arabic. “Mohamed taught me many things about Islam. Perhaps the best of it; perhaps the worst,” she says. “He would usually act as if he had something to hide and every time I asked, he would be patient and explain.”

Mohamed had had no contact with the female world until he was 17, when he decided to break the rules and shake hands with a woman. But a stay in the United States changed his outlook and and he began to have friendships with women, to frantically seek the female world, although he was not sure what he wanted to do with them. His piety and the strict rules of a very conservative environment prevented him from having loving relationships, but his instinct desperately wanted them. “He was not supposed to shake hands with girls, have their phone numbers, or even hang out with them. He seemed happy with accepting an arranged marriage in the future, although he kept delaying it,” Amelia recalls.

Only once had Mohamed fallen in love. At least that is what he had told Amelia. As they sailed to the witness of a mesmerising summer moon on a felucca, Amelia listened in wonderment as Mohamed’s eyes lost in his memories. It had been an intense distance relationship graced with two encounters, where they had broken the rules and let passion flourish.

“The way he told the story seemed so magical, so intense, so real,” she says.  But Mohamed had decided to put an end to it. His family would never accept a woman as liberal as she was, despite her being Muslim. He knew his fate was already written in a marriage his family would settle, but was hoping to find a woman who meet those requirements and could also fall in love.

He was the only male of four children, and therefore bore all the burden the Arab culture deposits on man: to provide, teach, accompany, and take his mother or sisters –all married while they were very young - anywhere they wanted to go. He was dedicated, committed, and loyal. He prayed five times a day, attended the mosque on Fridays, fasted during Ramadan, and abstained from alcohol and sexual intercourse until he was married. Amelia felt privileged he would break some of those barriers with her and, although she knew they could not get involved in a relationship, felt there was something precious about having a secret affair. Dating a man with such strong, deeply-entrenched values gave her the reassurance of loyalty and respect.

“But Cairo can be such a small world sometimes,” she says with a sarcastic grin. As she met fellow Americans through different parties, she discovered Mohamed was known for his talent to 'click' with a certain girl across different groups. At summer trips, expat gatherings and events. “He would always chose that one girl and look at her deeply; he would woo her the old-fashioned, traditional way, or at least so I was told,” she adds.

As she continued to make new friends with Egyptian youngsters, Amelia’s path crossed with Mona’s, a tall, energetic, tireless girl who was madly in love with her fiancé. As Mona decided to visit Amelia in her home country, they shared long walks and heart-felt talks that led them to find a man among their common friends: Mohamed. They had both fallen in love, Mona narrated, but Mohamed's recent heartbreak would not allow him to move on. “I will tell you the story, but please do not tell anyone that you know it,” Mona told her. Mohamed had been engaged to marry a girl he dearly loved, a passionate girl who was committed to the Egyptian revolution and, months before their wedding, had died in the protests. The story was so shocking and disturbingly sad, that Amelia never asked again. But then she met Salma.

Salma was their common friend. Cheerful and ladylike, “Salma was not the kind of girl who would easily fall for a guy,” Amelia says. But years after her departure from Egypt, on hot summer night, he admitted Mohamed had flirted with her, too. “He was going through a difficult time,” Salma told her. “He was in love to a girl and proposed, but her family rejected him because of his family's health records.”

Suddenly, all the conversations, all the religions observations, all the hours spent trying to understand the distressed mind of such a self-repressed man seemed futile. “It seemed as if he had told a different story to each one. It all seemed like a big paradox. It took me a long time to make peace with the fact that I would never understand how his orthodox convictions about life matched his careless games with women’s emotions,” she says.

A brilliant storyteller, a man gifted for dramatic performances, or a troubled young man struggling against the stimuli of a global society whose standards of right and wrong virtually collide, Mohamed was a master in telling dramatic stories. Suddenly, she remembered the words he had told her when recalling his youth: he would desperately seek out girls, but he didn’t know what he wanted to do with them, if only just because they were so far beyond a reach he could feel legitimate.

*In order to protect the privacy of the interviewees, some of the names and places have been changed.