Dalia Hassan: A One Woman Crew

Rahma Zein El Din speaks to the lauded video journalist about breaking news, being a woman in the industry and the problem with state media... 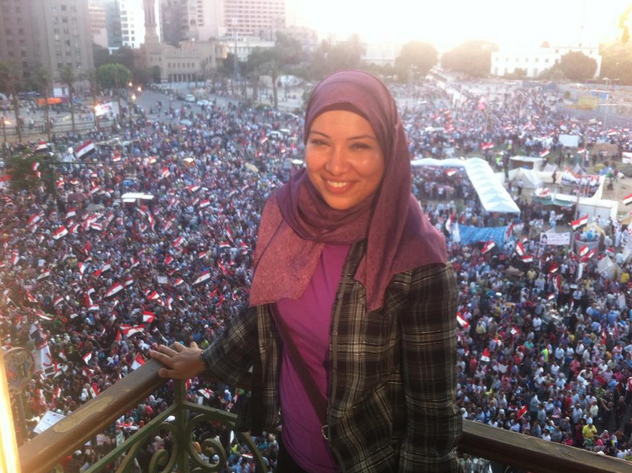 Dalia Hassan ushers me into her apartment, frantically running from one room to the other. In the background, the news was about a bombing in Luxor's Karnak Temple rings loudly. The video journalist is preparing to head to Upper Egypt to cover everything on the ground. "My flight is later tonight... The earlier flight is fully booked with journalists," she laments. She puts her camera down as she take a moment to feel the calm before the storm, as the TV blares about the horror in Luxor. “I thought I would relax today...Oh well,” she says, taking a sip of tea.

Hassan returned to Egypt from her studies in France wanting to open her own production company and instead found herself behind the camera, on the ground, covering major events. “Since I was able to walk, I've been surrounded by cameras. My father was obsessed and being a cameraman himself, he had a passion for collecting cameras. When I would break his stuff he would just buy more... His office was my Disneyland and I was especially fascinated with polaroids. One day he just stopped taking pictures...I don’t know why. So I took up that role instead.”

Hassan never planned to be a video journalist, having studied political science to become a diplomat, but she realised her passion was being behind the camera. Wasting no time, she returned to university to study video journalism and worked for Euronews and major newspapers who were beginning to adopt video for their online channels. “But many channels wanted me to take off my veil... Others wanted me to keep the veil probably to annoy Sarkozy! My love for camera turned into a job and I decided to come back to Egypt to open a news website in 2009. When it failed, I returned to France this time to study management in journalism,” she continues in her very heavy French accent.

Her thesis being about journalism in the Middle East brought her once again back to Egypt where she interviewed many renowned journalists, one of them a news anchor at Egyptian State Television who offered her a job. “So once I was done with my masters I became reporter for state TV. First, they wanted me to take off my veil so I could appear in front of the camera. After the revolution, you could appear with the veil...but you had to have so much make up on and be dressed in a certain way as if the content itself didn’t matter. Being a one man crew in the archaic state system is virtually non-existent so you end up going down in a large group which slows down the work, especially when covering protests and breaking news..."

That wasn't the only problem Hassan faced with the state. “Often, it was just easier to go down with my own camera and not wait for all the papers and permits. The problem there is not being a female camerawoman, it’s the system as a whole...the issue has nothing to do with male or female."

As such, Hassan left state television in despair: “They wanted me to be something I’m not...and I still wasn’t going hungry, so I cut my losses and left." Hassan went on working for a French channel and was quickly one of the most familiar faces in Tahrir Square during Egypt's uprising. “When I would go down to the square, they called me ‘El Farenseya (Frenchie)’. It was interesting to see people’s different reactions to you depending on what news channel you were covering for. If I said State TV, I might as well have waged war! Everyone crowds round the camera because they see it as a portal to send their own personal messages.”

At one point Hassan tried to go back to work in France, “but that would mean I would start from the beginning. I had been in Egypt five years with contacts and sources and at the end of the day a journalist is only as good as how thick her contact book is, so it was back to Egypt for me."

The television interrupts our conversation with updates about the Luxor bombing and I turn to Hassan to ask how it feels to be at the mercy of a phone call telling you a bombing occurred or a protest erupted and you had to be there. “Honestly I get excited...I leave it up to God...the most dangerous time for me was covering the Mohamed Mahmoud protests but I have colleagues who have been to Syria and even more dangerous area. The problem is I live alone. My family is in France and they get worried sick. A lot of times I can’t tell them what I’m covering.”

From covering breaking news stories to camping in remote areas in Egypt, Hassan’s real passion is traveling within our own glorious country. “If I had my way, I would offer travel companies free filming if they allowed me to tag along!" With that in mine, Hassan bids us a bittersweet farewell to head to the airport to catch her flight to Luxor. 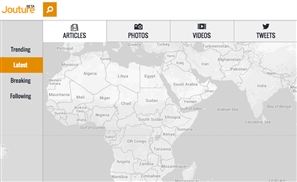 A platform to empower journalists and give them the freedom to express themselves [...] 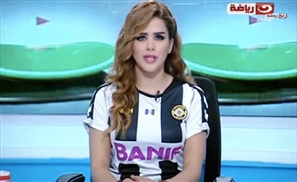 Is This Egypt's Sexiest Sports Anchor?

The fact that we have a female sports anchor in Egypt alone is kind of a big deal, [...] 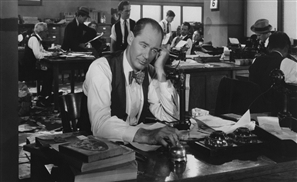 Ever feel like there aren't any reliable news sources left in the country? Well, [...] 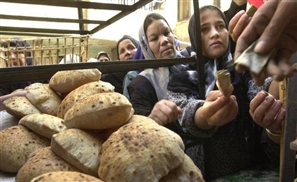 We've collected the top stories making news today, so you don't have to. [...]
Week Month Year