10 Great Places to Walk in Cairo

To counter the common perception that Cairo is one of the most un-walkable cities on Earth, we give you a list of the best places to take a walk (and sightsee!) in the crowded capital… 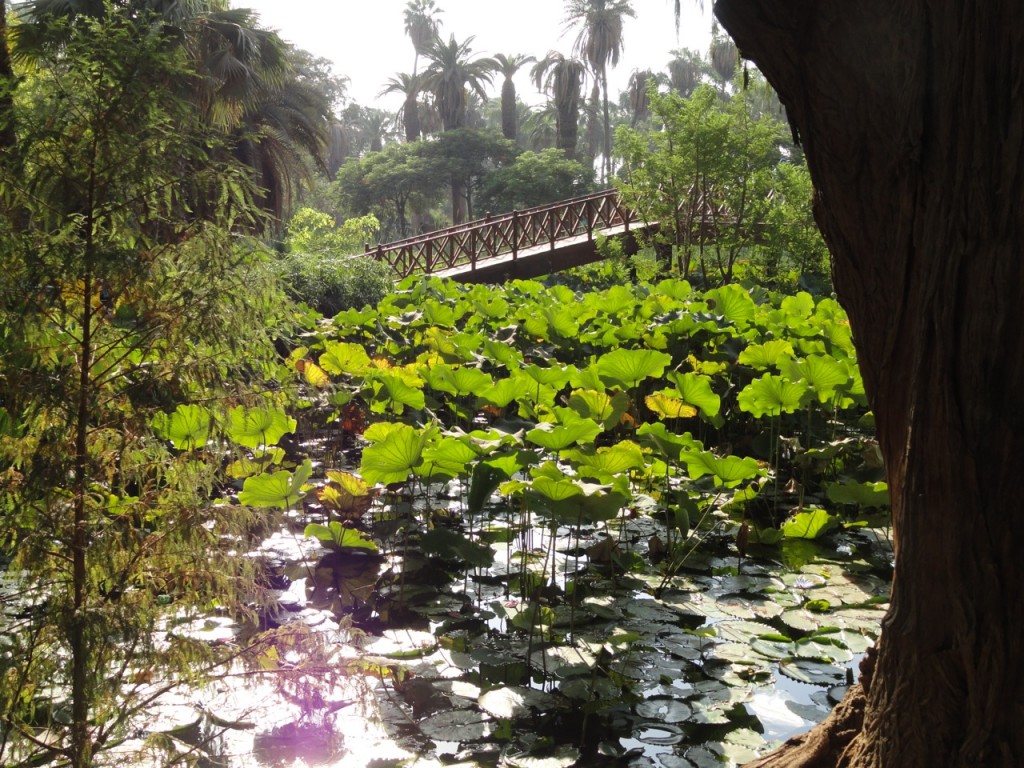 One of the most recurring complaints you here from both Egyptians and foreigners is that there are no good places in Egypt to take a walk. This is not true, although this bustling city is filled with car traffic, making it hard to enjoy the surrounding environment. With the Eid holiday upon us, it seems like there is no better time to ditch the car and explore Egypt on foot.

The Citadel was built by Ayyubid ruler Salah al-din between 1176 and 1183 CE to protect Cairo from crusaders. The mosque that overlooks Cairo is known as the Muhammad Ali mosque, and reflects his reign and the architectural influence of the Ottoman empire. Highlights of walking around this area include: Muhammed Ali Mosque, Al-Nasir Muhammad Qala'un Mosque, Suleyman Pasha Mosque, Al-Gawhara Palace Museum, Carriage Museum, Egyptian Military Museum and the Egyptian Police Museum.

If you aren’t tired of walking around the citadel, then we highly suggest walking from there and into Islamic Cairo. Established in 969 during Medieval Cairo, Islamic Cairo was originally built as a royal enclosure for the Fatimid caliphs. Hidden within it are several narrow nooks and crannies that reveal marvelous mosques. If you are looking for a great street to walk we recommend heading to Moez Street, as there are many picturesque structures to capture on your camera.

On Fridays, Road Nine in Maadi is designated a car free area. If you aren’t looking for history but just want a nice walk with plenty of trees, then we suggest heading there. Lining the streets on both sides are several cafés and restaurants providing a variety of cuisine to choose from.

Zamalak is essentially a foreigner hub, where you can walk anywhere and find interesting architecture, unique shops, green spaces, and most importantly a good place to drink. Considering it is an island, this means that there are ample places to take a walk along the banks of the Nile, and it holds many secrets that can only be understood by exploring it on foot.

Located as the cultural hub of Heliopolis, Korba is internationally renowned for its architecture. Commissioned by the Belgian Baron Empain in 1907, Korba architecture is unique as it combines both Islamic and art-deco influences, which is why it has appeared in films like Ahmed Abdalla’s Heliopolis, and Canadian film Cairo Time. If you are lover of architecture then make sure you take a stroll, as not only is it filled with picturesque old buildings, but has plenty of shops to visit.

Part of Old Cairo, Coptic Cairo was established as a stronghold for Christianity in Egypt during the Islamic era. Evidence suggests that the area may have been settled as far back as 6th century BC. Surprisingly, most of the current structures were built after the Muslim conquest of Egypt. Taking a walk in this area is both serene and historic. Highlights include:The Hanging Church (Al-Muallaka), The Church of Saints Sergius and Bacchus, The Ben Ezra Synagogue, The Coptic Cemetery, The Fortress of Babylon, and The Mosque of Amr Ibn El-As. This may be the only walk you can take in Cairo that proves just how religiously inclusive this country once was.

Some may know of the Sofitel as a great place to stay, but not many know that the Sofitel has one of Egypt’s finest promenades along the Nile. Surrounded by manicured gardens, the Quai du Nil makes for a relaxing stroll and offers a variety of options for a gastronomic experience when you are ready to sit.

Found in the district of Dokki, this picturesque botanical garden was established in 1920 by Khedive Ismail and was designed to nurture 100,000 kinds of rare plants. There aren’t many places like this in Cairo, so consider taking this walk the next time you need a break from the barren desert view.

If you are type who wants to see all these things without exerting any energy, we feel sorry for you, but are happy to announce that you can visit all these sites from the comfort of your computer with the new Egypt version of Google Street view.