It's about time we turned the tables.

White people are awesome. Whether it's teaching English, being in boy bands or going to the moon, those guys can do just about anything. However, in the interest of balance, here's 10 things white guys suck at:
1. Dance: We've all seen it and a lot of them try their hand at "dancing" on a weekly basis. The results - they sure ain't pretty.

2. Jump: There's been a movie about it and efforts to prove the theory wrong usually results in a sprained ankle and months of complaining.

5. Be President of the United States: Or at least not be a cool, basketball playing mofo while doing it.

6. Become President of Egypt: Although it sure would be funny to see a ginger haired, freckle faced leprechaun lookalike trying to keep the country from descending into chaos.

8. Grow a moustache without looking like a d*ck: People with moustaches include Lionel Richie, Cleveland from Family Guy and every member of the Egyptian police force, ever. Do they look like pretentious hipster douchebags while doing so? Exactly.

9. Wear dreadlocks: They plague hippie beach resorts from Dahab to Goa with dirty white dreadlocks to match their grub beachwear and overprevileged sense of entitlement, they are also - douchebags.

10. Get a tan: Dear white people, no amount of time spent getting skin cancer in Sharm el Sheikh will ever make you brown (or 'golden' as you call it to distinguish yourself from actual brown people). At best, you'll go lobster red, start shedding more skin than the average snake, go brown for three and half minutes then back to white again. Embrace your ghost like qualities, whitefolk.

The multibillion dollar esports industry is having its breakout moment in Egypt. In [...] 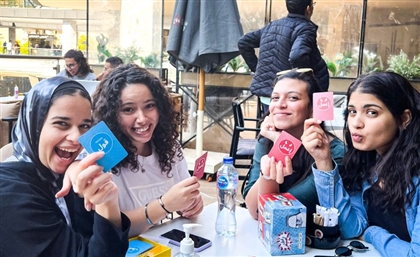