Previous Post
Video: Sylvester The Cat and Bugs Bunny Caught on Camera at Gravity Code
Next Post
7 of the Best Places in Cairo to Buy Lingerie

If these real life love stories between Egyptian celebrities don’t define the meaning of true love, we don’t know what else will. Except for pizza, maybe. 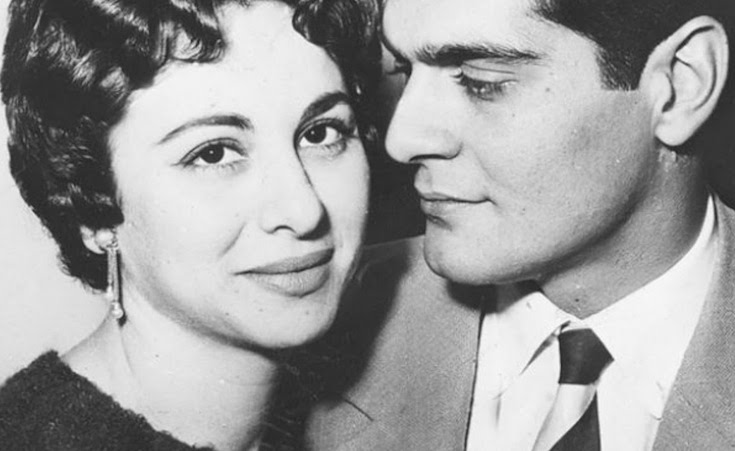 Valentine’s Day – and just love in general – makes us gag. Largely because we've been single for about ten years and we're firmly convinced the only person who will ever love us is our pizza delivery guy and that's only because we order an extra large pepperoni daily. We’re all guilty of seeing an adorable couple in public and being super grossed out but also mildly jealous because love is ew especially when it’s a couple showing public affection and wearing matching outfits. But for some reason, when celebrities are madly in love we start to feel all of the feels because celebrities are just gracious and majestic beings.

To be completely honest, sometimes we just need a does of cutesy couples in love with the hope that they will make us forget about our sad and lonely lives. From the timeless love of Fouad El-Mohandes and Shwikar all the way to newlyweds Amr Youssef and Kinda Alloush, we’ve brought you 11 real life celebrity couples to make your insides flutter – yes, just the way pizza makes you feel. We know pizza loves you and hugs you every night on the inside, but it will never love you quite as much as these celebrities loved each other.

We know Farid Al-Atrash’s passionately mellow voice, and we know Shadia’s light-hearted musicals. But when these two fell in love, it was so intense that Al-Atrash lived on to remember her through his songs many years after they broke up.

Power couple Ahmed Helmy and Mona Zaki married in 2002 after Helmy sent her flowers while she was on set of Africano in South Africa, paired with a note where he expressed his love for her. That’s the Helmy we know; sharp and witty, yet full of kind and tender propensities. When paired with Zaki’s flattering intelligence, we can’t help but feel warm and fuzzy on the inside. Apparently the pair renewed their vows last year, too! We can’t even.

Songstress Warda was just 16 when she fell in love with music composer Baligh Hamdy. Apparently, Um Kulthum called out Hamdy’s love when he was composing love songs for her. She made fun of him and said that he was using her as a bridge to send messages to Warda through her songs! Can we call them the real life Romeo and Juliet?

This is perhaps the greatest and saddest love story of them all. Actress Souad Hosny married four times in her lifetime. None of them were to the alleged love of her life, legendary singer and actor Abdel Halim Hafez. After her tragic death, rumours emerged that she indeed was married to him in secret. Who knows?

Not only were Nour El-Sherif and Poussi madly in love and married in real life, but on screen also, where they showed Egyptians what it means to devote your entirety to the love of your life. Remember the time their twinkling eyes locked in Habibi Da’eman? Yeah, we’re trying to keep it together.

Need we comment on this one? We know you secretly stalked all of the star-studded Instagram pictures that emerged from the couple’s wedding as you munched on Cheetos all night. How could you not when they booked out the entire Legendary Old Cataract Hotel in Aswan?

You want to know what’s cuter than Romeo’s explicit love for Juliet? Amy Samir Ghanem and Hassan El Raddad’s blank, lying expressions denying being in love, when we knew very well something magical happened when they performed together in Masr Orayeba. Looks like playing the married couple on set got them thinking about it in real life!

When Omar El-Sherif falls in love, it takes him less than a year confess, get engaged, get married, buy a house and to and change his religious beliefs to live happily with the one he loves, Faten Hamama. But you; you take approximately seven years to decide whether you’re having nuggets or French fries for dinner.

What did Fouad El-Mohandes and Shwikar do when not leaving us on the floor in a laughing fit? Pour out love poems about one another, of course. Shwikar describes El-Mohandes as being full of love, kindness, and tenderness. Likewise (or not so much), El-Mohandes likens Shwikar to a Persian rug; as time passes, her value multiplies – typical of him to describe her in such a way!

Excuse us for a minute… Did you know that Heba Magdy and Mohamed Mohsen fell in love while on set of the play One Thousand and One Nights they starred in? Wait for it. Are you ready? After the play was finished, Mohsen pulls out a ring from its case and then Magdy does the same. And just like that, the couple announced their love to the entire audience where people like Yehya Al-Fakharani and Lotfi Labib were present. And then cake appeared on stage, too! *cries*

These guys were totally unexpected. No joke - even Maha Ahmed herself didn’t believe that Magdy Kamel, the Don Juan of her college, could possibly be into her. But to Kamel, Ahmed is his best friend who pushes him to challenge himself. She’s worth the entire world to him. 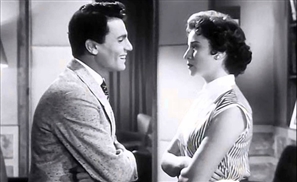 13 Reasons Couples Break Up, As Embodied By Classical Egyptian Celebs 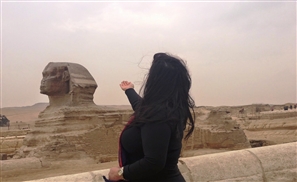 California-based CairoScene columnist Mona Shadia looks back at her last visit to [...] 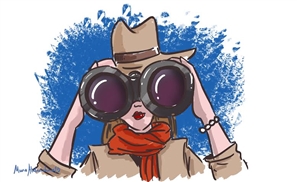 8 Ways to Approach an Egyptian Guy: An Illustrated Guide

You think you’ve found the one, only you don’t know them. Fret not for CairoScene [...]

I Married an Arab Man: Six Women Tell Their Stories

Valentina Primo delves into the intricacies and intimacies of intercultural [...]
Week Month Year