Whether it's freaking out on the subway or exclusively speaking Arabic because no one understands, we're all guilty of these... 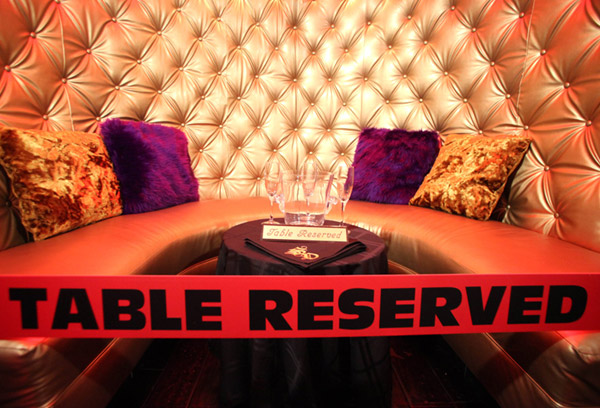 With summer, incredibly sadly, coming to a close, we took a minute to reminisce about the trips we Egyptians had taken to far off nations (and by far off nations we mean Spain, Monaco and possibly France) and according to our humble scientific opinion, it seems there is a recurring trend with Egyptians; things we as a population tend to do when we leave our country.

1. Whenever we find ourselves out of Egypt, we have the habit of speaking exclusively in Arabic. Even consistent English speakers ditch Shakespeare's native language and stick solely to Arabic – likely because we are suddenly faced with a situation where no one within earshot can understand what we're saying. Probably due to this, we also tend to revert to the most bee2a possible version of ourselves and take to swearing incredibly loudly in Arabic and yelling to each other like hooligans across streets. There's always that awkward moment when someone within the vicinity actually understands Arabic…

2. As a general rule, Egyptians seem to have a compulsive need to display their ability to afford things. When partying, the Egyptian human must acquire the VIP table at whatever club they're going to. Keep in mind, abroad these cost quadruple what they do in Egypt but this does not deter them. You must get the VIP treatment, regardless of whether you have to pay through the nose for it, because otherwise ew, you are clearly a peasant. Here's a crazy theory, guys; did you know that it is in fact possible to enjoy the clubbing experience without paying 500 Euros for your VIP table? You will not transform into a falla7 if you just party with the masses. Shocker, we know.

3. As a population, when faced with the prospect of being abroad and this alien concept known as 'the subway system', we are suddenly transformed into helpless four-year olds. We struggle to understand the subway system; it is, to us, a task more daunting than trying to comprehend the intricacies of quantum physics. More often than not, we fail epically, get lost in the myriad underground tunnels and find ourselves nowhere near our desired destination, and revert to paying a small fortune to get around with cabs because we simply cannot handle the rudimentary geographical understanding necessary to maneuver the metro.

4. When abroad, Egyptians buy out Zara, full stop. We guarantee you, step into any Zara store in any country, and all of a sudden, the language you haven’t heard for days, is everywhere. Egyptian Arabic will bombard you left and right as our entire nation present in whatever country you're in, flocks to the nearest Zara and proceeds to buy out the entire store.

See all those people? They're all Egyptian.

5. And of course, the primary reason behind many an Egyptian safareya abroad, bey7awlo yesh2oto. The aim of many a guy's trip out of Egypt is to finally be faced with women willing to sleep with them and to do their utmost to get them into bed. Whether or not they succeed at this task, there will be subsequent photos posted of the guy with a blond in a club.