7 Things Egyptians Are Great At 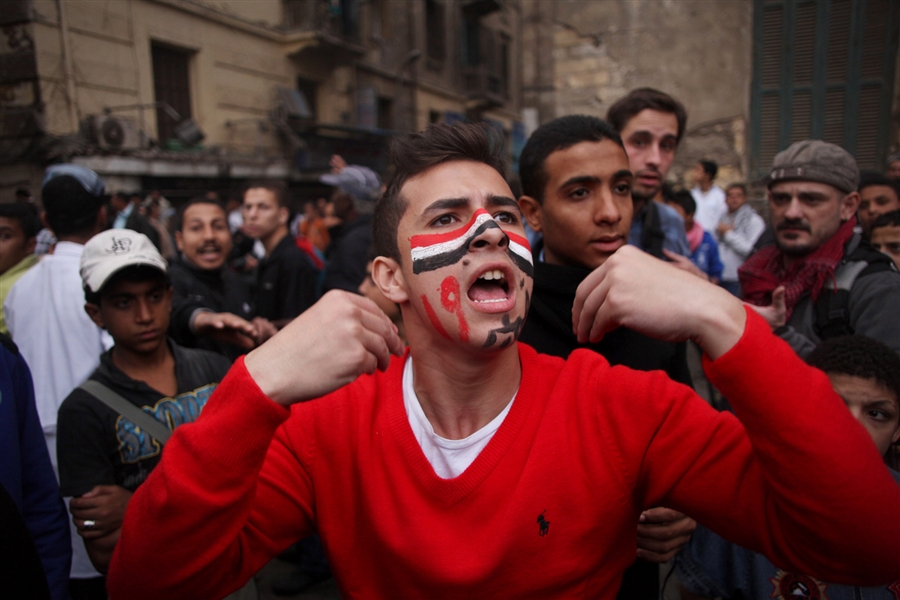 We often create these lists depicting the pitfalls of the Egyptian man or women and people are to eager to jump on the bandwagon of pessimistic self-reflection. So as a response to 7 Things Egyptians Can't Handle, and as the storm subsides from yesterda'ys apocalyptic weather we're going to take this opportunity to look at the cloud's silver lining. Here are some things Egyptians are, always have been and always will be, rather good at...

1. Practical Ingenuity
Egyptians can fix just about anything, with a unique level of street-smarts and basic technology. Whether it's your favourite pair of shoes, a piece of clothing that's torn or battered kitchen chair you want to turn into an art-deco lounger, your local tarzi or naggar is always there to save the day. This ingenuity also extends to making things; take any item found in an expensive European catalogue to one of the aforementioned Egyptian laborious patrons and voila, you have an original replica for a tenth of the price. Also, ask your dad; Egyptians invented everything.

2. Dam Khafeef
We have an innate ability to make light of pretty dark situations; just look at the side-splitting flood of memes, hashtags and the like, every time our country spirals further into socio-economic despair. All of this satire eventually converged and manisfested itself as Al Bernameg. Take Egyptians inventing a cure to Aids as an example for both dam khafeef and, ahem, practical ingenuity.

3. Pharaoh Complex
Of course our heritage of overlord-like sensibilities has its downside on a political scale but on a personal note, Egyptians are born and raised with a pride and confidence unparalleled by any other nation. There is a calmness living without the usual insecurities that plague young western society, as Egyptians usually fear God and God alone. We imagine we were probably the first people to say fuck you to the man.

4. Generosity
Etfadal. La2, enta etfadal. Etfadal ba2a. Etfadal fashkh! Egyptians have a beautiful tendency to share, whether it's the small things like the taxi driver handing over a cigarette (if you ask a stranger for a cigarette in the UK they'll probably tell you to jog on), or your bawab asking you if you want to dig in to their plate of fool, insisting on paying for everything or sharing our recreational narcotics on a Thursday night... Or the bigger picture, like sharing our KFC delivery with Palestine, or sharing our beaches with Russians! Emotionally we're also very open withour feelings and our lives, sharing our opinions and anecdotes endlessly.

ETFADAL!
5. Obligations
Funerals, weddings, baby showers, goodbye parties. Egyptians take these events very, very seriously - even if it's just showing our faces so that it's known we care, we are there. Even if we do not know who died, who's getting married, who's pregnant or who's leaving, we're totally there.

6. Being a Ragel
We're not talking mesomorphic, protein addicted, gym rat ragel nor keep yo' women at home and don't let her talk to another man ragel but there is most definitely a certain sense of gallantry towards women, hard to find in our more Caucasian counter-parts. There's a reason why so many blondayas end up coming to Egypt and immediately shacking up with an Egyptian man, as we guess they feel a sense of protection and chivalry. Once you go Pharaoh you don't dare go?

This is the first thing that came up on Google Images when we types in 'Egyptian Chivalry'. We feel it's a relevant depiction.
7.Revolutions
We don't just say fuck-you-to-the-man, we actually follow through and fuck the man over and out, toppling two dictatorships in three years. We're not talking about political motivations here, who's felool and what's a coup and what's not, we're talking about the actual act of revolting. Let's say there was a World Cup situation in which nations would compete for the ultimate revolution, we'd probably win across the board due to the above great Egyptian traits.