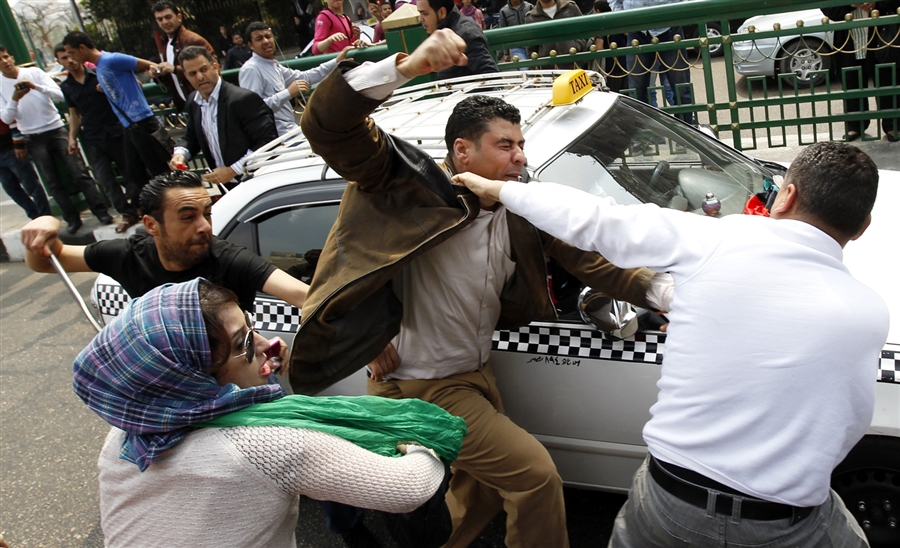 1. Swearing at their mom

Do not take the lord's my mum's name in vain. Just tell an Egyptian guy anything ending with ommak and see what happens. We dare you.

Every time it rains in Cairo, which is approximately all of three times a year, the entire city comes to a standstill. Traffic jams that last two hours now last four. Entire outings are cancelled because people simply can't face the idea of exiting their homes with water pouring from the sky. Streets get flooded. Flooded. After a day of light rain. The last time it rained properly in Egypt the damn roof of a cinema collapsed. We can't imagine what would happen if it rained like any normal non-desert-climate country.

We are just a genetically loud and rowdy bunch. We're not entirely sure if it's just in our DNA to live at a volume which is like, ten decibels louder than the rest of the world, or if it’s that when Egyptians are around other Egyptians, there's some kind of sound synergy thing going on, and as such our collective volume as a nation spikes. Maybe it's because our surrounding environment (read: traffic) is so loud that we feel the need to raise our voices to surpass its volume? And then over time we just got accustomed to living at this new level of sound? Who knows. Whatever the reason, Egyptians face intense difficulty in controlling their sound levels – it's a task of Herculean proportions getting them to lower their voices.

Egyptians do not believe in punctuality. We find it to be an impossible task to arrive somewhere on time. In fact, it's considered downright stupid and bordering on bad manners to arrive somewhere at a previously agree upon time. You're clearly trying to make the other person look bad.

Egyptians spend the majority of their time swearing at Egypt and what a crap country it is, and swearing up and down that they're leaving this shithole for good. If a foreigner so much as whispers that we have a problem, they shoot them a filthy look and start speaking in Arabic about how bedan they are. Meen ebn el a7ba da?

Egyptians just don’t like foreigners all that much. Although to be fair it's not so much a dislike for them as it is an inability to make an effort with them. For guys, khawaga girls are good for one thing – there's a chance they'll put out. Other than that, Egyptians just generally find it exhausting to have to accommodate the English speaking humans. We also just don’t understand them. We don’t get why they eat fruits for lunch or walk to places or laugh when we say we don’t know how to do laundry.