7 Types of People Egypt Can Do Without

We all know them... Let's work together and send them to exile. Forever. 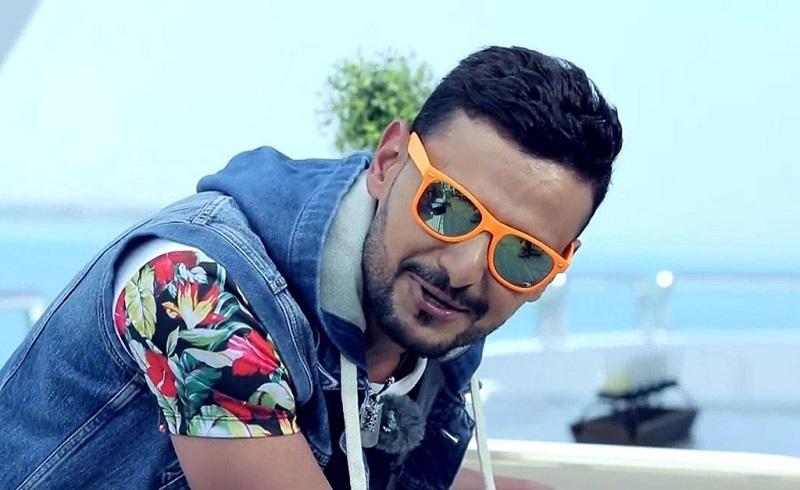 Every country has certain types of people who are just a disruptive and toxic presence in society, and Egypt certainly has its fair share of those. We look at these people and think of The Terminator. All thanks to those two chatterboxes

These delightful citizens think it’s completely fine to just block the entire width of the road for the sake of having a conversation through their windows. Don’t you dare honk at them, otherwise they’ll throw a spitting childish fit at you. These pricks are so self-entitled, they think they have a God-given right to potentially cause a massive traffic jam, just so they can catch up on the last 10 years. To the dungeons with these people please.

There’s always that one relative, usually an aunt, who must comment on your weight. If you’re on the slender side, you are suffering from a severe case of full-blown anorexia and you must eat more. Putting on a few pounds? You are morbidly obese and will suffer from a violent diabetic heart attack and a stroke at the same time. She says you must lose weight or you’ll never get married. Then she proceeds to hand you a plate of konafa swimming in syrup. Please Tant, I’m old enough to make my own decisions.

Drivers Who Honk for No Reason

Decades of a terribly managed traffic system, no driving education infrastructure, and no testing whatsoever, has led most of us to develop an awful habit of honking our car horns incessantly, like hyperactive children who just found a highly amusing toy. We usually do this when there are other cars around to at least just warn them we’re here, because no one in this city checks their rear or side-view mirrors. Then you get these individuals. Their hands are perpetually on their horns honking them almost absent-mindedly. They’ve been driving for so long they just developed a habit of honking them anyway, even at 2 in the morning on a wide-open road taking you to the horizon. Sorry, “habit” is not an excuse for lazy, inconsiderate behaviour. Go home and honk on something else.

The most upstanding members of Egyptian society. The deviants who call up women they hardly know and fancy a little too much, but not to chat or get to know them or even ask them out, but to just breathe heavily down the line. This is among the most bizarre, creepy, and invasive techniques that sexual harassers in Egypt have come up with. What the hell are you doing? Do you just want to listen to her voice? Do you want to say something but you’re just hesitating? Do you think she’ll find the sound of your breath sexy? What do you hope to get out of this? Well in all honesty, we’re not interested in your answers. Up against the wall! In a nation of 90 million people crammed into a narrow river valley, waiting in line for everything is a fact of everyday life, especially when it comes to government bureaucracy. No matter who you are or who you know, we all have to queue up for something. Just because you travelled from lands far away to get a stamp on your paper, doesn’t entitle you to cut in in front of everybody else. We’ve all fought through traffic, meandered between droves of bodies, climbed flights upon flights of stairs to get to a window just to get a small piece of paper, only to do the same again afterwards on the other side of town. Queueing up is the only civilised fair solution for everyone to get their errands done in as quick a time as possible. 2asl ana gai mn ba3eed wi mista3gil or ya 3am mafeesh nizam uslun are among the incredibly selfish excuses you’ll hear from these people. They ought to have their smug faces hacked off with a korbag.

Oh, dear God. Somebody ought to pour acid in their popcorn. Months and months before the DVD commentary is to come out, we get these people, who absolutely, cannot, just for one minute, keep their mouths shut during a film at the cinema. No no! They absolutely must comment, discuss, throw a cheap effeh, laugh out loud, and have full-on vapid conversations about what’s happening on the screen. The tragically obvious difference between the television in the living room and the silver screen at the multiplex completely eludes them. And if that wasn’t enough, they simply must check their smartphones, with the brightness turned fully up, and take multiple phone calls throughout the entire film. To top it all off, not a single phone in the entire place is on silent. Notifications galore! Try to politely ask someone to keep it down and you’ll start a brawl. Maybe it’s time for cinemas in Egypt to employ A Clockwork Orange tactics? If you haven’t seen him or heard of him yet, just wait for Ramadan and you’ll know why he’s on this list. It would probably be illegal to express the things we would like to do or see happen to him here, so instead, we'll show you what Steven Seagall would do to him.

Feel free to express your thoughts on Facebook too!