AOS Is An Art Form For Sculpting Your Body

Ya'll gonna be psyched - if you're a fitness guru, that is - with this new fitness centre. If not, keep on scrollin', you might find a fashion buzz or something - we don't judge... 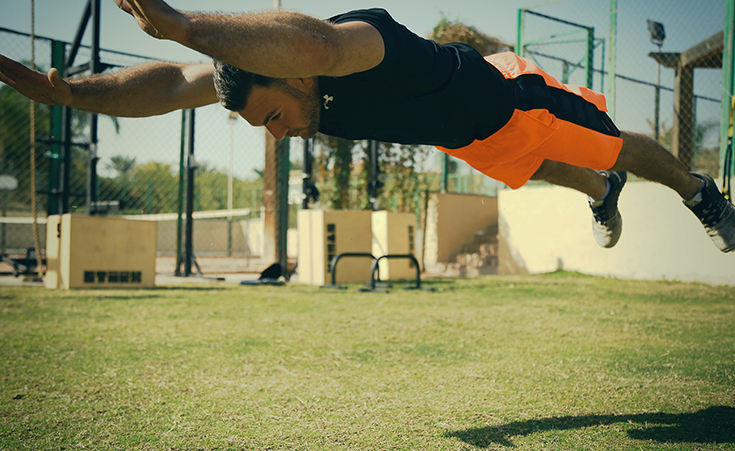 Ah, exercise; you, dear friend, are one tough cookie. When we wake up, the first thing we do is check our phones, correct? We check the Instagrams, the Facebook posts, and - most of all - Whatsapp texts. Along with the ‘good morning’ texts and the ‘let’s go to lunch’ texts, there’s always that one friend who says, “wake up and call me, we’re going to the gym!” Our minds automatically go to the famous “I’ll start tomorrow” line, but not this time. This time, we found motivation. What motivates us? COOKIES! Okay, no, what really motivates us are new gyms and fitness centres - new toys to play with! That’s why we got all excited when award-winner Youssef Salem opened up AOS in Sheikh Zayed. “When I participated in the BJJ World Championship, along with three other friends, we were the first Egyptians; I became more inspired to turn fitness into a career,” Salem explains.

Youssef Salem has been dedicated to sports - such as martial arts, boxing, and anywhere from kickboxing to Brazilian Jiu-Jitsu - for 14 years, and won several awards for them. He later received a fitness certificate at The National Academy Of Sports Medicine and became an official certified NASM athlete.“There was no better way to turn this into a career than to get that certificate  – this is a solid foundation for fitness and health,” Salem tells us. His dedication continued, and now he’s brought us AOS in hopes that we’ll move our asses and be dedicated, too.

What really differentiates AOS from other fitness centres are the several programs they offer, including HIT and an ‘evolution’ workout. They actually assess your abilities to see which workout suits you more. Because we’re couch potatoes most of the time, we’d probably qualify for the ‘Essential’ class, since it’s for simple, basic people, like us.