The first in a monthly series of galas is taking place in the nineteenth century halls of Abdeen Palace on March 20th. 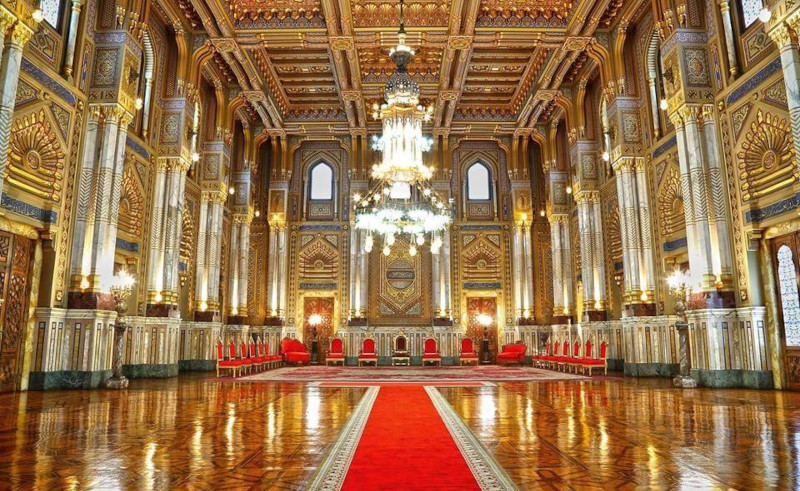 Normally closed to the public, the opulent, nineteenth century Khedivial halls of Abdeen Palace are - for the first time - opening their doors for an exclusive gala just ahead of Mother’s Day on March 20th.

Organised by Events Around Egypt, the gala marks the first in a series of special events that will be hosted at historical venues across the country. While the palace has previously served as a backdrop to concerts taking place in its outdoor courtyard (such as the recent Umm Kalthoum hologram experience), this will be the first time a gala takes place in its interior royal halls.

The gala will be hosted in the Royal Marble Dining Room and is set to feature a musical performance (yet to be confirmed) while giving guests the opportunity to have their portrait taken by celebrity photographer and founder of Beit El Sura Ahmed Hayman. Gala-goers will also be treated to an exclusive tour (in English and Arabic) of the royal wings.

The palace was once the home of Ismail Pasha, who moved the government headquarters from the Citadel of Cairo to Abdeen in 1874. Designed by French architect Leon Rousseau, the 500-suite palace is considered one of the most ornate in the world.

If you’re down to live out your best ‘Saraya Abdeen’ fantasy— this may just be your chance. Tickets are for EGP1,800 and EGP2.500 for Egyptians and non-Egyptians respectively and can be purchased by sending a direct message on instagram to @events.around.egypt. Ticket sales close on March 15th.

Follow @scenetraveller and stay tuned for more exclusive travel stories from across #Egypt and beyond.