Flicking through Instagram, the one and only Tony Hawk pointed us towards Skateistan; a brilliant initiative combining skating and schooling in Afghanistan... 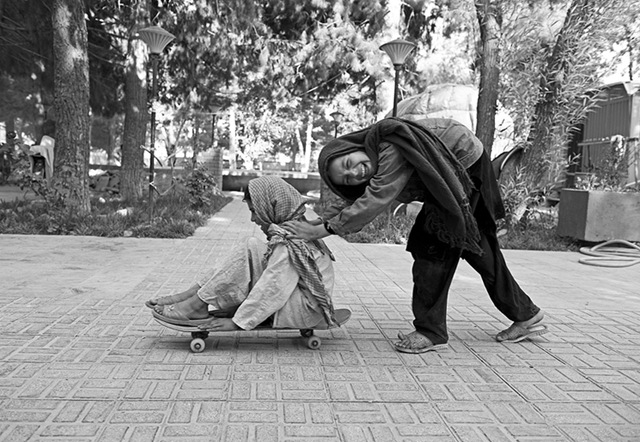 NGO Skateistan, set up shop in the war ravaged country in 2007, and is a non-profit initiative that combines skateboarding with education. It has since flourished from a small project to an award-winning initiate, which not only provides marginalised kids with a place to practice the unlikely sport but also functions as a school where students can learn everything from basic reading and writing skills to advanced computer courses. The programme, founded by Oliver Percovich, now has a student body comprised of 40% girls. The Australian founder started out with just a few skateboards, but the NGO has now grown to the extent that it has received government contributions from a variety of countries including Germany and Canada. We're not entirely sure what compelled this guy to randomly move to a war-torn country and start up a skate school, but well done you. It now provides a safe environment for children across Kabul to learn a nifty sport and be provided with an education.

In a country where women aren’t even allowed to ride bicycles., skateboarding has flown under the radar, being a relatively new concept and has attracted droves of girls. We must admit, it's pretty kickass. Breaking gender barriers in a country where you would literally, least expect it. Can you imagine Egyptian women just casually skateboarding down the Corniche?