Just weeks away from his attempt to break the Guinness World Record for the deepest dive, we speak to the Egyptian who's planning to go where no man has ever been... 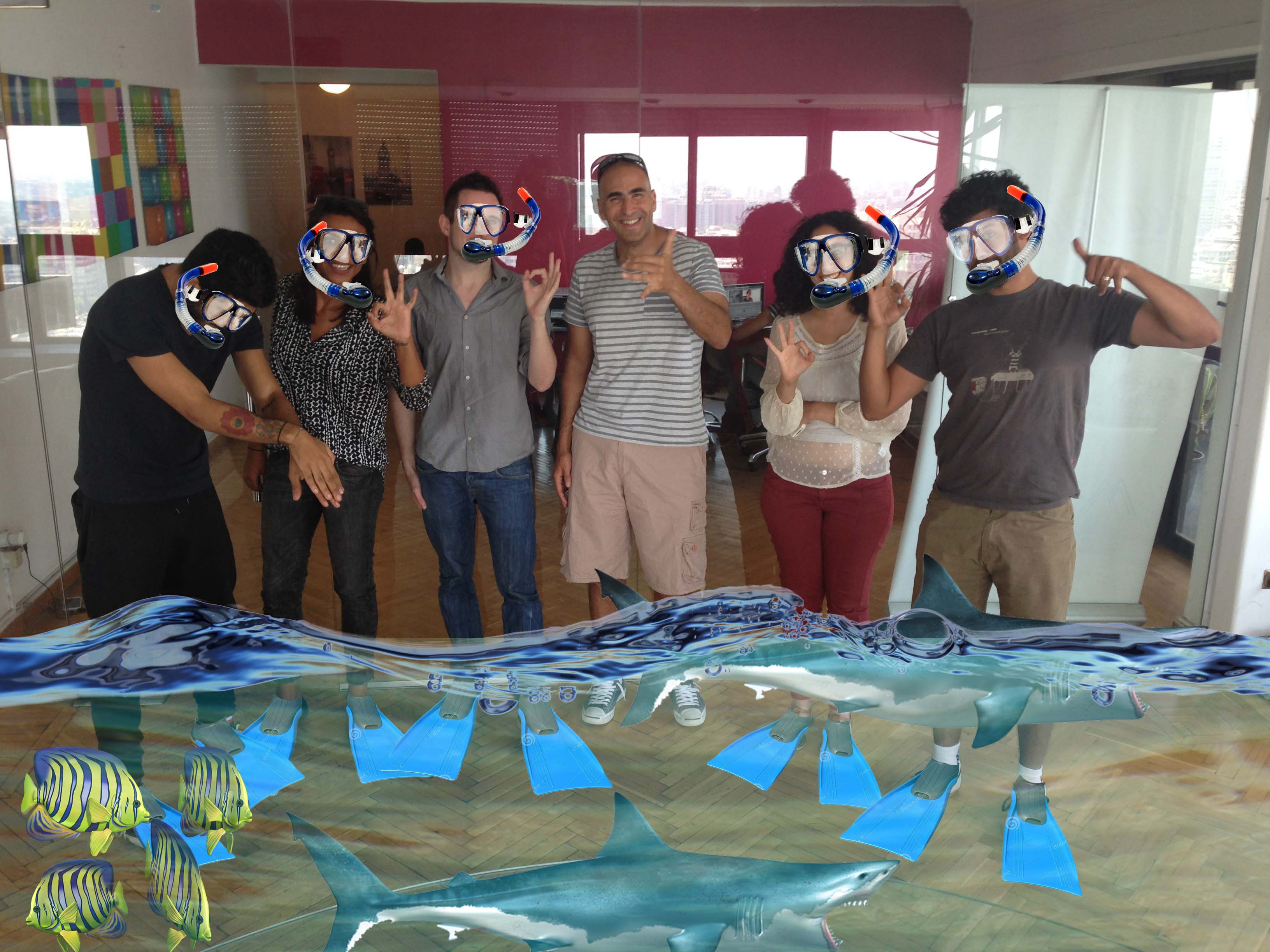 With over 13 years of diving experience under his belt, Ahmed Gabr is now literally venturing to new and unexplored depths, hoping to break the world record for deep sea diving. With the record currently set at 318.25 metres, Gabr is readying himself to hit the 350 metre mark next September 18th, in a move that would put him in the Guiness Book of World Records. With accreditation from the Professional Association of Diving Instructors (PADI) and Technical Diving International (TDI), Gabr will be putting Egypt on the map in a big way.

In the latest Scene Session, CairoScene sits down with the pro-diver to talk about the risks, fears, highs and lows of diving and his upcoming excursion...

How did you first get into diving?

When I was seven-years old, my school arranged a trip to Sharm el Sheikh. I was snorkeling there when I saw my first diver and I said to myself, “this is what I want to do.” My dad was very motivating but he couldn’t afford a diving course at that time. So when I was a bit older, after high school, I joined the military academy and only had three weeks of vacation. I started taking courses during this vacation time and I became a professional diver in 1996.

What was it about diving that you loved so much?

I used to watch Jacques Cousteau on TV. The funny thing is, the person doing the documentary about me now was one of Cousteau’s team members! He will be here two weeks before the event on September 18th. We are now in contact with Guinness World Records, but the thing is, need more funding. You have to pay 10,000 GBP (over 120,000 EGP), and I’d rather spend the sponsors’ money on equipment. There’s a procedure we must follow and I think now we’re prepared for it. We have expert witnesses and the rope with the appropriate measurements because supposedly the computer will stop at a certain depth, so I’m not relying on computers. We’re sending the rope now to Cairo University to be stamped and authorised. The witnesses we got are competitors actually, so they will be unbiased.

Why do you want to get the world record?

For me, I've passed the point of being fascinated by marine life and I'm now interested in geology and depths. It’s also an experiment to test how far the human body can go, especially as there is no study that sets the limit on how deep we can survive.

What is the record right now?

The official record is 318.25 metres. There are only two people who broke the 300 metre record, and I will be the third one.

What goes through your head before you jump?

You have to clear your head completely.

I actually put on weight since I started my record attempt. I have to lose fat and build muscle, so my training has to be cardiovascular.

Is there some sort of competition between deep-sea divers?

I’m trying to be neutral and not competitive so I can make sound decisions, because one mistake could mean your life.

What’s the closest you’ve come to real danger while diving?

So far, I haven't. There has to be a system that, when followed, will not put you in danger. Anyone can go to 300 meters; you just have to be physically and psychologically ready.

What about the bends (decompression sickness)?

Decompression is an issue, of course. In the kind of diving I’m doing, it’s not my main issue. My main issue is something called the high-pressure nervous syndrome (HPNS) and it’s related to helium diving. I've never experienced HPNS but I experienced something called isobaric counter diffusion – or ICD. ICD is when you can’t breathe for some time, but thank God, I've only experienced a very minor case of it. Because of the bends, it’s going to take me around 12-14 minutes to reach my weight point and 14 hours to come back up.

How many oxygen tanks are you going to use for your dive?

How many people are helping you?

I have 15 support divers.

Your mum must have a heart attack every time you dive...

Well, I always take my son with me. He’s eight, so he’s always impressed. But I try avoid talking about my dive in front of my mum and sister.

What was the hardest part of your career?

I took a combat diving course in the States on a scholarship given to me by the Egyptian army. I spent six months there. It’s one of the toughest courses in the States. Getting through it was a real challenge.

Have you ever experienced fear?

If someone doesn’t experience fear then they’re crazy! In order to have guts, you must have fear, and then overcome it.

Does fear differ from land to the water?

Of course. [Land] is your element and your comfort zone. But you learn to move past that and adjust.

Is there one experience where you were exceptionally scared?

Not really. I’ve never had a diving accident, nor have any of my students. I consider myself a safe diver.

Where is your favourite place to dive in Egypt?

Of course, the unexplored areas in the south of Egypt. Marsa Allam, Hamata...

Are there any secret diving spots?

Well, my dream after breaking this record is to break the deepest shipwreck record. I’m planning to explore some shipwrecks from the Napoleon era in Alexandria and the North Coast.

What’s the strangest thing you found under water?

The water formations. It’s an actual desert under water. There are mountains and valleys. It's really strange!

We've heard that irresponsible diving schools are destroying many reefs, what’s your opinion on that?

I think there’s a big competition between diving institutes all over the world. People are very unaware, and they just try to make money. There’s a lack of scientific awareness about the corals and reefs.

Do you think over time this will eventually destroy the natural beauty of the area?

If kept the same, yes. Especially in touristic areas like Sharm el Sheikh, Dahab and Hurghada.

Has your son dived yet?

Not yet. He’s my assistant though.

Will you be proud or angry if your son breaks your record?

I’ll be very proud. I’ll help him, but I won’t encourage him because it’s risky.

People describe how diving is addictive, can you describe what keeps you coming back for more?

Is there patriotism involved in your trying to break the world record?

I’m very proud of being Egyptian, but I don’t classify people depending on their passports. We're all human, we all cry and laugh the same way.

Find out more about Ahmed Gabr's mission to break the world record for deep sea diving on his Facebook page here.