Think you're lucky to be jetting off abroad this Eid? Aida Aly begs you to think again... 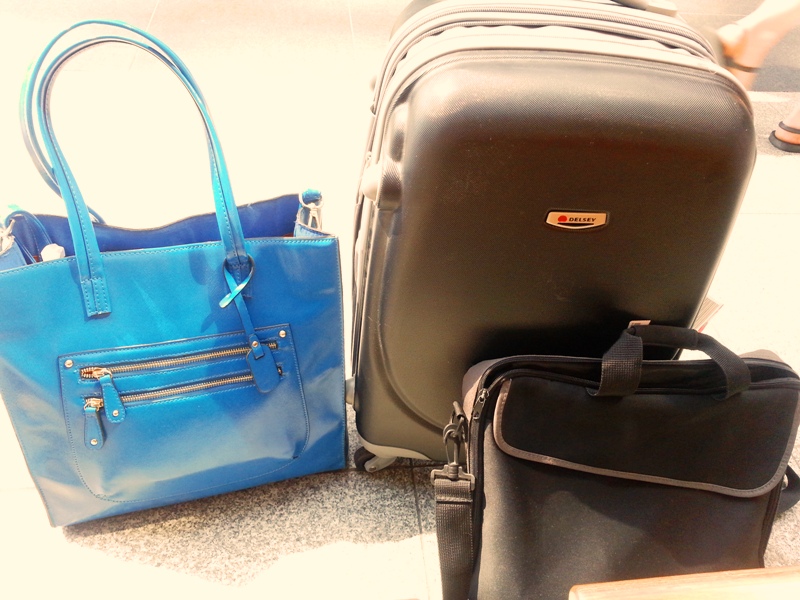 I never quite understood people that enjoy flying. It’s such a nerve wrecking hassle. Even more so when you’re travelling on a plane filled with Egyptians. I have this theory that all Egyptians were born lacking the gene that made you able to form and/or stand in a line. It’s not enough that my theory gets more and more validated every second I spend in Cairo traffic, I feel like I have indisputable proof whenever I’m in the Cairo Airport.

The adventurous journey one goes through at the airport begins the second you enter the poorly designed parking lot with hundreds of men offering you a taxi, promising that theirs is the cheapest price. After successfully fighting your way through the hoards of drivers standing in front of every entrance you then quickly readjust your enormous handbag placing it on the other shoulder because this one is already aching so much and you haven’t even checked in yet. You try to remind yourself why in the world you decided to take three books, your laptop, your iPod and the biggest make-up bag you own with you on the plane, while you drag your elephant -sized suitcase behind you, silently praying that the man at the check-in desk will be too busy looking at your cleavage to realize how overweight your bag is. Because let’s admit, it doesn’t really matter if you’re traveling for a week or a month, you are going to stuff every piece of clothing you own into that suitcase. “But these pants aren’t even your size!” your mother chimed in while you packed. “Well, what if I lose weight?” “But, you’re only there for a week” “So?” You don’t even like the pants that much and you’re most probably not going to wear them, but some higher power is telling you need them. You need those pants. Oh, and that ugly floral shirt your great aunt gave you for you birthday 5 years ago. You need that, too.

It’s a woman at the check-in desk. You’re screwed. You lift your suitcase up to the scale, pull a muscle and scream inwardly lest the woman realise your bag weighs the equivalent of an obese American. “You’re bag is 7 kgs overweight,” she says, looking bored of her job and her life, for that matter. “Oh, it is? Haha, I hadn’t realised…” Beads of sweat start rolling down your forehead and you quickly try to think of a way to maybe stuff those 17 pants you packed into your already heavy handbag. “Next!” yells the woman and you find yourself silently praying to the gods of packing for their help.

And then comes what you’ve been dreading the most. The thing that keeps you up at night in fear days before your flight. Passport control. It isn’t just the bottleneck of people formed in front of every desk that scares you. Or that man with a beard and an angry look at his face that one always runs into no matter which airport you’re at, in whichever corner of the world. The thing that truly frightens you is being caught. Being caught with what, you don’t know. You know the only thing they can confiscate in your bag is that bottle of L’Oreal shampoo you decided to take last minute. You know your name isn’t on any terrorist list. You know you don’t have any drugs or hidden weapons on you. And yet you always stand there wearing the same facial expression you wore when you broke your mother’s favourite vase at the age of four.

After what seems like hours you finally get to that yellow line on the floor. “I really shouldn’t have taken that Ken Follet novel. I’ve been meaning to read it for years. I sure as hell won’t start reading it now,” you think as you hand the officer with the pornstache your passport. “Wait here, please” he says. “Oh, fuck. They know. Wait, know what? Goddammit Aida, pull yourself together!” You plaster your fakest smile and say “sure,” with an overly high-pitched voice. Seconds feel like hours and you start panicking. The police with the pornstache is now talking to another officer with a beer (or in his case karkadeh) belly and they’re looking at you. Pornstache nods in your direction and right before you finish carefully orchestrating an escape plan in your head, he comes back with your passport and you walk through.

You run to the smoking area knowing you only have minutes to spare before your plane starts boarding. But just like those pair of pants you insisted on packing, you need your nicotine dosage before spending four hours on a plane packed with. After smoking the fastest cigarette in history you arrive at your gate only to find hundreds of people standing in front of it forming an even bigger bottleneck than the one at passport control. “Wad ya Omar! Gebt 7allet el ma7shy ya wad?” you hear a short, chubby woman in a galabeya yell from the back of the so-called line to who you assume is her son. Suddenly, the woman’s family starts multiplying, carrying things from blankets to strollers and pots and pans with them. You suddenly start feeling less guilty about packing three books and pants that don’t fit. “At least I’m not the woman boarding a plane with a 7allet ma7shy,” you say to yourself as you make your way to your seat on the plane.

And no, you’re not that woman. But you are sitting next to her.

Here’s our rundown of the hottest destinations opening on Egypt’s North Coast this [...]

Established near the Egyptian Public Library in Izbat Al Burj with help from UN [...]

Tale of Us is flying in from Italy as part of Makadi Height's 'Out of the Blue' weekend music festival alongside superstars Elissa and Wael [...]