As the couchsurfing trend continues to grow, one Egyptian photographer and writer has fed his wanderlust with the new form of adventure. Rahma Zein El Din meets the author of 'Couch Traveller in Iran' at the opening of his exhibition at Darb 1718. 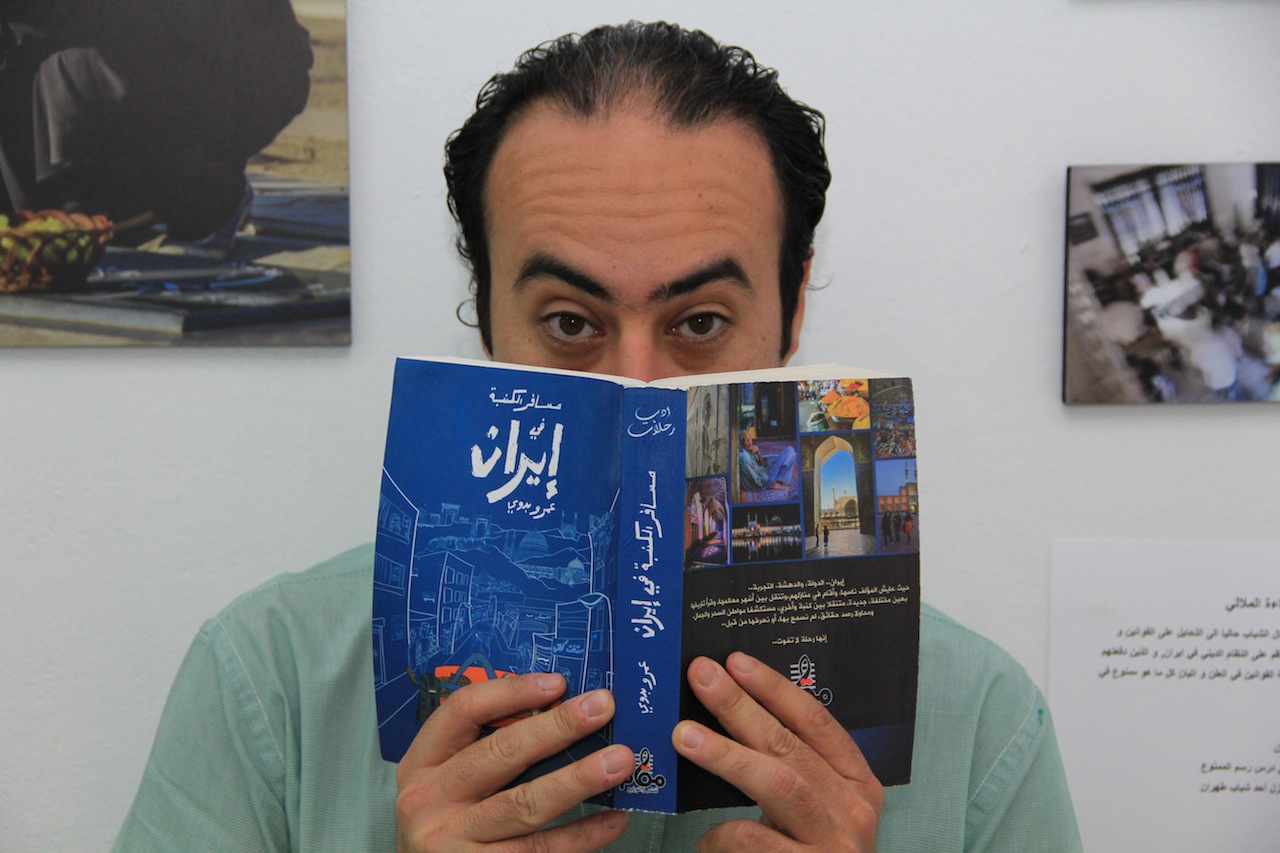 The cool air is a welcome relief as we pull up to the quaint and quiet strip in the heart of Old Cairo where Darb 1718 is located. The multi-talented Amr Badawy walks around his own exhibition of his enchanting photographs documenting his travels through Iran. But was this really Iran? One photograph shows a wild house party whilst another equally stunning shot displays the most beautiful mosque interior. Landscape, people and moments, Iran... Beyond Images paints away from misconceptions and stereotypes. Badawy continues to walk amongst his photographs, smiling at the untold stories behind each and every one of them that he could have easily kept to himself but instead documented in his book Couch Traveller in Iran. Visitors to the gallery eagerly walk up to him to ask the same question I'm gearing up say: “how on earth did you get the guts to do it?” Turns out, you don't need guts to visit Iran, alone and unguided. You just need an open mind. Badawy has always fallen victim to wanderlust, using couchsurfing to meet new people and, more importantly, to get to know the country he’s visiting beyond a superficial level; “travel is my passion, I found that with photography, the two go hand in hand. Couchsurfing has helped with my experience. I have hosted people from all around the world and they opened my eyes to new things, it’s an exchange of culture,” Badawy says, almost blending in with his photographs. Bombarded by question by peers ranging from how he occupies his time when travelling alone to whether or not couchsurfing is safe, Badawy felt compelled to write a book. “I have traveled far and wide through couchsurfing and people are always puzzled. I wanted to show everyone that this is the best form of travel. I wanted to chose a country that is tarnished with stereotype and misunderstandings, so for my first writing experiment, I decided on Iran.” For a whole month Badawy, traveled through a country that is tarnished with negative stereotypes. “I try and break away from the norm. I guess I am a bit of a trouble seeker; an adventurer. I found that I was right and Iran is not how people imagined it. I took pictures at ease and traveled easily exploring the country...Most of the trip was spontaneous. Through couchsurfing, I got to meet people from all walks of life each one added something to me, I met a mountaineer, I met a director. I met those who are depressed about the regime and those who are optimistic. Travelling through couchsurfing is the key to the doors of a country’s culture, dealing with locals and local affairs.” Badawy passionately explained that the latter means of travel saves travelers from extortionists and guides whose mission is to benefit financially; “with couchsurfers and couchsurfer hosts, it's simply an exchange of minds”. Badawy excitedly talks about the underground culture he experienced first hand through his travels. “I got exposed to Iran in its entirety; social, political and religious. It was interesting to see  how people adapted to the various restrictions. For example people host art classes at home (as seen above) and through parties in their basements.” He continued with an amusing story that really stuck with him: “Travelling in a bus from Esfahan that was going to a house party, the bus turned into a club with loud music and everyone dancing with curtains drawn. Once we hit a checkpoint which the driver announced, the music was switched off, the girls put on their head scarves and everyone took a seat. The juxtaposition was too much; at one point it’s like a bus going to a rave and then in a quick change it’s like we’re heading to Mecca. Once we arrived at the house people had sleeping bags with them and at 5AM, the party finished and everyone found random spots to sleep...I have been to parties but never like this.” Badawy aims for his book to reach those that are curious but may not have the courage to explore new ground, as well as those who want to explore but just need a push and the knowhow. As for the adventure seeker, he plans his next book to be about an exploration of Afghanistan which he has been to before. He also explains that couchsurfing, contrary to belief is not restricted to males, as even in conservative Iran he met many a female couchsurfer. Aiming to break stereotypes and in doing so explore the world, Badawy promises a series of travel books that invite readers not only to share in his experience but to conduct their own.