Dubbed "the Lady of the Jewels" this is one of the few occasions a pharaoh's treasures have remained untouched... 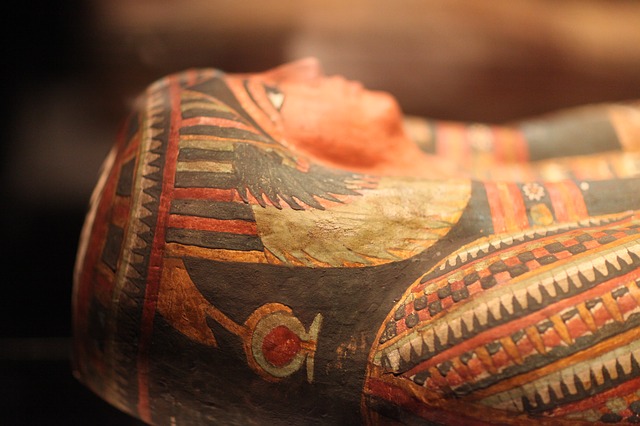 In a country where most mummies recovered have been robbed of the supposed treasures their tombs held once, a sarcophagus with a mummy wearing some fabulous jewellery is worth noting. "The Lady of the Jewels" was discovered by Spanish archaeologists on the West bank of the Nile in Upper Egypt this weekend. The mummy and its sarcophagus were badly damaged from being buried under the collapsed roof of the tomb for up to 4000 years. However, according to the Upper Egypt Antiquities Department, the collapsing roof hindered robbers of entering the tomb and contributed to the sarcophagus remaining sealed throughout the last four millennia.

The mummy is believed to have been an aristocrat in her 30s who had died of unknown causes. Accompanying her to her eternal kingdom was a gold-plated necklace inlaid with lapis lazuli, a shell-shaped golden pendant, two badly damaged silver ankle bracelets and two golden bracelets on her wrists.

The findings are significant as they emphasised that the region was used for aristocratic funerals in the Middle Kingdom period. The tomb was located underneath the ancient Pharaoh Tutmosis III's tomb, further demonstrating that the necropolis of the burial site was used by the creme de la creme of society. The project "Tutmosis III Temple Project" that found the Lady of the Jewels has been doing research on the site for the past six years, clearly celebrating the incredible finding with a small party in Thebes.