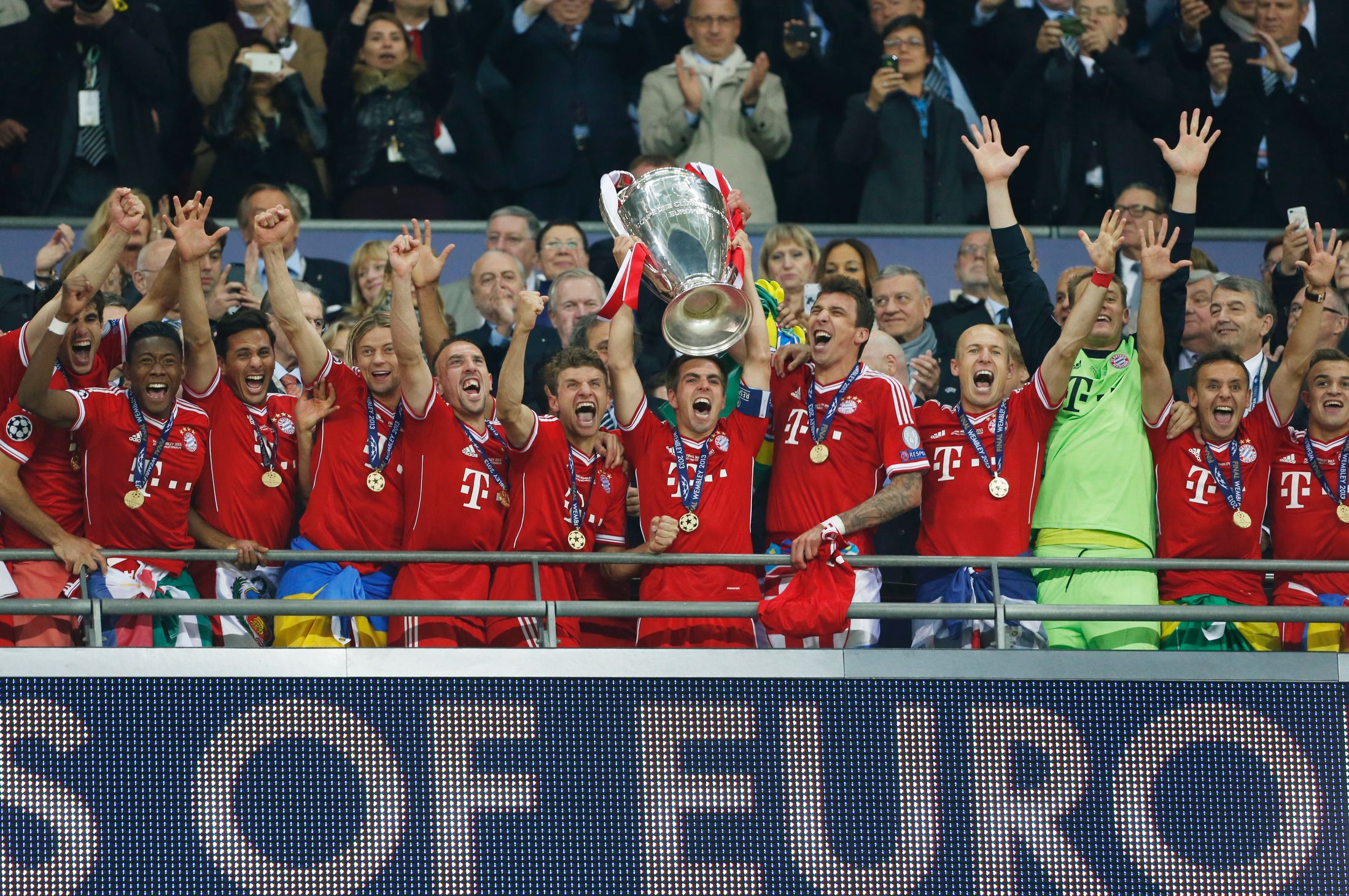 Yesterday was the night the footballing world had to recognise Germany’s newfound dominance of the soccer scene. Two German teams, after beating off competition from all the neighbouring countries, going head to head at the legendary Wembley stadium. At the end of the night, it was Bayern Munich that showed everyone why they are the new powerhouse in Europe.

I haven’t missed a Champions League final since Bayern’s last won the trophy in 2001. I usually make a schedule for match day, where I spend time reading all the build up articles, watching the interviews and the pre match analysis and predictions. This time, however, I didn’t. Maybe that was because of the fact that it was an all-German final, and probably the second least interesting final in the past nine years (the most boring final to date was Porto versus Monaco in 2004).  We were brought up to think that Germany is the bad guy and it has to lose, so this match was a bit confusing. The other reason was the fact that I spent the majority of the first half watching highlights from my phone while I waited under my best friend’s house, while she got ready (if you’re reading this, I partially blame you).

From kick-off till the end of the match, it was more dominance for Bayern, with Dortmund showing moments of brilliance that didn’t last. Bayern were throwing chances left and right, most notably by Robben, who was known to be a jinx in finals, having lost it with Bayern two times before, in 2010 and 2012. His misses almost gave you the feeling that it just wasn’t in the cards for Bayern. It also didn’t help that Dortmund’s goalkeeper, Roman Weidenfeller, made numerous stops to keep his team in the game with the best one being the one he did with his face.

Yeah, he totally meant to do that.

The second half proved to be more fitting of a Champions League final. Chances were more dangerous, and weren’t all one sided. And there were goals. At the 60th minute, Robben finally got the better of the goalkeeper before rounding him up and passing to Mario Mandzukic (you pronounce it like you spell it), who nodded the ball into the empty net. Eight minutes later, Dortmund were awarded a penalty after Brazilian defender, Dante, thought for a moment that he was King Leonidas and kicked Marco Reus in the chest. Penalty was easily converted by Ilkay Gundogan to make it 1-1.

After the equalising, Bayern went haywire and Dortmund were looking like they weren’t going to last for long.  At the 80th, Thomas Muller was able to, again, round the goalkeeper but his cross was intercepted just before the goal line by a brilliant sliding tackle by Subotic.  A few minutes later, it didn’t matter because Robben was able to score the winner with two minutes  to play, changing his status from jinx to long lasting hero.

I guess there were a lot of people who were rooting for Dortmund yesterday, whether they were Bayern haters, underdog supporters or both, like myself. The reality is, Bayern deserved it. They out powered the English (Arsenal), outclassed the Italian (Juventus) and slayed the Spanish matadors (Barcelona).  The happy ending to this story was not that the underdogs won the tournament. It was that the mighty conquerors took over the continent and reclaimed their throne by defeating their enemy. Congratulations Bayern, you truly deserved it.