"A perfection of means, and confusion of aims, seems to be our main problem." That, and your stupidity, of course. 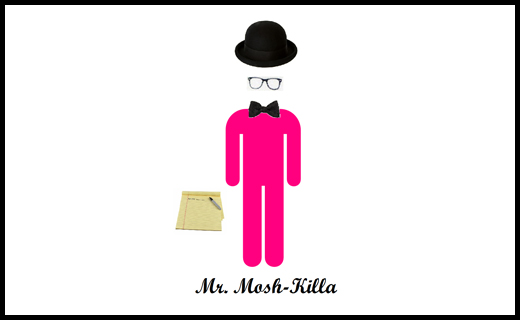 I'm planning on sneaking out during curfew. Should I dress in Niqab, camouflage print or short-shorts? Which will get the military and/or civilian checkpoints to let me slide by?

If you dress in Niqab, the Army will think you are Ikhwan and more than likely arrest you, do a virginity test on you, shoot you or perform Expecto Patronum on you. If you wear camouflage print, you're not really fooling anyone, because that pink, yellow and red camo crop-top you got from H&M won't be mistaken for official military uniform, though the fashion police may be on your tail. So if you absolutely HAVE to sneak out during curfew because you're, like, a crazy romantic wild child who don't give a shit about authority, wear short-shorts because the 3arabeya box can get pretty hot and stuffy.

Is being a gay Muslim okay?

If you look at Islam as a human tradition with its history and contexts anchored to this planet, rather than something that transcends humanity, floating above us like a nimbo-stratus, unchanged in essence, then the answer is yes, Islam can have a place for queers. If you look at heralded Islamic poets, mystics and philosophers from yesteryear like Rumi and Abu Hanifa for instance, their writing is abundant with homo-eroticism which also goes to show that religion is an ongoing process of human interpretation with followers nowadays generally binded and blinded by the absoluteness of Islamic law. At the end of the day it is your life, and you can do what you want with it, just don't go running into the streets after curfew in short-shorts...

I've had a cat for a year and all this time I thought it was a he. Last week I found out it's, in fact, a she. Now I'm ashamed to tell my friends about this because I'm ashamed of myself for not being able to tell the difference between something that has balls and something that doesn't. How do I deal with this?

I'd be more embaressed for the cat then your human friends. Imagine the deep psychological issued that little feline has? She doesn't know what she is either. Have you been getting her blue balls to play with instead of pink ones? Oh, wait, you don't even know what balls look like. With nothing else to play with she's probably been bullied all her life after taking cunnuilingual liberties with the other felinesses in he area. Is she a Muslim too?