Culture in a Cup of Coffee

Dalia Awad discovers there’s more to the ancient elixir than a caffeine fix as she heads to London for the launch of Nespresso’s latest capsules, inspired by Cuba where, like Egypt, coffee is a cultural commodity. 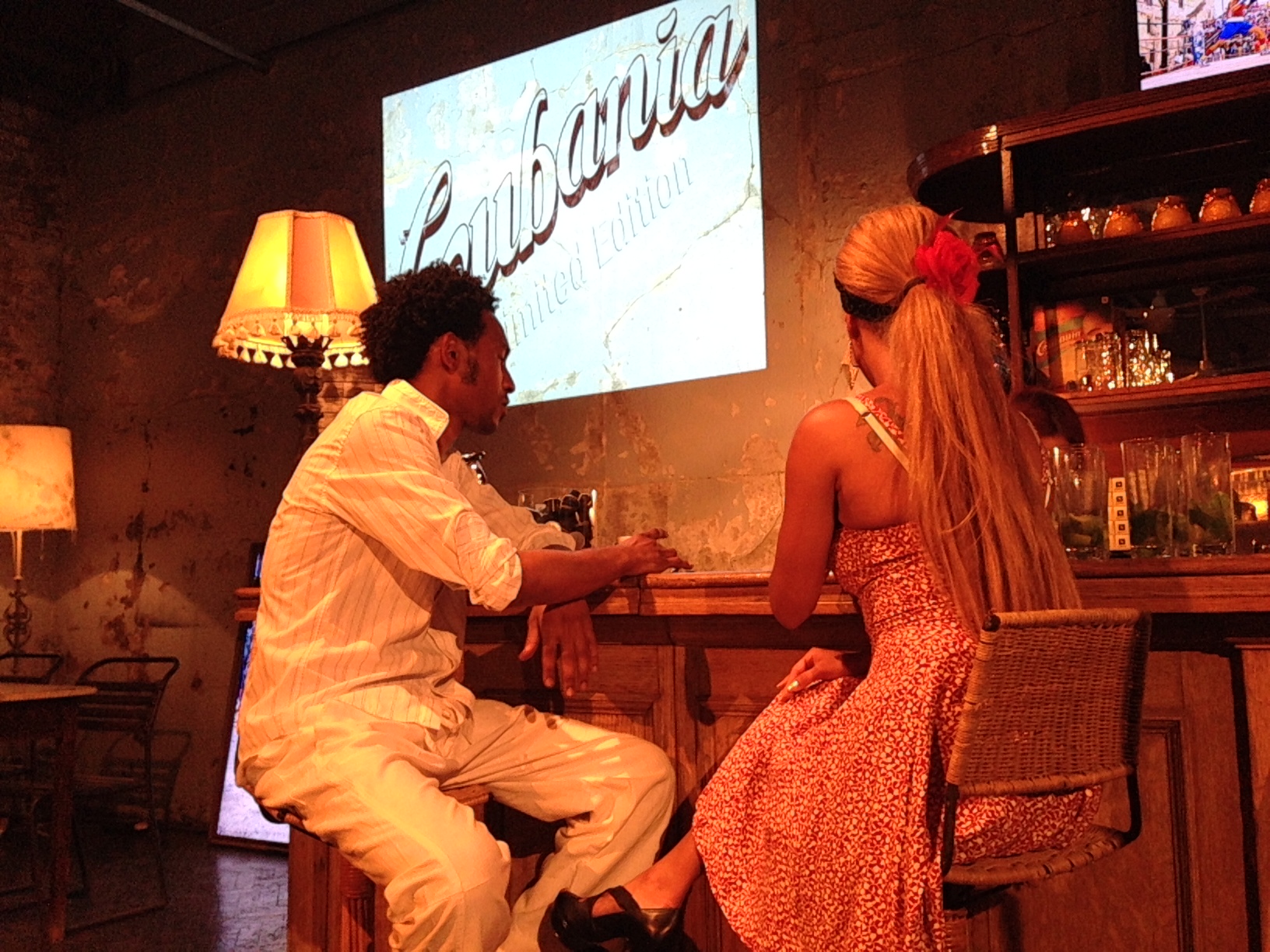 In a shady part of East London, behind unassuming black shutters, lay a little slice of Havana and a big taste of Cuba as Nespresso invited journalists from across the world for the reveal of their latest capsule, Cubanía. Though the ingenious system for consistent home coffee making might be considered the fast food of the hot beverage world, each blend, as I was soon to find out, spends years in the making as the coffee experts approach each new product with the same authenticity and intricacy they did at this event that saw a warehouse converted into a living, breathing Cuban barrio. From the moment I walked in, I was transported by sights, smells and sounds I – a Londoner by upbringing – had never experienced in the normally grey capital. There were washing lines hanging in a tiny alleyway, restored classic muscle cars complete with a set of eager Cuban mechanics and gorgeous Latin ladies alternating between gossip and guitar playing. Groups of cheeky young men loitered around a barber shop, cracking jokes and beating out rhythms, while the older men poured over a game of dominos and a cup of coffee; short, intense and sweet, drank in one shot. It was like a scene from a movie; one that easily could have been set in Cairo too.

Arabs’ relationship with coffee is the longest in the world, with the first every written record of roasting and drinking the bean coming from Arab scholars. Arabica coffee was the first species to ever be cultivated and comes from Ethiopia, and brewing was invented in Yemen, before spreading to Egypt and Turkey before the rest of the world. Today, as much as in the past, coffee remains a social lubricant and drinking it almost a necessity in Egypt as exemplified by the thousands of constantly populated street cafes on our streets and the mandatory kanaka in everyone’s kitchen. And so too in Cuba, where a cup of coffee is as ritualistic and socially embedded as it is in the Arab world, used for socialising and lingering rather than energising and awakening. Though coffee was first cultivated on the island some 700 years after Ethiopia had given their gift to the Arab world, Cuba’s climate allowed it to produce both Arabica and Robusta beans, and the industry prospered in the 1940s and 50s as the country exported up to 20,000 tonnes of premium-priced coffee per year prior to Fidel Castro’s reign. Sanctions against Cuban goods would soon bring the promising industry to a near-halt and though coffee’s contribution to the national economy has fallen dramatically, it’s place in society is still dear.

A Havana coffee shop circa 1950

“The relevance and importance of coffee in South American and Middle Eastern countries is similar,” agrees Karsten Ranitzsch Nespresso’s Head of Coffee as we sit down with a cup of Cubanía, of course. “But for different reasons. This is the amazing thing. You find coffee consumed all around the world, and when you dig into it, you find the whole story of the drink in that culture.” He continues to add that many Arab countries still consume coffee in the authentic, original way, as learned from Ethiopia – what the experts call the “cradle of coffee.” Where Arabs differ from the rest of the world when it comes to making the perfect blend, however, is the addition of spices from cardamom to mastic. Meanwhile, Nespresso’s new Cubanía capsule stays true to South America’s preference in taste and intensity, ranking in at a whopping 13 on the Nespresso intensity scale – their strongest ever cup of coffee.

Though throughout the launch event I was taught how to prepare the new Cubanía capsule in several different ways – from a banana and rum coffee cocktail to Cuban coffee jelly (seriously) – the typical way coffee is drunk in Cuba is in one shot with the simple addition of cane sugar, served with a glass of water; a sight that populates many a Cairene ahwa tabletop. “Countries that produce a lot of sugar cane [like Cuba and Egypt] traditionally take their coffee sweet because the option was historically available to them. Meanwhile, in countries like Australia and the UK, 95% of coffee is consumed with milk, because they have lots of cows,” says Ranitszch, revealing just how much you can learn about a culture and its history quite literally over a cup of coffee.

While Egypt and its coffee culture might not posses quite the same flamboyance as Cuba, as exemplified at the London event through sultry Salsa music, live mural painting and a street carnival feel, coffee remains at the heart of both nations’ social gatherings, binding friends and families and even solving feuds.