Previous Post
All You Need to Know for a Ritzier Valentine’s Day
Next Post
Gourmet Ice? Meet Cairo’s Newly Coronated Ice Kings Behind the Blue Bags

Memoirs of a Balding Egyptian Man

Ravaged by genetics and too many hormones, a man on the brink of baldness finds solace in DHI. 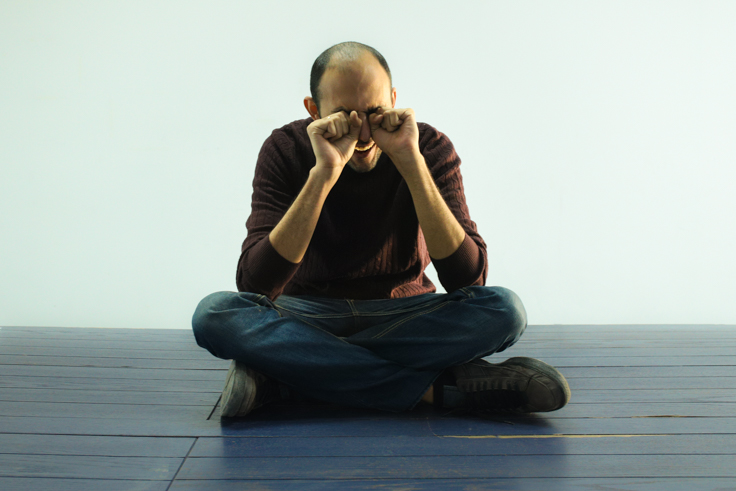 I woke up to something more terrifying than The Shining if they replaced Jack Nicholson with a giant spider (that’s an ax in each leg). I found a bunch of hair scattered all over my pillow case, and I’m 25 for God’s sake. I thought this skipped a generation and maybe my sister was destined to be the bowling ball of our generation but apparently not. Maybe it’s just a temporary thing? Moisture? The wind? Too much fried chicken? Yeah it’s just a phase. Not a real thing. Nope.

I can see the side of my big-ass goblin head shining in the mirror. Yeah there’s still “hair” there but shine a light at a certain angle and bam, goblin. My friends keep telling me “it just means you’re too manly” and “being bald isn’t all that bad, you get used to it.” But I don’t want to get used to it. A lot of people can rock being bald but I’d rather hang on to my fluff, goddammit. Maybe I should look into oils and whatever? Crystals? I’m going to go Google scalp massages.

I’ve put more oils, herbs and tinctures on my dumbass head than a witch puts in her cauldron to damn an entire village to Chinese hell, and all that has done is make what’s left of my hair a bit shinier and a lot smellier. I don’t think it’s a phase after all. Why, father? Why has your DNA decided to gang up on my head and collectively pee in my gene pool? Was it because I ate your spaghetti two years ago? Do you still love me? Whatever, I think I’m going to look for somebody a bit more professional about this.

Apparently there’s this place called DHI, they do hair implants but it seems their technique is not as gruesome as I heard from other places. They're one of the few places that do it right here in Egypt, and they don’t cut up your head like you’re a Hellraiser reject. I read about this proprietary tech they had that basically did everything as quickly and as effortlessly as possible with hair from the back of my head or something. And I don’t have to go too many times to do it, nor do I have to take days off work for recovery, I can function normally right the next day. This all sounds a bit too good to be true, but I’ve already booked a consultation, so I’m hoping for the best.

I was skeptical as all hell, but these people really know what they're doing. The doctor I sat with told me about the procedure, my eligibility, the success rate, and what I should realistically expect from it all, and he showed me a few before and after shots for clarity. Honestly, all the guys I know who've gone through this kind of thing came back looking like they had mini-golf grass installed on their noggin, but the fact that they use my own hair and a bunch of other science-y thingamajiggers gives me a lot more confidence. I think I'm going to go through with it, there's nothing wrong with being bald, but I like my top fuzz, and the winters keep getting colder, I wonder if I can make them use my leg hair so I can have a bit more volume...