As Egypt continues to be rocked by random bombings and horror stories of violence, Farah Hosny wonders if our resilience is symptomatic of a bigger problem... 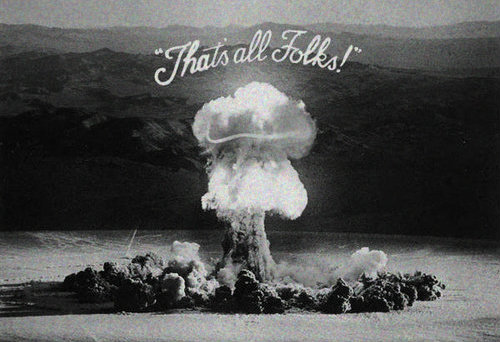 “Was it just me, or did you hear that bomb too?” This has pretty much become standard little snippet of conversation in our society. Not even so much standard as casual, where we approach it with slight worry, but largely a sense of inevitability, and our primary concern is no longer general safety but more which route we will now have to take to get to our upcoming destination, the reaching of which has not been cancelled due to news of a bomb attack nearby.

Growing up in Egypt, or living here long enough, will eventually instill in you a sense of desensitisation, wherein you are no longer even aware of the raging poverty, the homeless curled up in their own filth on street corners, or starving child beggars, unless it is to cause you irritation as they tap incessantly on your window for a few pounds. Over the course of time, the plight of the poor in our country has become just another nuisance, much the same way the ridiculous traffic situation (donkey carts and BMWs side by side) has become something we don’t even think about. And it is only through the fresh perspective of a foreigner’s eyes that we are sometimes reminded that oh, wait, hey, this is pretty fucking awful. But it’s just there. It is such a constant in our lives that it’s become background noise.

The same applies to the waves of violence in our country at the moment. Bombs are just going off left, right and centre and they serve primarily as the topic of conversation for all of two hours before we continue on with our days as usual. A few years ago, pre-revolution, any hint of violence in the country, let alone within our general vicinity, and we’d all be in a state of paranoia. Anyone old enough might remember Saffa7 El Maadi way back when, sometime in the early to mid 2000s, where we were explicitly told not to even go to Maadi because one sole serial killer was one the loose. Now, bombs explode not 50 metres from our homes and shake the foundations of our buildings and we just peer out the window to understand what’s happened and then proceed with our days. Even post-revolution, we still had some semblance of, I don’t know, natural human fear and horror to violence? The right reactions? When there were protests or street fighting, or god forbid, a BOMB, we’d lock ourselves up. Work wasn’t even something we considered – obviously we would not be exposing ourselves to physical harm just to do some marketing. It was a hide yo kids, hide yo wife kind of mentality. Any news of turmoil would result in frantic calls from parents. Brands would cease social media promotions out of respect for the dead or wounded because it seemed insensitive and trivial to be encouraging people to buy ice cream while others were having to identify the bodies of their families.

Now, frenzied parental phone calls don’t occur. A bomb blast goes off not 30 metres from your home, and your mother’s morning call is “hey, did that bomb wake you? Where exactly was it? Do you want to go for lunch after work?” An attack will result in a few texts between friends, everyone trying to piece together what exactly happened. Once discovered, back to the situation at hand. There’s no question about it anymore; we know what a bomb sounds like, what it feels like. We can differentiate between gunshots and fireworks  in an instant. We absorb the initial shock of an explosion and then continue on with our lives without batting an eyelash.

Last summer, after Morsi’s downfall, one friend of ours had a Lebanese boss who insisted that he come in to work despite the turmoil in the city, where most companies where telling their employees to work from home. We all balked at this premise, but the guy said “Well, he’s Lebanese. This is 3adi for him. Shit happens in the country and they all go on with their lives.” Seems this mindset has floated over from the country ravaged by civil war right into our own city. There’s a general sense of acceptance of the situation as just another facet of our country; it’s 3adi; violence is a daily fixture; bombs are optional; burying bodies is the norm. Would you like to supersize that? It is what it is. It’s just permeated our lives at a national level. Either bit by bit the situation in our city is peeling off the layers of our humanity, or we’re a stronger, more resilient population because of it. Either or. Take your pick.