Veteran animal rights defender Dina Zulfikar has been on a decades-long mission to ensure that she is a thorn in the side of every Egyptian official and institute that has contributed to the country's widespread animal rights abuses. 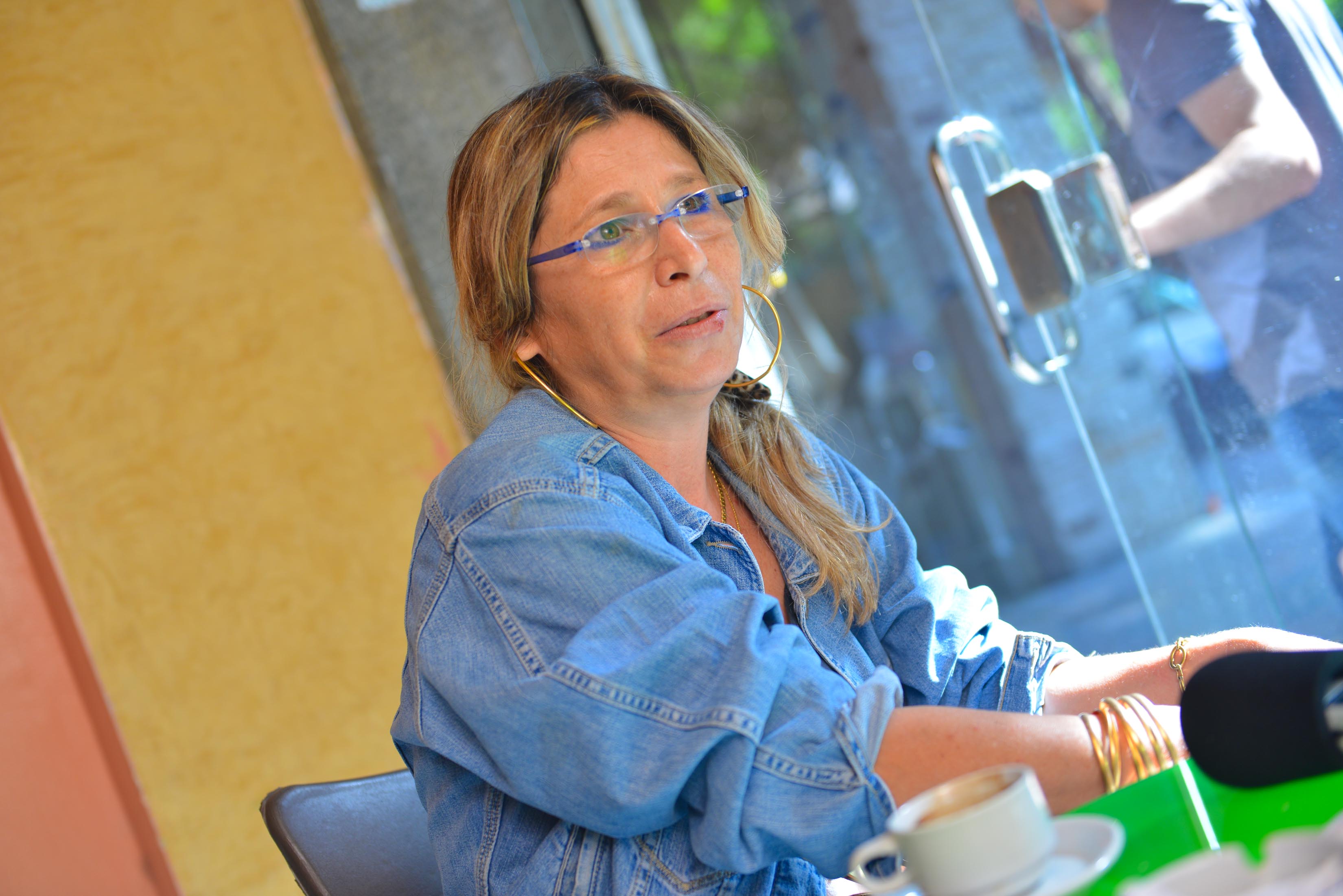 We live in an ancient land, home of the great civilization that is a source of wonder and awe for people all over the world. We once treated animals with respect, even worshipped some creatures; we valued some animals for the jobs they could do to ease our burdens, and some for the companionship and love that they can provide. These thoughts are weighing heavily upon me in light of the recent mass murder of stray cats that took place at Gezira Club in Zamalek.

The media has once again turned its attention to the tragedy, but a larger examination of the everyday systemic and societal problems that lead to animal abuse remain uninvestigated. In an effort to know exactly what it takes to make a positive change for the animals of Egypt, I reached out to Dina Zulfikar, one of Egypt's leading animal rights activists, who has a history of forcing change and bettering animal welfare and protection that spans decades.

Chances are, if you are a pet store owner, running a circus, in charge of the zoo, a minister dealing with animals, or an abuser of animals, then you have heard the name Dina Zulfikar. The 52-year old self-described 'nuisance' has been helping animals in Egypt since her early childhood. “My mum always had dogs, and I used to visit my uncle in Tahrir Square after my father's death, and he and his wife always used to rescue stray animals. He always had no less than four or five dogs in their flat, so I learned to love animals from them,” reminisces Zulfikar.

At the time, the only hospital willing to help them rescue injured strays was the Brooke Hospital. “I asked for their help several times in rescuing dogs, and even though the Brooke Hospital is mandated to focus on equines, and the donkey sanctuary, they did help, which is why I am very proud of this organisation,” explains Zulfikar.

As the decades passed, Zulfikar continued to save a variety of animals, helping in any way that she could. Eventually, her curiosity and thirst for knowledge would lead her to shift her focus to the abuse of wild animals. “My interest in the welfare and protection of wild animals goes back to 2005. Before then, my understanding of wildlife was very limited,” admits Zulfikar. The sudden shift seems to have to do with the fact that “most animal societies in Egypt are of course concerned with all animals, but mostly focused on domestic animals. Most act as shelters, likely due to the amount of intolerable abuse we see each day and every minute, so they’re dealing with the outcome of the problem instead of the cause,” she explains candidly.

The alarming problem leading to cruelty and abuse common in Egypt is the inherent lack of understanding and awareness. “I learnt from Dr. Jane Goodall,” Zulfikar explains, “who said, 'As long as governments are minded to have zoos and circuses, we will work with zoos and circuses to mitigate the suffering of animals.' Working with zoos and circuses does not mean that you endorse them.” With a newfound understanding that there are actions to be taken (aside from demanding closure) Zulfikar embarked on improving the conditions for a plethora of confined animals.

When it comes to dealing with zoos, Zulfikar identifies the problem as having too many people in charge, all of whom fail to understand that the role of zoos in the modern age are not to be amusement parks, but rather animal and plant conservation parks, with the purpose of preserving and educating people about a diverse array of majestic and often foreign creatures.

Unfortunately the problem isn’t limited to decision-makers. Rather, the Giza Zoo is systematically flawed from within because it is entirely run by vets. “I respect vets, but their expertise is in medicine... We need conservation specialists, specialists in managing zoological societies, specialists in animal breeding, animal behaviour specialists, a volunteer recruitment department, a department for obtaining funds. It needs all of these specialists, yet has only vets.”

Looking to make a meaningful impact, Zulfikar continued to learn about the needs of different species joining a plethora of societies, but being heard required a great deal of patience and persistence. According Zulfikar, “I don’t give up and I don’t take no for an answer. I may call an authority or director 20 or 30 times a day until I find them. If I don’t, I go to their office and wait for them. If I can’t meet them, I wait in the reception until I do meet them. I’m a nuisance.” Using this strategy Zulfikar has managed to influence a lot of changes at zoos, slowly attempting to raise the standards (that still admittedly fall short). Thanks to her work, some protocols now align with the African Association for Zoos and Aquaria.

In talking with Zulfikar, it became clear that this sincere activist is willing to do anything and everything, going as far as enlisting help from famous specialists like Dr. Jane Goodall. “I learnt that chimps cannot live in solitary confinement, so I wondered why the babies are in solitary confinement at the Giza Zoo? I contacted Dr. Goodall who graciously sent specialists to Egypt twice at her own expense, at the beginning of last year, and also in 2010.”

When Zulfikar learned that the bears were suffering because they couldn’t acclimatise to the cruel desert weather, she once again sprang into action. “I enlisted help from the best bear biologist in the world, who in turn created blueprints for a cooling system, which was submitted to the Minister of Agriculture and other zoo directors,” explains Zulfikar.  The ministers approved the project, but avoided discussion on how the quarter of a million pounds needed for its actualisation would be raised. Coming to the rescue of the sun-battered bears and footing the bill was an Egyptian company named EgyTrade. As always in Egypt, the problem isn’t the building of a project, but rather its maintenance and, as Zulfikar quips, “of course, after all this nothing was maintained, and the water cooling system is not working efficiently.”

Looking to apply what she learnt beyond the borders of Egypt, Zulfikar is currently working on “raising awareness for animals in warzones like Gaza, Kyrgyzstan and Libya.” Even though she doesn’t have the capabilities to help directly, she firmly believes that spreading awareness is the key to any profound change.  “I believe that if our focus was on awareness, we could take care of many things, and it takes years to change people’s mindsets. Not awareness for a day or two, but rather ongoing awareness. This is a major point of difference in points of view that activists have; awareness versus abuse and cruelty.”

This statement resonated with me, especially with the recent massacre at Gezira Club; a horrific crime that eventually saw the manager of the club arrested. However, as Zulfikar would agree, instead of waiting for crimes to happen and reacting, the best strategy is preventative; spreading awareness, especially in the youth, and steadily chipping away at the societal mindset that caused it.

In the two hours that I spent with Dina Zulfikar, I learned that as long as she lives she will always have one eye on the zoos, the other on circuses, fists in the face of aquariums, lightning fast kicks for pet shops, and claws to rip apart anyone who thinks it is OK to treat animals inhumanely. Inspired, it was time for me to apply what I have learned, which is why we here at CairoScene are declaring September as Animal Abuse Awareness month, and as such will be releasing a feature every week exploring the issues and facilities that breed abuse and cruelty. Together we can influence the social discourse, and by doing so prevent further crimes from happening.

If you are looking to stay up to date on all issues to do with animals in Egypt please join AWAR, Animal Welfare Awareness Research.