While footballers and squash stars are celebrated in Egypt, we take a look at the unsung Sumo hero making waves in Japan. 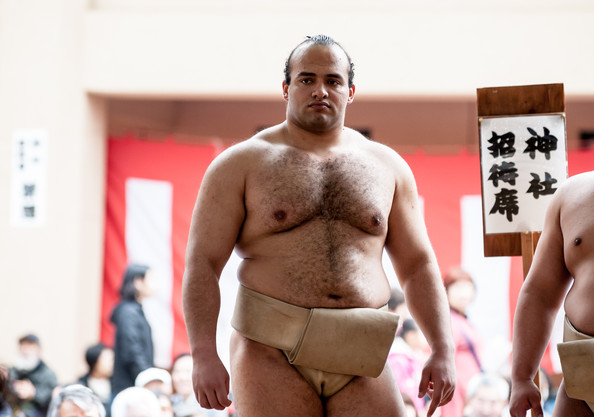 Egyptians take great pride in their homegrown athletes. Squash, football, handball, among others, are sports where it is easy to make a name for yourself. But what if we asked if you have ever heard of Oosunaarashi? What about Abdelrahman Shalan? As it turns out, this man is not only Egypt's very first officially ranked Sumo wrestler, but is also the first African and Muslim to rank in Japan's oldest martial arts tradition. Shalan's journey into this ancient sport began oddly enough in Egypt at the young age of 14, when he watched “Two overweight men pushing each other; they looked just like jostling elephants,” Oosunaarashi tells the Hiragana Times.

In Egypt there are only about 50 sumo enthusiasts, and within two years a dedicated Shalan earned the right to be called Egypt's best Sumo wrestler. However, that wasn't enough for Shalan, who knew that reaching the top of the sport meant competing where it began: Japan. Making it to Japan proved to be very difficult, as his desire to wrestle there was met with insults and laughter. After years of enquiring and writing letters, Shalan was prayers were answered and was finally able to travel to Japan in 2011 and compete under the his new name, Oosunaarashi.

There are about 700 professional sumo wrestlers in Japan, but only 8% of them are recognised as sekitori (fully-fledged wrestlers). Oosunaarashi is now 22. He was promoted to juuryou (the second highest division) only two years after making his debut. This impressive feat has made Oosunaarashi a celebrity in Japan.

The toughest part of his journey is oddly enough not climbing the ranks, but adjusting to the culture shock. “Quite honestly, I haven’t overcome my culture shock yet. The food, the people and the culture are all really different. I encounter problems every day. I’m learning Japanese by listening to others talking around me, but I can’t speak well yet,” he said. “But I’m training hard every day and studying the culture. All I can do is my best.”

A clear cultural difference was highlighted during Ramadan, when Oosunaarashi won despite not having eaten anything since the morning, which came as a shock to the locals. “Religion isn’t a barrier. I haven’t been a victim of any prejudice, either. There’s pressure from being in the spotlight, but I try not to think about it too much.”

Hopefully with a little time, Oosunaarashi will become a household name in Egypt. Rarely do you hear inspiring stories about athletic role models, who not only achieve their dreams, no matter how absurd they are, but end up achieving them while being the best Egyptian goodwill ambassador a nation could ask for.