Get Ready for Egypt's Biggest Triathlon Yet

Calling all athletes and fitness freaks! TriFactory’s annual Sahl Hasheesh triathlon is promising to be biggest triathlon of the year happening this November. 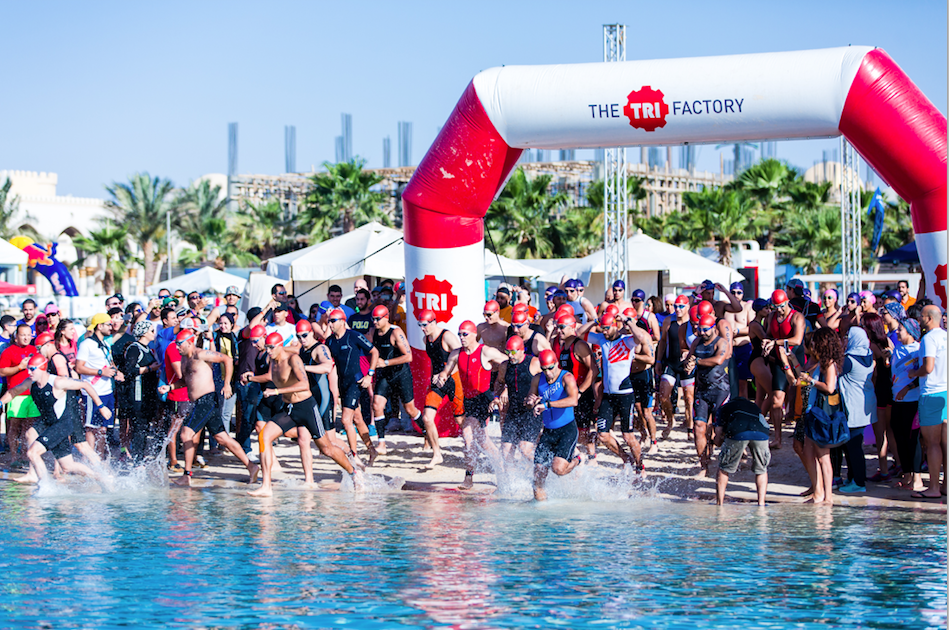 Going to the gym and being healthy is all the rage these days. If you’re not swimming 30 laps around the pool and then running 10 kilometres home, you’re doing something wrong. But let’s be honest with ourselves, we all like to pretend like we’re really athletic and go to the gym every other day but in reality we mostly just sit around watching TV and doing nothing. The time has come to figure out who is really a gym bug and who just claims to be one at The TriFactory’s Annual Sahl Hasheesh Triathlon.

Founded by Ayman Hakky, The TriFactory are the sports management company that’s organised this year’s biggest triathlons like the spring and winter editions of the Sahl Hasheesh Triathlon as well as the Aswan 42 Marathon in association with the Magdy Yacoub Foundation and The TriFactory Aquathlon at Hacienda, North Coast. The annual TriFactroy Sahl Hasheesh Triathlon has been bringing together athletes from all over Egypt since it started in 2014, and they're putting together the year's biggest triathlon yet. They're even putting together a kids race on the third day so the little ones can participate too. The triathlon is taking place from the 16th till the 18th of November, which gives us plenty of time to get in shape. Lucky for us, The TriFactory know how much we need the training so they’re offering 10 weeks of triathlon training starting September 10th. The TriFactory has been promoting and training athletes in all levels for triathlons since 2014, including Egypt's 2016 IRONMAN team that ran in Barcelona, so we know we're in good hands. Registration is open now. Be sure to Sign up here.