Egypt: a Nation of Drug Addicts

Conor Sheils speaks to one of Egypt's leading drug rehabilitation experts about the pandemic growth of prescription pill abuse in the country. 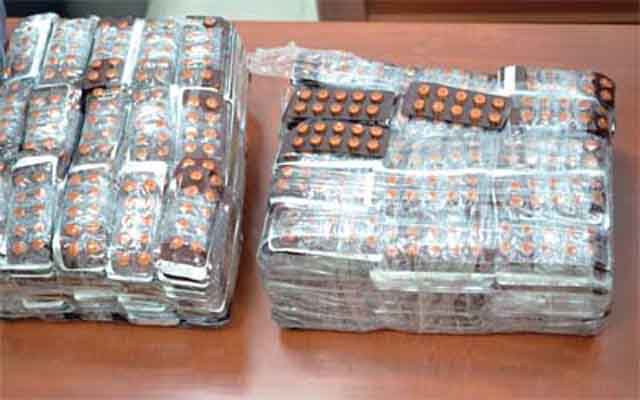 In the past, doctors dreamt of a day when there was a pill for every ill, but now Egypt is facing a deadly addiction crisis as thousands get high on a cocktail of deadly pharmacutical drugs. Millions of wealthy and seemingly well-rounded Egyptians are becoming trapped in a web of adiction, misery and crime thanks to lax prescription laws and the social acceptance surrounding pharmacutical pills such as Tramadol, Xxanax and Rivotril. Experts believe that the problem has spiralled since the revolution.

Heroin is often blamed for many of society's ills, however, many addicts prefer to rely on highly addictive mind-bending legal drugs instead. A CairoScene probe found the deadly drugs including Xanax are on sale at seemingly reputable pharmacies in Cairo for the small sum of 8 LE, as written on the box and without a prescription. Meanwhile, deadly Tramadol is available on the streets for as little as two pounds per pill. The results are clear; Egypt has a drug problem and experts believe that the problem is is now out of control.

Dr. Khaled Helmy, of the Al Nohza Hospital in Alexandria, believes that the country is heading for drug-fuelled disaster. "The problem has gotten far worse in recent years and we are facing an epidemic if more isn't done to stop the spread of this cancer." And Dr. Helmy claims that the problem is prevalent across the class divide, as he paints a bleak picture of Egypt's pill-popping generation. "The main addictions we see are Heroin, Tramadol and benzodiazapines. Tramadol, in particular, has become an epidemic."

"People first start taking Tramadol because their friends they see their friends taking it but over time the problem gets worse and soon they are willing to steal or worse in order to get their fix. One of the main problems we see is the cost and availability of these drugs. They can be bought for as little as two or three pounds per tablet. We see patients taking up to 30 tablets per day," he adds.

However, even more shocking is the fact that Dr. Helmy claims that some upper class addicts pick up the habit from their parents. "We see some upper middle class users who've picked up the habit because they see their parents using. These people are wealthy and outwardly successful - but behind closed doors it is a very different story."

"When people come to us they really are desperate for help. In some cases they have been sent by a family member but in others it is because they have had trouble with the law or simply just hit rock bottom," says the drug rehabilitation expert. Dr. Helmy heads up three clinics in Alexandria which hold a total of 70 inpatients, all willing to pay up to 20,000 LE to get clean.

Speaking about the future, Dr. Helmy is frank: "There are two things which need to change in this country if we are to tackle the scourge of drug addiction. Firstly we need to raise awareness among people. Secondly we need to be given the tools to effectively fight the problem." Until then Egypt is sitting on a ticking addiction time bomb waiting to explode.