Squash sensation Raneem El-Welily just ascended the ranks to become the women's world no. 1 in the sport and is the very first Egyptian female to achieve this. 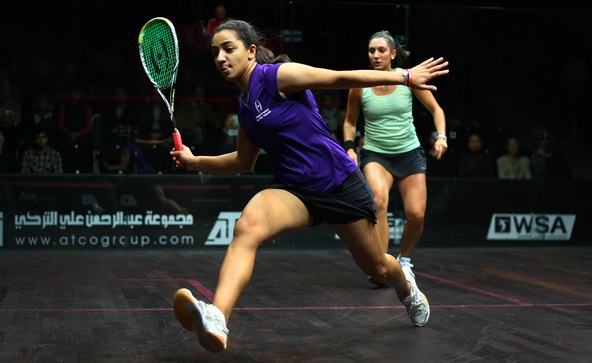 Egyptians have reason to be proud this morning as their very own Raneem El-Welily becomes first Egyptian woman to reach the world number one in squash.

The incredible feat has been tough a road to conquer as standing in her way was nine-year reigning Malaysian champion Nicol David, but the 26-year-old phenom managed to dethrone David by a thousand points, tallying 23,830 from nine tournaments to David's 22,825 from eight tournaments. Despite the accomplishment El-Welily takes it with a grain of salt, telling Squashsite, "I am also very aware of the fact that I'm not sitting there comfortably. I'm barely touching it; what's the points difference again? It's so tiny, it's just a matter of calculation at this point."  El-Welily adds "So yes, I've reached that spot but I could be out of it in a month again, and that's okay because I still have to fight harder for it, because yes, I did well, but only for half a season. So I'm really excited to see how the next season will go.”

The squash warrior has an amazing track record. Upon entering the professional circuit the prodigy wasted no time announcing her arrival becoming the World number two ranking player for the first time in 2002, and claiming the World Junior Championships in 2005 and 2007. Going on a tear this year El-Welily managed to win the Tournament of Champion, the Alexandria International, and the Windy City Open, to finally knock the almost decade-reigning champion out of her spot. If reaching number one isn't enough jubilation, El-Welily was also named PSA Women’s Player of the Year for the 2014/2015 season.

We would like to congratulate El-Welily on accomplishing her dream and hopefully the latest accomplishment will make El-Welily a household name, as she continues to give Egyptian reasons to be proud while striking fear in opponents worldwide.

Although a specific date had not been set yet for the handball event, New Giza [...] 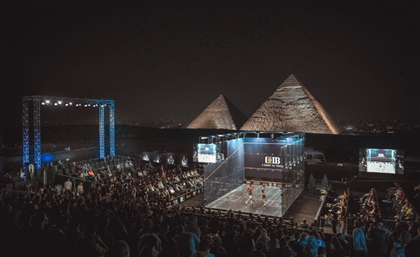 The World’s Most Spectacular Squash Tournament