A new online service launching this month promises to bring death announcements to the digital age. We talk to founder Cornelius O’Donnell about the rise of the online obituary... 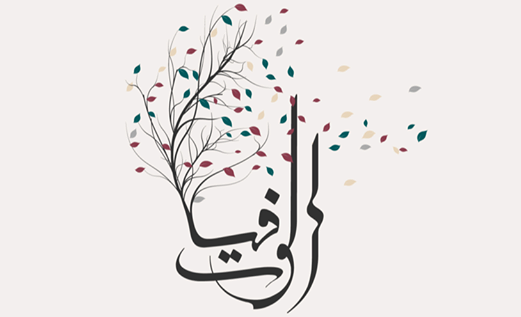 ElWafeyat is a new online service that aims to help you during the most difficult times in life. Dealing with the passing of a loved one is never easy, and it is made more difficult by all the arrangements that need to be made immediately thereafter. Having to contact everyone who is affected by the loss can be very time consuming and emotionally draining. That is where ElWafeyat comes in. Once you compose the message you wish to send out, ElWafeyat take over, posting it to social networks, messaging your contact list and even creating a memorial page for the deceased, where friends and family can virtually gather to remember and honour their loved one and offer condolences. The brainchild of one of Egypt's first online pioneers, Cornelius O’Donnell and his partner Ashraf Maklad, the service caught our attention, especially in a time where social media can distort reality and spread rumours. We talk to O'Donnell about how it works, where the idea came from and how it can make the whole process a little easier...

What gave you this brilliantly morbid idea?

Current social media sucks when it comes to honouring the dead. The newspapers are dying and so are people, and their relatives still want to honour them. It’s that simple.

Is this the darkest idea you have ever had?

No, I have many darker ideas but most are difficult to make into businesses. Like renting vampires. Then there was that idea of releasing toxins and selling antidotes... Kidding! But by no means is ElWafeyat the darkest of my ideas.

When did this start and who's involved?

The initial idea is a few years old, but I was too busy to get into it and also I didn’t think the time was right, from a market readiness perspective. But a lot of people began to struggle to get informed in a timely manner and condolences started showing up on Twitter and Facebook though people were not comfortable with that. It seems the time is right now, so a few months ago Ashraf Maklad and I decided to start developing it. A few weeks later, we came across another team about to start work on something similar. We talked, we liked each other very much and we complemented each other well, in terms of skill sets and ideas. We joined together and ElWafeyat was born. Since then, we have been accelerated at Flat6Labs.

How does it work?

For the family, it is easy to compose an announcement and publish it on ElWafeyat's website and app, and ElWafeyat also sends it out to the family’s contacts and network via SMS and email. For friends, colleagues and acquaintances, it is very simple to send condolences, telegrams, and to create memorial pages.

Feedback on the idea and the initial design has been amazing. Big corporations are asking us to create a corporate service for them, and people from outside of Egypt are already asking for the ability to send telegrams. So it looks like we’re on the right track.

What has been the best obituary you've seen yet? Do people get creative with it?

Well, we haven’t launched yet but initial trials show that people are very traditional and respectful in the obituaries (it is predominantly a family member who creates the announcements). However, the creativity will come with the memorial pages, and how friends and colleagues interact with them.

What would your own obituary say?

Ha! Never thought about it. How about “He came he saw he left.”

Have there been any problems bringing obituary into the digital age?

We’ll have to see. Early feedback has been very promising. Digital gives so much more in terms of possibilities. You can follow particular families that are close to you, or a particular geographic location. You can get reminders for the arba3een (the 40-day anniverary of a death) or the sanawaya (the one year anniversary).

How will ElWafeyat grow in the future?

There’s a few things we would like to achieve. The whole region (other than Saudi Arabia) has very similar traditions, so we’d like to take it to other countries in the region. Globally, there is no entity that does this. It’s very fragmented. There’s another road we’d like to take, that has to do with mapping out the social graph – but it’s early for that.

For more information on ElWafeyat, join their Facebook page here.