Once upon a time, the answer to that question could be answered easily. Now, 'enta eh?' determines your political standing. Adam Mowafi discusses the characters that make up today's society. Which one are you? 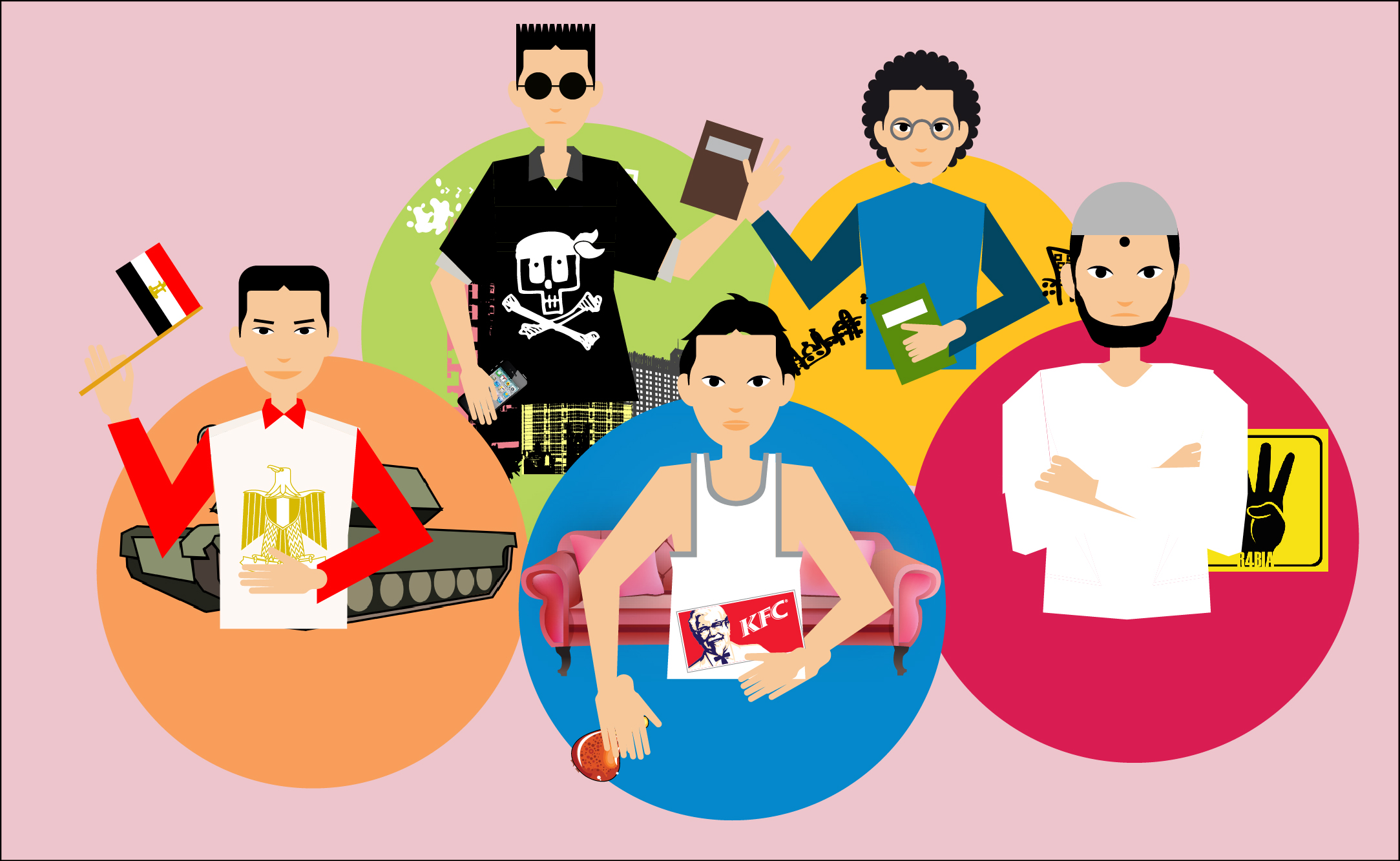 In the past, the simple question of ‘enta eh?’ might have been directed at you to innocently ascertain if you were Ahlawy or Zamalkawy or, less innocently, Christian or Muslim. During Mubarak’s reign and Morsi’s brief tenure, the origin of your faith deemed your position in society. If you were a Sunni Muslim, you were alright. If you were Christian with money, you were good because you helped the Sunni Muslims with jobs. If you were Shi’aa, you didn’t exist.  The question has evolved, though. Now it’s posed to ascertain your political standing. Are you Egyptian or are you Brotherhood? Are you pro-Egypt or are you pro-reconciliation? In a new Egypt where classification is everything, it is important to choose which side you are on, otherwise you might as well be Shi’aa.

You believe you are putting Egypt first. You can be conservative or liberal with regards to your faith but, based on the fact we built the Pyramids, the most important thing you preach is that Egypt is best country in the world, ever. El-Sisi saved you from the US/MB plot to split Egypt up and keep it subservient to the will of the West. January 25th did not exist. June 30th was the actual revolution. 50 million, including you, were out on the streets because a friend told you the Google said the figure was correct. The Egyptian government can kill people as they see fit, but if a foreigner suggests that this is bad, said foreigner can go fuck himself.  Everything is OK because the Army says it’s OK.  You are waiting for the next strongman to come into power to keep the nasty MB off your streets. Human rights is that good looking girl who sometimes comes on foreign news channels and says protect the MB. She’s cute, so you don’t get too angry.

For the most part, you believe you are smarter than the average Egyptian. You ignore that, historically, the West has been behind most political upheavals and regime changes in the Middle East and have used revolutionaries as pawns because you are amazing and the exception to the rule.  January 25th was your crowning achievement because you felt like an action hero. Your nights would be spent in “safe houses” –  AKA beautiful flats in Zamalek or Mohandiseen with luxurious carpets and air conditioning – as you regaled friends with tales of your turbulent day fighting camels and horses in Tahrir.  Those 18 days were as romantic as the notion of French revolutionaries discussing the war with witty quips and high emotion in secret, underground bars. You are sad because everyone has forgotten about you or blames you for what happened afterwards. You are questioning your beliefs because, despite the fact you helped remove Mubarak, no one cares about you on Twitter anymore.  You change sides and ideologies almost daily, so long as you have something to oppose. However, was it really a revolution if you couldn’t get into Tamarai before January 25th and still can’t get into it now?

There are five or six of you living in Egypt. You meet up sometimes and try to avoid being called traitors. You can understand the notion that the MB were not good but neither are the Army. You were the first to speak up about Morsi’s abuses and the first to defend the MB against police brutality. You insist, despite all historical evidence, that there can be reconciliation with religious extremists but at least you do not flip flop on that opinion every week. You are all nice people with a more utopian outlook of the world but you wander around looking slightly dazed by the situation. If someone were to give you a hug it would make your day.

You feel cheated. You’ve been building up to this moment for 80 years only to have your right to oppress, just like Mubarak did, taken away from you so quickly. You never even had enough time to insert your own business elite into the banking system. If Mubarak got 30 years, you should have at least got 12.  Just like revolutionaries, every month your fight changes; two months it was about Morsi as your messiah; this month you’re defending democracy.  January 25th didn’t exist but January 28th – when you finally jumped on the bandwagon – did.  June 30th was just 15 people photoshopped onto the streets using Israeli technology. Al Azhar, the oldest Islamic institution in the world, is wrong, Salafis are mukhabarat and the word democracy only means winning a ballot.  You can’t understand why people cuss at you in the streets because your leaders convinced you that you’re the majority. Al-Jazeera is your favourite channel because when there are 2,000 of you together, they correct you and report that there are in fact millions and it makes you feel popular.

January 25th was a great two week holiday with no internet or mobile phones to distract you, giving you the perfect chance to wind down in front of the TV.  When Mubarak stepped down you finally had an opinion to the tune of: “Meh.”  You never really felt in danger and your fridge is always well-stocked. You never bothered to vote in the Shoura, parliamentary or presidential elections because whoever rules does jack shit anyway. Under Morsi, the country was depressing and that, more than anything, annoyed you; shit really hit the fan when everyone stopped having money to do anything. Your bosses paid your salaries late, your friends got fired and people were blocking the streets at random intervals which severely affected your leisure and love life. June 30th rolled around and, unlike January 25th, people in your building, street and your friends were going out, so you did too. It was a fun three days and the Army had your back so, eshta. Your life is returning to relative normality now. The political leaders seem to be doing an average job; nothing too controversial so no need to get involved, really. Your only annoyance is those people who hold the weird yellow hand poster thing, blocking traffic sometimes.

As for me, an MB member charmingly referred to me as a Liberal Fascist, so the next time someone asks me ‘enta eh?’ I will respond: “Zay Mussolini bas cool.”