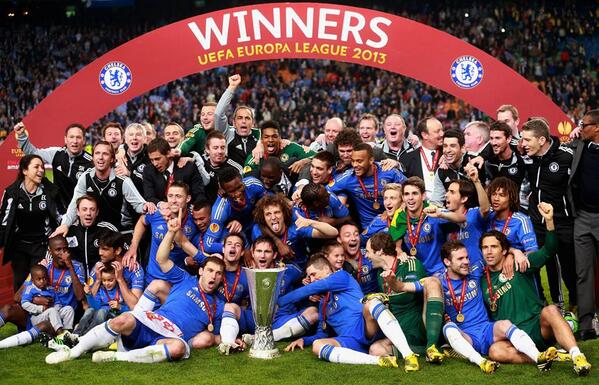 For football fans everywhere, yesterday was just a regular match for a cup that doesn’t really matter. For Chelsea fans, it was an important win to get a trophy that they could reconcile their fans with after a disappointment of a season. For me, it was something else. It was something to get excited about; for all I really wanted was to see the team I support lift another trophy.

I always like to watch matches, especially the important ones, at home or at a friend’s house because I don’t like to feel like I’m surrounded by match analysts. Yesterday however, due to some severe satellite receiver problems, I had to go watch it at an ahwa. To my dismay I was surrounded by loads of Benfica supporters, who later turned out to be either Chelsea haters or people who support Benfica just because they wear red like El-Ahly.

At the 60th minute, Fernando Torres opened the scoring for the Blues with an easy place after rounding up the goalkeeper, a goal that would remind everyone of the good old days when he was one of the most lethal strikers around.

Is he back to his form?

Ten minutes after the first goal, Benfica were able to equalise after Oscar Cardozo converted a penalty that was caused by Cesar Azpilicueta’s hand-ball. At that moment, I was on my way to believing that Benfica were going to pull it off and turn the game around to their favour. I figured this was going to be another disappointment for the Blues, carried by old fatsy himself, Rafael Benitez. As much as I hate Rafa, I can’t stay mad at him. After all, he reminds of a bald, Peter Griffin with a beard.

You can’t get mad at old fatsy.

As the match went into its dying minutes, play became extremely boring. I was starting to get really annoyed with all the people in the ahwa and was hoping that any team would finish the game so I would go home and get away for all the people screaming “Wel3a ya Hamada” and “Sokar zeyada”. Thank God Mr. Brainslav Ivanovic not only ended my misery but he also ended the match on a good note, snatching a header in the last minute of the game, prompting me to jump of my seat and start screaming. I suddenly realised I was sitting in a middle of an ahwa where most of the people thought thatEl-Ahly lost, and I was supporting a team that is very similar to El-Tersana. Not one to be a football hooligan (although I was kicked out of Stanford Bridge two years ago), I made my way to the cashier to pay for my bitter tasting lemonade and slowly sneaked out towards my car. I have nothing else to say so I’m just going to let the stats do the rest of the talking for this not so epic victory for the mighty Blues.