With Nespresso introducing its Alter Ego range of decaf coffees, we take a look at famous alter egos and if they could ever get close to as good as their original counterparts... 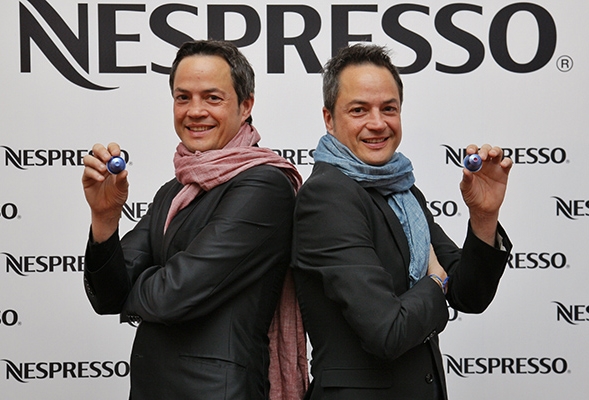 The Nespresso machine in the CairoScene office is everybody's best friend, every day. The taste of a Grand Cru capsule has become part of our day as much as news stories, interviews and researching the Cairo scene. When we found out that Nespresso’s Alter Ego, the decaf version of their incredible coffee capsules, hit the shelves, we were skeptical: Can an alter ego really be as good as the original?

Many would believe that Nicki Minaj is already the Alter Ego of the shy girl Onika Tanya Maraj but it isn’t so. Nicki Minaj actually comes in a different personality, as well. Her alter ego calls herself, ehm, himself Roman Zolanski. Roman is an orange-haired homosexual from London and he is described as being the vulgar version of Minaj herself. Strange but true, but this alter ego manages to be just as strange and entertaining than Minaj… without being Minaj.

According to Queen Bey herself, she is a shy, introverted girl. The person you saw performing at the Super Bowl 2013, making males and females alike blush, is none other but her sexy alter ego Sasha Fierce. Sasha Fierce is a born performer and has no problem with being sizzling hot and half-naked on a stage. Beyonce said Fierce retired in 2014, but we can see her come out here or there to this day, can’t you? The verdict is that Beyonce and Sasha Fierce are both equally awesome!

Marshall Mathers didn’t do too well in life until he became the famous M&M. But even after his transition to the hugely-successful rapper, his alter ego gained international popularity controversy. The Slim Shady, the more outspoken version of Eminem, almost got more famous than Eminem himself, and even today many people refer to Eminem as the Slim Shady rather than Marshall or M. Clearly, this alter ego had the power to amaze the audience just as well as the original could.

There were days we didn’t have to put up with a naked Miley Cyrus and her tongue. Her alter ego is what actually paved the way for the nymphomaniac to come out: Hannah Montana was a teenage pop star that enchanted kids with her cute smile and her cheeky pop songs. Those days are numbered because Miley killed off her alter ego and gets naked in front of hundreds of people instead now. Some people would say they actually preferred the alter ego. And when we say some, we mean many.

Here’s another person that would have made it nowhere without the alter ego that catapulted him into stardom. In the 90s, every kid knew the Fresh Prince, but few knew he was called William Smith originally. Today, the Fresh Prince became a Cool King but the memory of the Philadelphia native who had all the answers to life is still as fresh as his name, and nobody would ever forget this alter ego who was just a cool version of an already cool guy.

Okay, so a decaf coffee that tastes just as well as its original is very hard to imagine. The fact is that we refrain from drinking coffee past a certain hour so that a good night’s sleep doesn’t go bye bye. These days are over, as the decaf Alter Ego Nespresso capsule serves the perfection of a regular Nespresso coffee just without the caffeine that makes our hearts beat faster. Making a Café Latte at midnight is no longer a taboo, and even after five cups, Alter Ego allows us to have another cup of smooth coffee without our heartbeat rising to 250. Our 24/7 coffee addiction has just been cured…

Get your Alter Ego here.