Foreigners Only: The Dirty Tricks of Cairo's Landlords

One Cairo broker spills all about the sly duplicities and dishonesties that many an Egyptian landlord use to make the most of unsuspecting tenants. 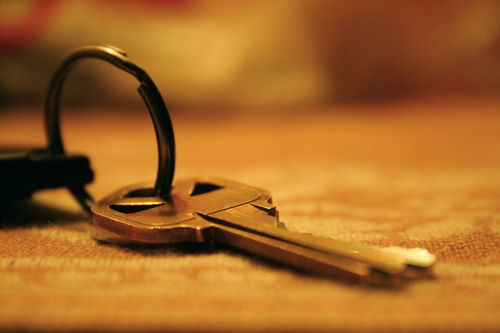 There are few things as impossible as finding a decent flat in Cairo that has an appropriate price tag and no insane landlord looming in the hallway. Brokers who supposed to help us get these treasures mostly turn out to be equally as manipulative as these landlords that want way too much money from your pocket. On the search for Cairo’s worst landlord stories, Broker Ahmed (name changed) offered us to tell all: from his worst tricks to get money out of tenants’ pockets to the worst landlords of this city. Once referring to himself as an honest man, Ahmed tells us the profession has changed him; he’s no longer one of the good guys.

“All of what I do is based on lies,” Ahmed tells us of being a broker. Often Ahmed tells clients that a one year lease is required to be signed so his commission grows or stays silent about obvious complaints about the flat. When clients aren’t happy with what they’re shown, Ahmed offers them contacts of other brokers. In reality, these people are his accomplices, showing the client horrendous apartments that will have them run back to Ahmed to sign immediately. Ahmed also admits to telling tenants wrong locations to flats. “Expats especially love Dokki, so any of my Mohandessin apartments can also be advertised as Dokki,” he says of the sly tricks he uses to catch attention. Obviously, foreigners often don’t know the areas and end up living somewhere they never intended.

Hence, the common phrase “Foreigners Only” is not, he insists, discriminating against Egyptians. Instead, brokers and landlords reject Egyptians because they may expose their tricks easier. “A foreigner would not like to waste his time, energy, and money to sue people,” Ahmed tells us. Since deposits are rarely returned without any legitimate reason, landlords fear the willingness of Egyptians to actually take action against such decisions. Ahmed confirms that security deposits are in fact “non-refundable” and most landlords don’t even have the intention to pay them back. Despite no tenants’ rights protecting people in Egypt from landlords from hell, engaging in illegal behaviour, most foreigners usually just want the nightmare to end rather than fight for a 2000LE deposit.

Indeed, most expats have a bad story to tell about finding a home away from home. Helen Smith (name changed), a British expat, has moved six times since coming to Cairo only one year ago. Her landlord retained a copy of her flat keys and allowed himself entry “to clean” frequently but raided the fridge instead or have a private smoking session. When Smith found herself home alone one night, she locked the door from the inside, only to be surprised by her landlord entering the apartment via the balcony. Needless to say, the first thing she did in her new place was to exchange locks.

In another apartment, Smith was only able to stay for a few days as she developed a skin rash she was soon able to link to the fact that her room had been infested by bedbugs. And since security deposit is truly just another word for "landlord ba2shish" the landlord left Smith with no place to go without any money. In a situation where foreigners are facing homelessness, many worry about finding a new place before sueing their previous landlords for wrong-doing. And in any case, with a lack of inventory, like it is common to have elsewhere in the world, no evidence can be made that the deposit was indeed confiscated unjustly.

The boundaries of what is legal and what is not are frequently pushed in the housing business. An expired contract that a Dokki landlady was going to extend on the last day of its validity saw four foreign girls being evicted after they asked for an English translation of the new lease. With 24 hours left to leave the flat, the landlady had little compassion with the foreigners, Ahmed tells us, despite her legally being able to evict them. Compassion seems to be the very thing most landlords are lacking. Ahmed tells us of another landlord that wanted to get rid of his American female tenants for having male visitors, so he filed a report against them at the police station for being prostitutes. Ahmed remembers how the landlord called him frequently, expressing how much fun he was having scaring the foreign girls to death.

To protect oneself from horrible landlords, there is little people can do as the lack of a protective body is all but present in this country. If there is a contract in place, our research showed, legal actions can be taken. However, landlords have a repertoire of many other ways to get rid of their tenants if they so wish. The emotional and financial burden a battle with a landlord entails is often not worth the hassle, especially for foreigners who are lost in the legal bedlam of Egypt. Ahmed advises a strong hand with landlords. So next time Egyptians get upset about not being able to rent a flat because it allows “Foreigners Only” they should feel flattered that the dodgy landlord or broker behind it is simply not up for ripping them off.