Throw away all your Brazil 2014 pining; Four Seasons Nile Plaza has all your World Cup desires covered, and more! Check out their sexy setup… 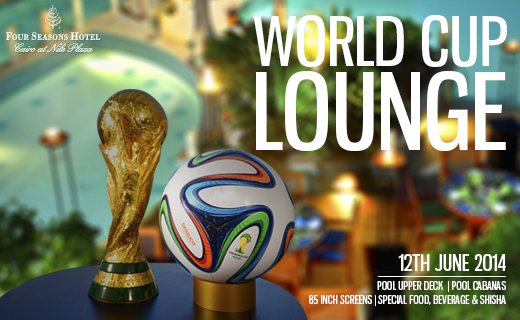 So maybe you can't take a few weeks off and jet off to Rio this year to watch the World Cup. Maybe you won't be able to catch a droplet of Ronaldo's sweat as he kicks the ball or randomly spot Gisele as she frolics on the beach with her bronzed goddess body. However, when you really think about it, it's going to be so crowded there that you might mistake it for soo2 el gom3a. It'll be overflowing with tourists, and for once in our lives, we can say that we have a contender in the traffic department.

Instead, Four Seasons Nile Plaza are bringing the World Cup to you, minus the frenzied sweaty crowds, but plus one incredible, decked-out lounge, supersized screens, some of their signature divine cuisine, and if you feel like it, some amazing room offers!

On June 12th the uber-luxurious hotel will be bringing their signature style to their World Cup Lounge. They've taken their urban oasis pool and transformed it into a football freak's wet dream, complete with giant 85'' screens. For your information, that screen is so big it's like you're part of the match – but without all the running and sweating, and all from the comfort of your plush chair, that is.

It's the perfect situation for the football fanatic really; they've spruced up the lounge, fully decking it out in football themed madness. Pair that with the incredible menu they've got planned (there really is no comparison to a meal from the Four Seasons) and you've hit the proverbial jackpot!

If you feel like there's absolutely no need to go home after watching a match (there isn’t) the hotel's also got some amazing room offers, not just for the duration of the World Cup, but all through Ramadan. You can get a double room, board only, for only LE 1000++, or you can upgrade to a double room, including sohour, for LE 1600++. Your call but judging by the Four Seasons' track record of incredible food, we’d take the sohour too…

So don't feel bad about not being in Brazil right now – the Four Seasons has got all your football fan needs covered. Shaded seating area, screen so big you can practically taste the action, and plate after plate of sumptuous dishes; we can't really imagine anywhere else we'd like to watch the World Cup from… 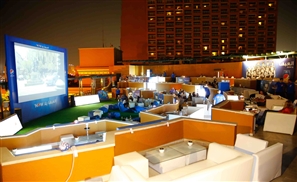 We headed over to the new Pepsi Lounge at the historic Marriott Cairo's Almaz to [...] 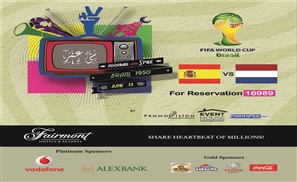 Back by popular demand, Si Omar by Events Plus, Event House and Promovision opens [...] 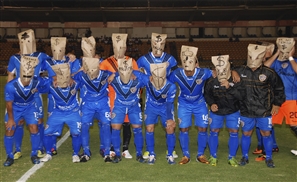 Players on Every 5-a-Side Team

As we warm up to enter the Copa Kia in an attempt to win the coveted trip to [...] 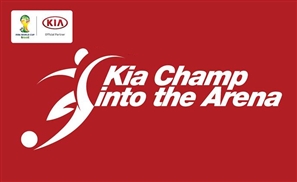 Think you've got football skills? Prove it and win a trip to Brazil with Kia. [...]
Week Month Year