You've seen the Pyramisa Hotel time and time again, but did you know a global culinary trip was hiding behind its doors? 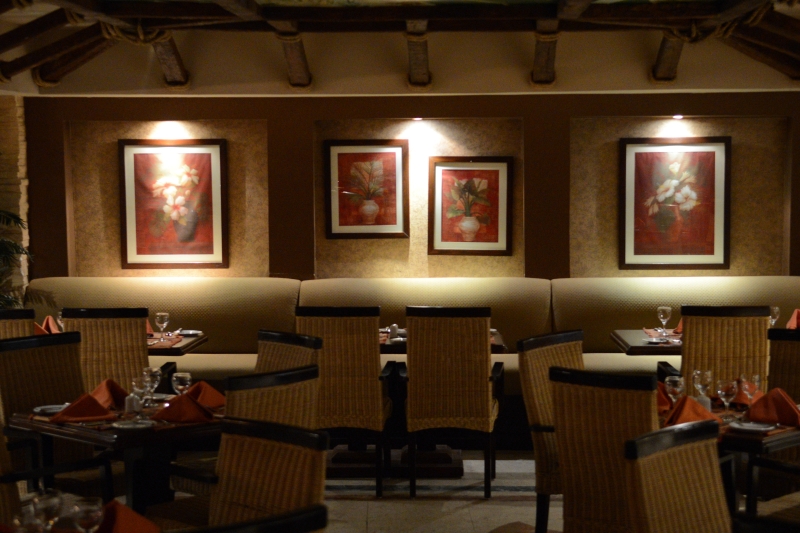 We’ve all driven by the massive Pyramisa Hotel and Casino before, but have you ever stopped to wonder what’s inside. One of the few landmarks in that indiscernible area that’s kind of Agouza, sort of Mohandessin and might be Dokki, the sprawling building might seem a little 80s, but don’t dismiss it just yet; it’s a five-star establishment with a couple hidden gems. We headed over to their Free Mix restaurant for a feast, and left with a renewed sense of respect for the place.

The restaurant itself acts like a crossroads for the rest of the hotel. Part of it is opened onto the massive lobby and the path that leads to the other outlets, but for those of you who prefer a more intimate setting, there’s secluded, dimly lit area in the back. The open kitchen, bearing a gorgeous brick pizza oven and manned by three or four chefs, is extremely inviting. Free Mix, like the name suggests, has a mixture of cuisines on offer, namely Italian, Indian and Chinese. It might sound like a strange combination, but it’s great for families and big groups who can’t decide on what to have. With a very friendly and attentive staff, we were seated in seconds, and the wine we’d chosen was touching our lips before we’d even had a chance to open up the food menu.

The three of us out to dinner decided to go for one cuisine each. From the Indian menu, the Tamater Ka Shorba soup, made up of tomatoes, coriander and a dash of coconut milk was served steaming hot and perfectly spiced, making it one of the main highlights of the evening. On the Chinese side, the vegetable spring rolls didn’t disappoint, and a standard Caprese Salad from the Italian menu was fresh and visually appetising.

Moving on to the main course very quickly (the wait team is extremely efficient and clearly very experienced), we were presented with silver-serviced Chicken Tikka Masala with a side of Kashmiri Pulao – Basmati rice with vegetables and nuts – which were both explosions of flavours. From the Italian menu, the Pesto Spaghetti had a real homely feel, and it was evident that pesto was indeed made fresh, and the head waiter promptly offered a sprinkling of freshly grated Parmesan cheese, though the portion was a little too large.  As for our Chinese selection, our Sichuan Chicken main was filled with fresh vegetables and the sauce was pleasantly non-greasy, and it was served with a side of traditional fried rice and vegetables.

By this point we were stuffed, and we could only manage one dessert between the three of us. Out of all the choices, we went Italian and asked for a Tiramisu. Though deliciously sweet with just the kick of coffee, it was actually presented as more of a gateaux, rather than the traditional stacked recipe. A fresh espresso made it a complete meal, and without a shadow of doubt, it was probably one of the best cups of java we’d had in Egypt. Who knew the city’s best coffee was hiding at the Pyramisa?