This observatory is the first of its kind in the whole of Africa, but their goals don't end there. They hope to grow beyond a research centre and become a destination for bird watching tourists. 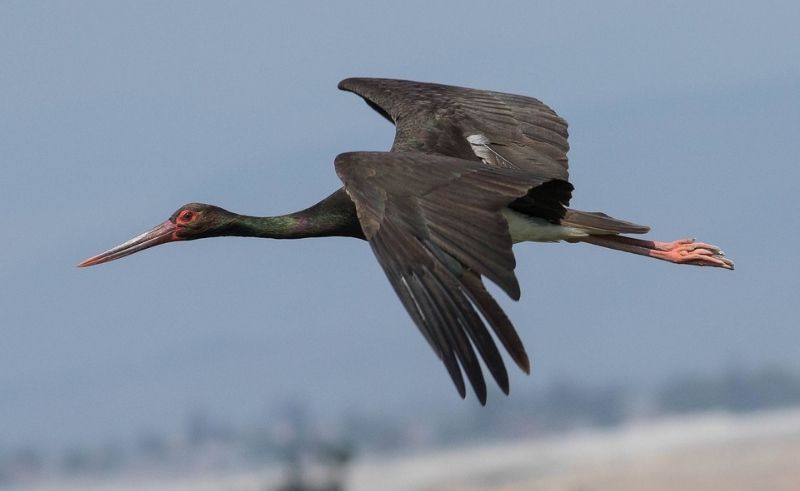 If you’ve ever been on a road trip across Egypt during the spring or the fall then doubtless you’ve spotted flocks of birds flying over our nation’s farmlands and waters, swarming across the sky like a great black shape unto themselves. If so, you've been lucky enough to catch a glimpse of these birds’ migration routes, which happen annually during March and April, and then again in October and November.

While there are places all over the globe that may be famous amongst bird watchers as migratory hotspots - Texas, Melbourne and Sweden to name a few - Egypt is putting itself on the map for bird watchers chasing after that great big migratory wave. And what better place to begin than at Suez, that global crossroads that connects continents for humans and avians alike?

Atop the great big Suez mountain known as Galala, environmental group Nature Conservation Egypt - in cooperation with the Ministry of Environment and Galala University - established Galala Observatory, a project to monitor and study migratory birds. This observatory is the first of its kind in the whole of Africa, but their goals don't end there. They hope to grow beyond a research centre and become a destination for bird watching tourists, enthusiasts and specialists alike.

“We wish that by fall, or by next spring at the most, we will be able to establish a trip where people can come in and join in the fun,” Tariq Abdallah, one of the organisers from Nature Conservation Egypt, tells CairoScene. “We plan on having a guided lecture under the auspices of Galala University, as well as a bird migration studies curriculum offered at the university.”

The nearby Al Galala City is a relatively new urban development project in northeast Egypt, just west of the Gulf of Suez. While there are already many routes leading towards and within Al Galala City, it’s currently a bit of a hike to reach Galala Observatory - right now, you would need to carry your equipment for a few minutes to reach the ideal vantage point. But once you’re there, you’ve ascended to bird watching heaven.

So far, the observatory has caught 384,972 birds in action, including Griffon Vultures, three kinds of eagles, and two kinds of buzzards. Amongst those birds, they proudly announced that they saw 1,258 Egyptian Vultures during the spring migratory season. Some flew so close they could have felt their feathers if they had dared to reach out and touch them.

For these ardent bird enthusiasts, excitement is in the air. After the success of their first bird watching season, they’re anticipating opening of the physical observatory later in the year, making bird watching in Egypt more accessible than ever.